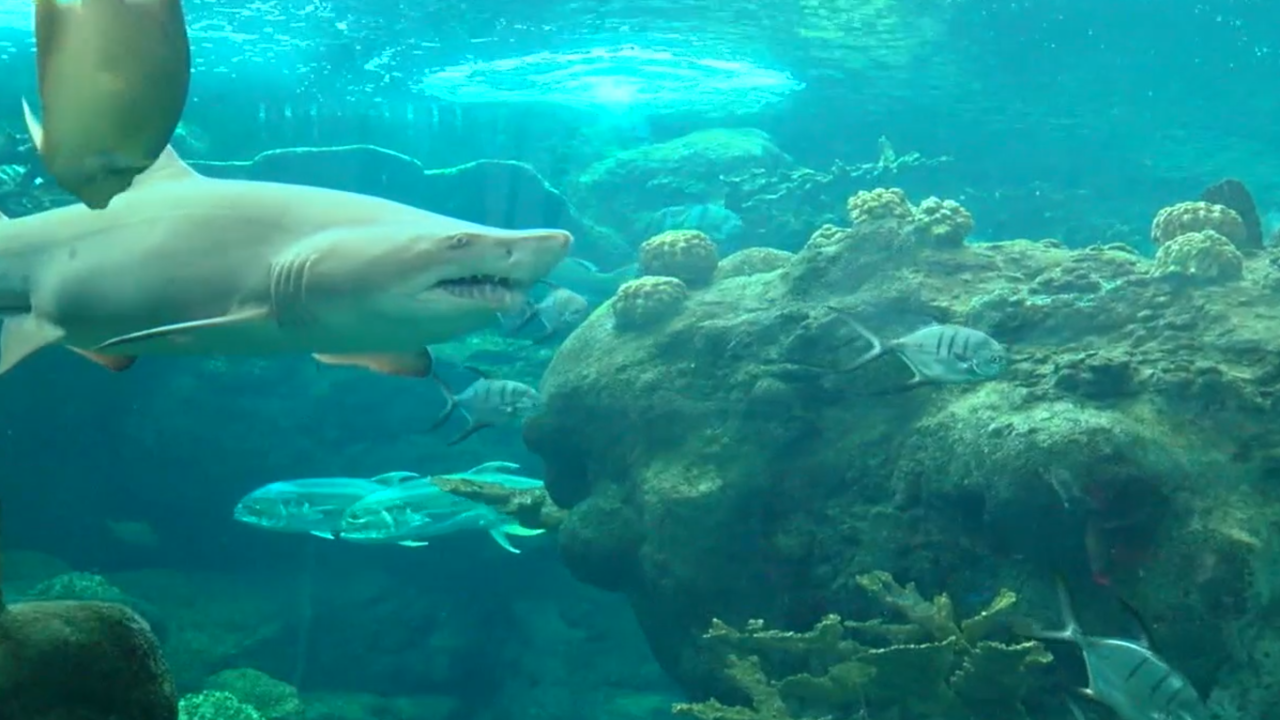 Researchers are trying to find out as much as they can about great white sharks.

After a couple of attacks involving people last year, there are new efforts to learn more about these animals.

It’s moments like the incident at Nauset Beach South that shark experts are studying more closely. Video taken of the beach shows white sharks feeding on seals close to the shore.

Now, researchers are launching new studies, including one looking at the feeding habits and behaviors of these sharks.

“We're essentially going to be giving iPhones to white sharks to track their activity in three dimensions at a really fine scale,” explains Megan Winton, a research scientist with the Atlantic White Shark Conservancy.

Winton and other researchers will be tagging sharks with devices similar to what's in smartphones.

The data would be given to officials to use to provide better warnings on beaches.

The Atlantic White Shark Conservancy is currently pouring over data on a population study they just finished.

“Based on the video footage, we were able to identify every shark we saw to an individual level,” Winton says.

So far, the researchers have identified more than 300 white sharks. Winton calls it a conservation success story, thanks to protections put in place over the last few decades.

“So one thing I like to remind people is that these are large, amazing animals and they're very capable predators and they're certainly deserving of our respect,” Winton says. “But they're not monsters out there, lurking our coastline menacing our beaches. They're big fish out there eating their natural prey item.”

White sharks are the only natural predator to seals in the Cape Cod area, which some residents and fisherman see as a nuisance.

Researchers want to see how many seals the sharks are eating and if they can impact the seal population.