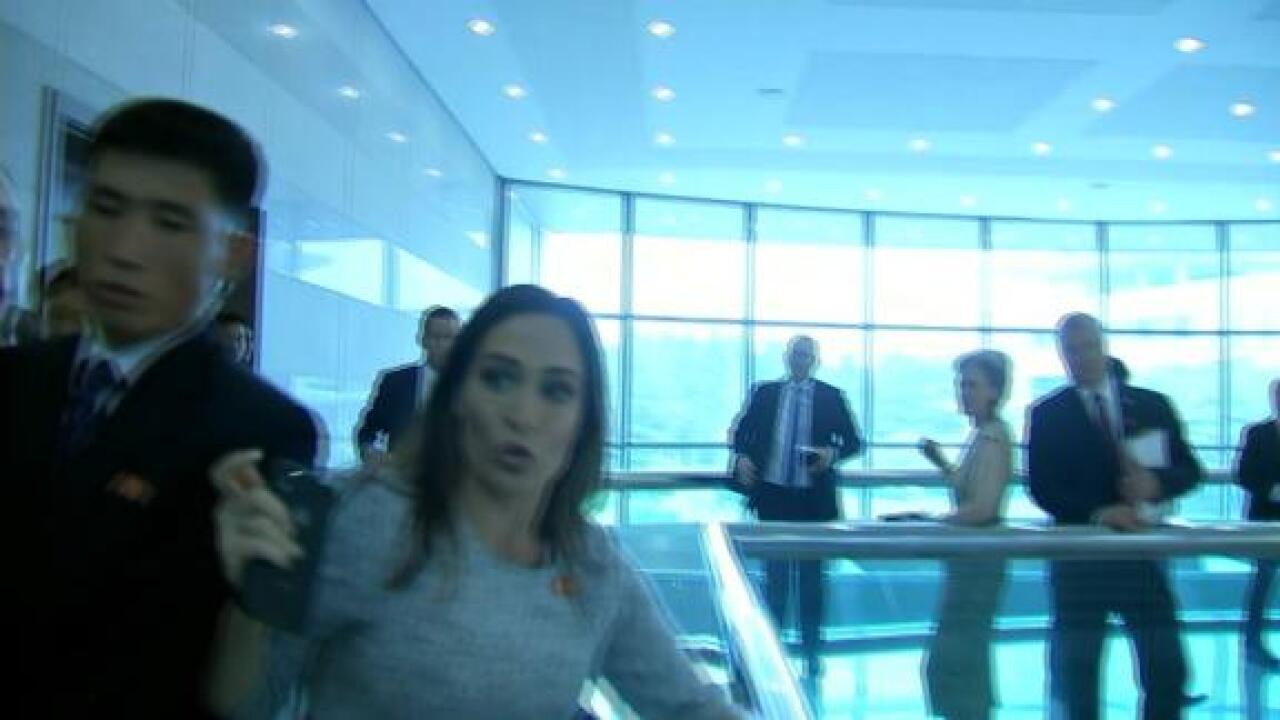 The new White House press secretary, Stephanie Grisham, got into a scuffle with North Korean officials on Sunday during a chaotic scene outside a meeting room where US President Donald Trump and North Korean leader Kim Jong Un talked privately.

A source at the scene said Grisham got in "an all out brawl" with North Korean officials. Grisham was bruised a bit in the scuffle, the source added.

Grisham could be seen after the episode directing reporters outside the building in which Kim and Trump met, and she was later seen looking no worse for wear as she accompanied the President at the DMZ.

Trump shook hands with Kim on Sunday and took 20 steps into North Korea, making history as the first sitting US leader to set foot in the hermit kingdom. The encounter at the heavily fortified Korean Demilitarized Zone -- their third in person -- came a day after Trump raised the prospect of a border handshake in a tweet and declared he'd have "no problem" stepping into North Korea.

Grisham, who has been the communications director for first lady Melania Trump for the past two years, was named last week to replace Sarah Sanders as White House press secretary. Grisham will keep her current job too.

The first lady announced Grisham would assume the role of both White House press secretary and communications director on Tuesday, tweeting: "I am pleased to announce @StephGrisham45 will be the next @PressSec & Comms Director! She has been with us since 2015 - @POTUS & I can think of no better person to serve the Administration & our country. Excited to have Stephanie working for both sides of the @WhiteHouse. #BeBest"