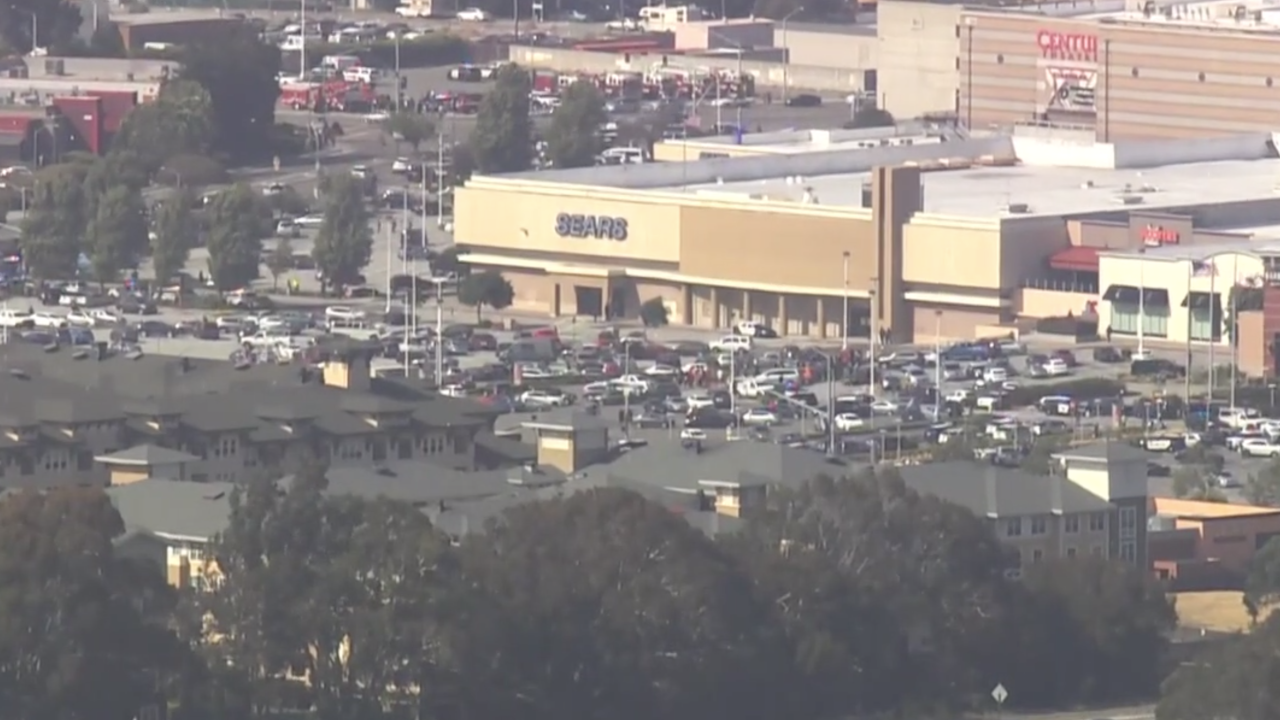 The two victims wounded by a bullet were transported to San Francisco General Hospital. Two others were reportedly injured from non-gun shot wounds, Barberini said. Those two victims were treated and quickly released.

Barberini said that investigators believe there were two gunmen, possibly firing at each other.

He said that the two suspects have not been caught. He added that he does not believe that the gunmen were randomly shooting at victims.

"Please stay out of the Tanforan area - San Bruno Police Department is on scene investigating a shooting. We will update when we have more information. Thank you," the police department tweeted.

KGO-TV added that customers at the mall are being evacuated from the mall. The mall's rail station has been shut down. There is also a large police presence at the mall.