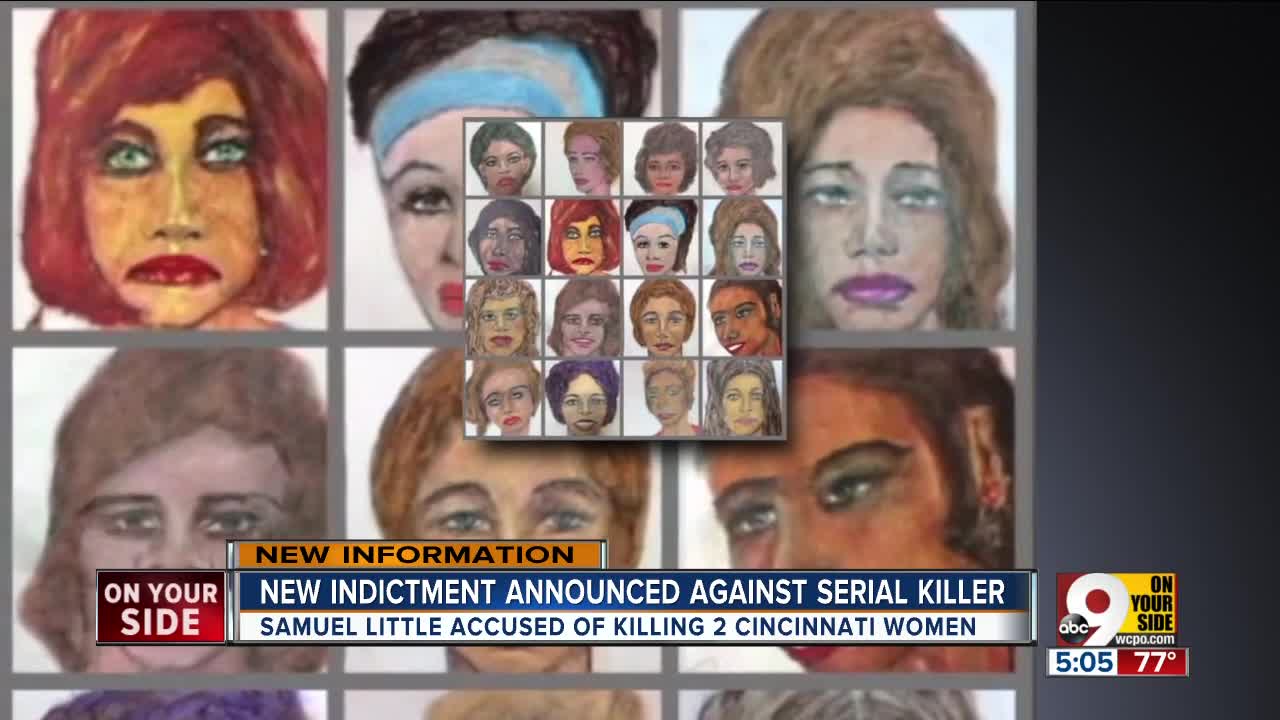 The Hamilton County grand jury has indicted a “prolific” serial killer, Samuel Little, in connection to the murders of two women in Cincinnati. 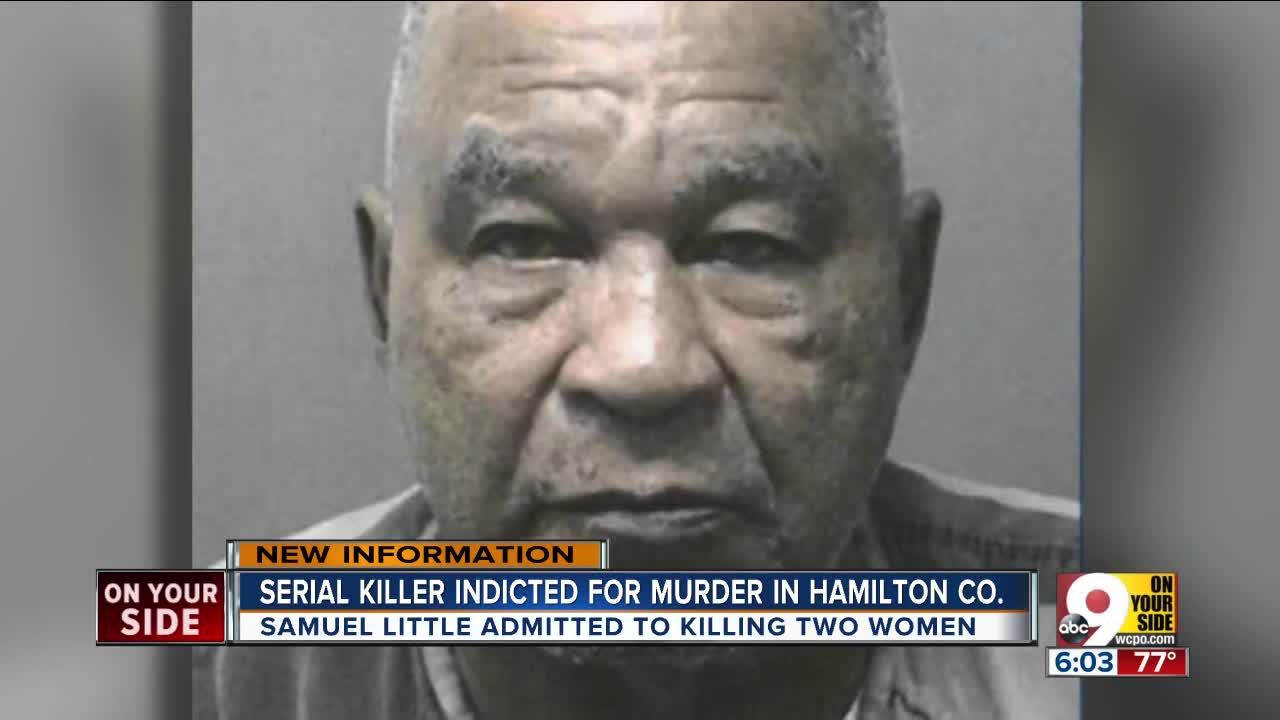 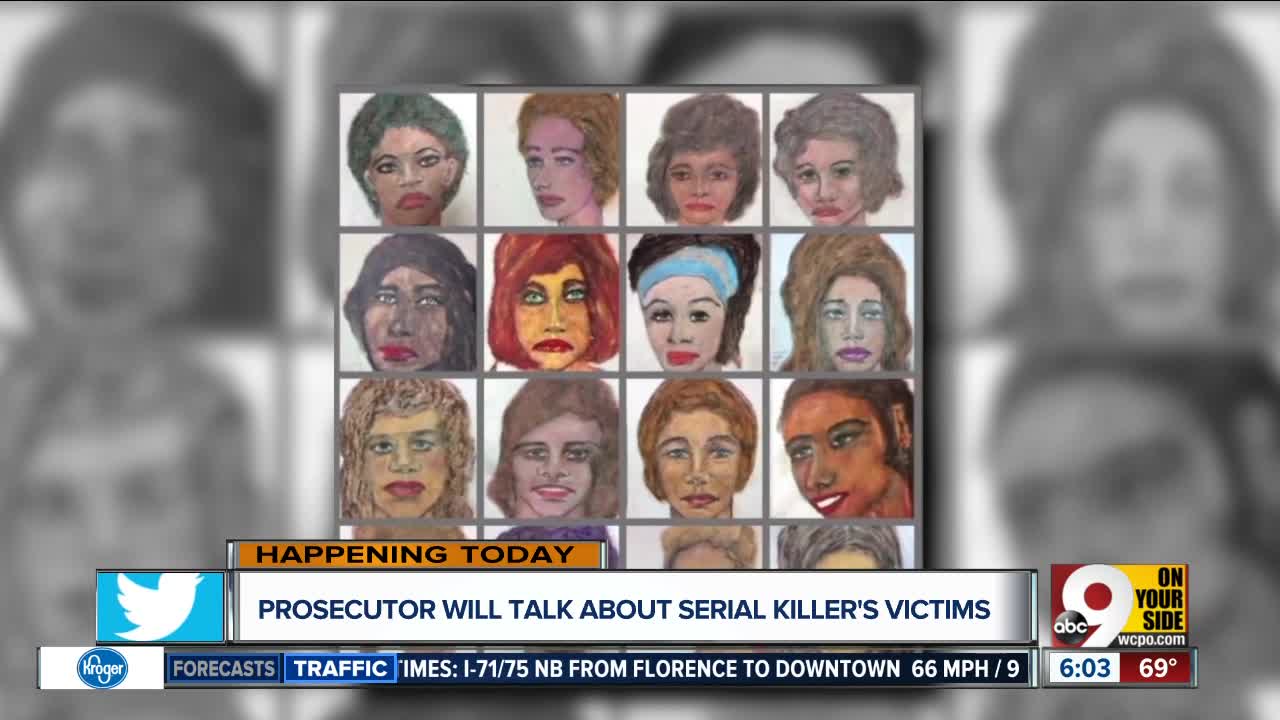 CINCINNATI -- The Hamilton County grand jury has indicted a “prolific” serial killer in connection to the murders of two women in Cincinnati.

Watch Deters' news conference in the player below.

Little is being held at a prison near Los Angeles on other murder charges. Little last week confessed to the murders of Stewart and Jane Doe in Cincinnati.

Det. Mark Piepmeier said it's "weird to say" that Little was friendly, forthcoming and wanted to help identify Jane Doe when they spoke.

"I think he could blend in on the street, because as we're sitting across from him he comes off as very normal," Piepmeier said.

Little is too ill to travel, so Judge Melba Marsh expects to take his guilty plea from California via a video chat service, such as Skype. According to Deters’ recollection, that’s never been done in Hamilton County. Deters said he expects a plea in early August.

The FBI says it believes Little killed 93 women as he crisscrossed the United States for four decades. Little, who grew up in Lorain, Ohio, confessed to 90 killings between 1970 and 2005, the FBI said in November.

Little draws his victims. He writes notes on those pictures. And he remembers, in some cases, a lot of detail. Deters and police are hoping someone might recognize the "Jane Doe" in Little's drawing below.

Jane Doe was a black woman. Little said he didn't have the right color for her skin when he first made the drawing (above left), so authorities made a rendering of the drawing (right) with darker skin. Doe was slender with dark skin and dark eyes. She had short hair and wore a wig and glasses. She lived in an apartment in Over-the-Rhine with a Hispanic woman. Authorities believe Doe could have been 15 to 50 years old, and Little confessed to murdering her sometime between 1980 - 1999.

Interns are looking through files at the coroner's office to see if one of Little's victims could be Jane Doe, Deters said.

"He specifically looked for girls with a certain neck type that he liked," Deters said. "And that's why he did it. That's how twisted this guy is."

"He said, 'How could you tell a man not to have intercourse with a woman? Well that's like telling me not to strangle people,'" Piepmeier said.

Little targeted women who he thought would not be missed, "street people and prostitutes," Piepmeier said.

Asked why Little drew pictures of his victims, Deters said, "Why did he kill them, I don't know."

"Look, this is the fifth serial killer that I've dealt personally with since I've been prosecutor," Deters said. "They all have proclivities that people don't understand, but the reality is, they have a compulsion to kill people. They're not insane. They're nothing but evil, period. And that is what we're dealing with."

Deters asks anyone who knows anything about Jane Doe to contact one of the following: