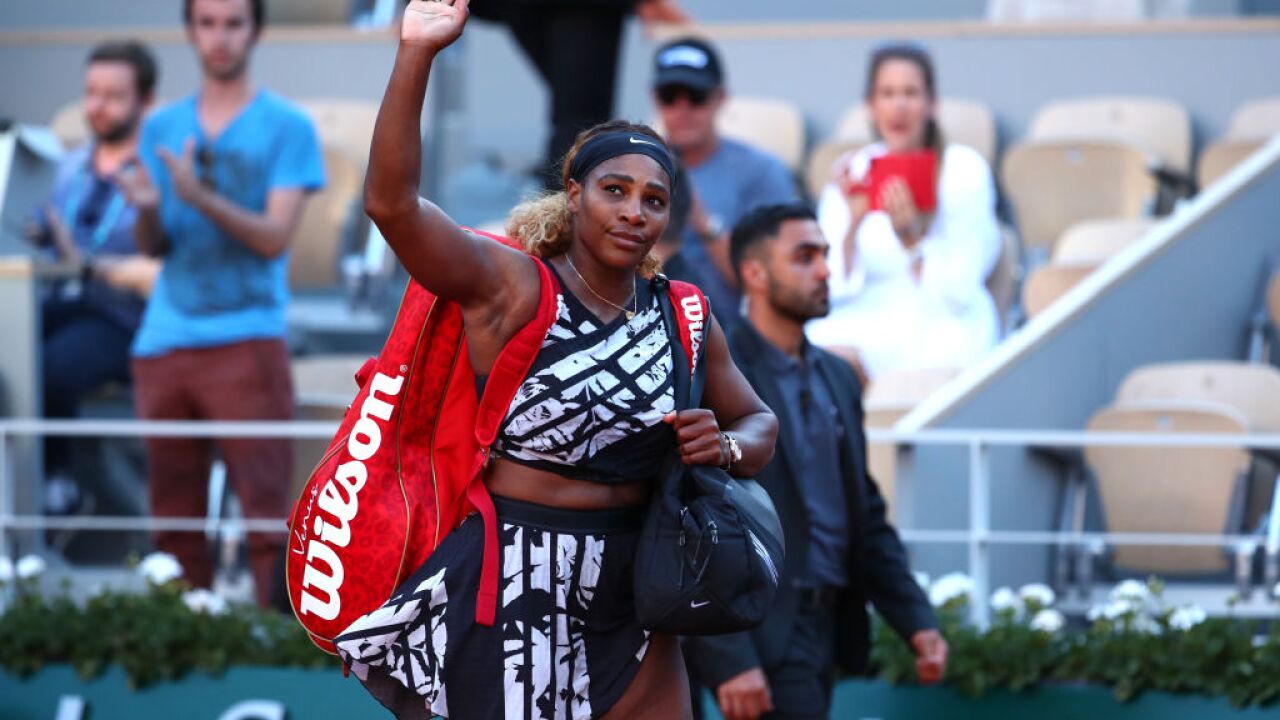 Serena Williams and Naomi Osaka — the grand slam leader in the professional tennis era and newcomer who had surged to the last two majors — both exited the French Open on Saturday in a double shock.

Osaka was the first to depart in the afternoon 6-4 and 6-2 to Katerina Siniakova of the Czech Republic before Williams fell to fellow American Sofia Kenin 6-2 and 7-5 in a dramatic evening contest.

Williams was short of matches entering the French Open, completing a mere three after her eventful Australian Open that ended with an ankle injury in a quarterfinal defeat.

Illness, but more prominently of late, a knee injury have kept the winner of 23 majors on the sidelines.

Yet any tournament the 37-year-old plays in is one she can win. And when Williams recovered from a set and break down to lead her 35th-ranked rival 5-4 in the second set, few would have bet against her.

Her smooth, potent serve started to click and the 10th seed had the fans on Philippe Chatrier court behind her, especially as Kenin contested several line calls.

But her 20-year-old foe, born in Moscow, hung in there and broke for 6-5 in a game that began with Williams erring long on a forehand with Kenin stranded.

Williams had one more chance but sent a forehand wide on break point. Then on a second match point, her backhand sailed long.

Osaka, meanwhile, admitted the French Open was just too much to handle.

The world No. 1 saw her bid to become the first female player since her idol Williams in 2015 to claim three straight majors come to an end.

"Definitely I think this tournament I have had a feeling that was different to the other grand slams, or every other grand slam that I have played, because usually I find it very freeing and fun, and this time around I was kind of tense the entire time," Osaka told reporters.

The fatigue that Osaka said she felt against Siniakova might have been a result. And she suspected headaches she experienced earlier at the clay-court major were because of stress.

Still, her level of disappointment at exiting was off the charts.

When Osaka remarked before the tournament that she sought a calendar year grand slam -- last achieved by Steffi Graf in 1988 -- it could have been interpreted as a tongue in cheek comment or at least a goal for further down the road.

But she clearly focused on doing it this year, which she called a mistake.

"I think I was overthinking this calendar slam," said Osaka. "For me this is something that I have wanted to do forever, but I think I have to think about it like if it was that easy, everyone would have done it.

"I just have to keep training hard and put myself in a position again to do it hopefully."

Osaka is adapting to the clay but she is a quick study, evidenced by a 7-1 record on the surface this season entering the French Open.

That combined with her performances at the US Open -- where she defeated Williams in a controversial contest -- and Australian Open suggested that another comeback would be in the cards against Siniakova.

Osaka after all rallied from set and break deficits in the first round against Anna Karolina Schmiedlova and second round against fellow grand slam champion Victoria Azarenka.

It felt like her victory over Azarenka could spark a glittering run but it wasn't to be.

The 42nd-ranked Siniakova -- No. 1 in doubles -- starred in the juniors and for her country in last year's Fed Cup final against the US.

The 23-year-old took her chances, converting three of six break points, while Osaka went 0 for 7, all in the opening set. She was also tidy from the baseline, whereas Osaka committed 38 unforced errors.

When Osaka erred on match point, Siniakova moved into the fourth round at a major for the first time and collected a maiden victory over a No. 1.

Siniakova downed defending French Open champion Simona Halep in China two years ago. On Saturday, Halep prevailed against Lesia Tsurenko in around an hour 6-2 and 6-1 after three-setters in her opening two outings.

Djokovic breezed past Italian qualifier Salvatore Caruso 6-3, 6-3 and 6-2 and is yet to drop a set -- or come close to it.

The Serb's own chances of completing a calendar year grand slam are still on and if he wins the title, Djokovic would hold all four majors for the second time in his career.

Wawrinka -- who trailed 6-2 in the final tiebreak -- also accomplished a career grand slam of victories over Dimitrov.

Five-set battles are no surprise for Zverev at Roland Garros. He improved to 5-0 by defeating Monte Carlo finalist Dusan Lajovic 6-4, 6-2, 4-6, 1-6 and 6-2 a year after they went the distance in Paris.

Coric went a mere 4-20 on break points. When he did break at 6-6 in the fifth, he was immediately broken back.