SCOTUS: Memorial cross honoring fallen soldiers not a violation of separation of church and state 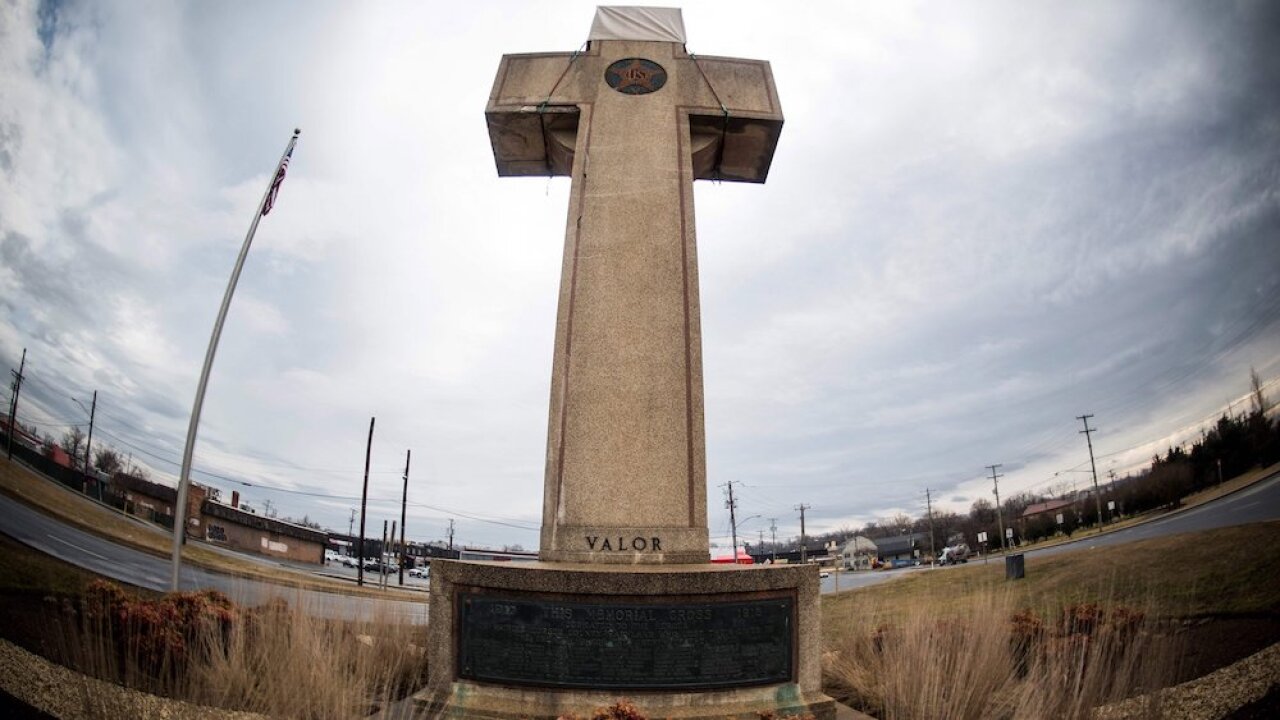 The Supreme Court said on Thursday that a 40-foot cross on public land in Maryland that was built to honor fallen soldiers in World War I does not violate the separation between church and state and can remain standing.

Justice Ruth Bader Ginsburg dissented from the 7-2 ruling in the case and took the unusual step of reading her dissent from the bench.

The American Legion built the so-called "Peace Cross" in 1925 to honor 49 local men who died serving in World War I. Mothers of the fallen soldiers designed the memorial to mirror the crosses that mark graves in American cemeteries overseas.

"This Memorial Cross Dedicated to the Heroes Of Prince George's County who gave their lives in the great war for the liberty of the world," a plaque reads.

The cross was deeded to the Maryland-National Capital Park and Planning Commission in 1961, after a highway was built around it. It stood without conflict until 2012, when nearby residents sued, arguing that they are offended by the government's endorsement of religion and the fact that the cross is maintained with taxpayer money.

After oral arguments in February , it appeared like the justices were going to rule in favor of the cross.