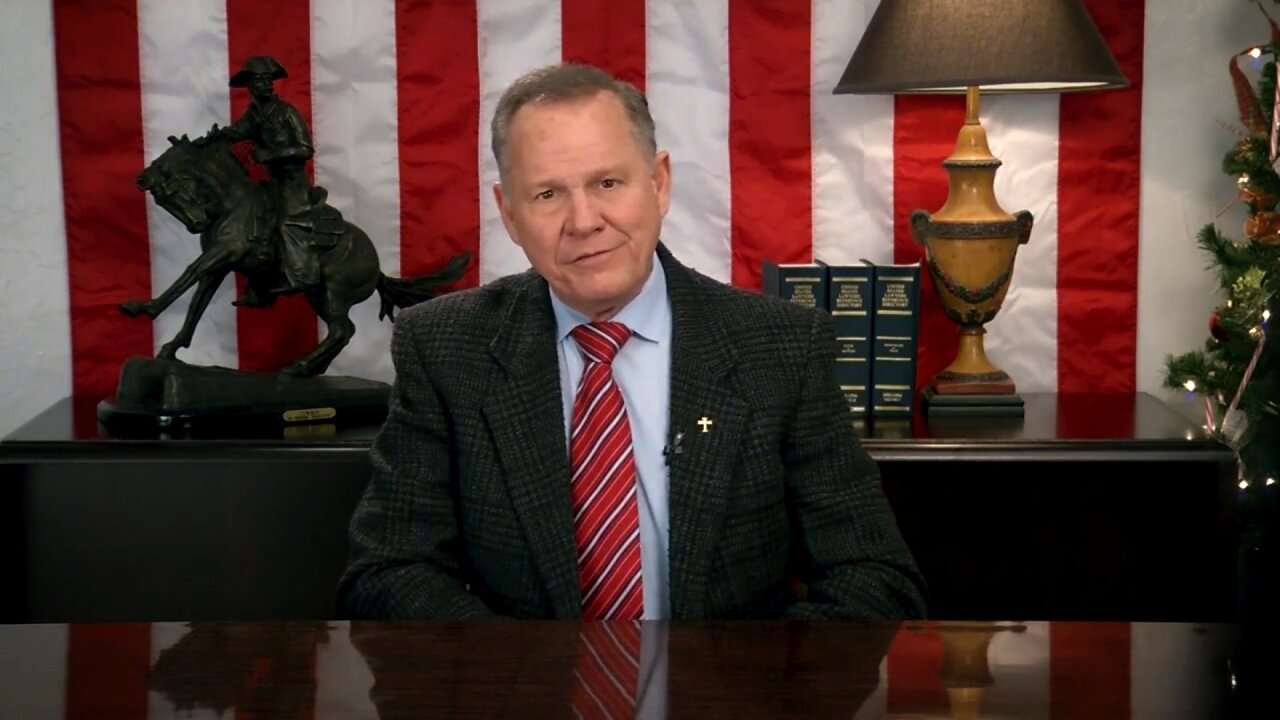 Former Judge Roy Moore announced Thuesday he'll run for the US Senate seat in Alabama he failed to win in 2017 after three women alleged he sexually abused them when they were teenagers decades ago.

Moore denied the allegations and claimed that there was a " political conspiracy " against him.

The Senate Republicans' official campaign organization views a Moore candidacy as the only thing that can come between them and defeating Democratic Sen. Doug Jones , their best pickup opportunity in the country. Rep. Bradley Byrne, former Auburn University football coach Tommy Tuberville and state Rep. Arnold Mooney have already announced their campaigns. Secretary of State John Merrill will soon announce his plans.

In 2017, Moore won the GOP nomination for a special election despite the Senate Leadership Fund, a super PAC aligned with Senate Majority Leader Mitch McConnell, spending millions of dollars against him and for then-Sen. Luther Strange, who had been appointed to fill former Attorney General Jeff Sessions' seat.

During the general election, Moore earned the high-profile support of President Donald Trump and Alabama Republican congressmen. But the National Republican Senatorial Committee cut ties with his campaign following the sexual assault allegations and then-NRSC chairman, Sen. Cory Gardner of Colorado, pledged to never support Moore again . Moore lost to Jones, a Democrat and former US attorney, by fewer than 2 points in a state that Trump won by 27.

Since then, he has lost the support of Republicans, including Trump's. Last month, Trump tweeted that Moore "cannot win" and the consequences of another loss would be "devastating."

"I have NOTHING against Roy Moore, and unlike many other Republican leaders, wanted him to win," tweeted Trump. "But he didn't, and probably won't."

Moore has long been a controversial figure in the state. He was twice elected as Alabama chief justice but was removed both times, for installing a giant statue of the Ten Commandments in the state judicial building and for ordering lower court judges to refuse to marry same-sex couples.

"I strongly believe after going through the experience in 2017 that we need a better nominee," Byrne told CNN. "We need somebody that can defeat Doug Jones and somebody that we can all feel good about voting for."