A bust of Rosa Parks by Detroit based artist Artis Lane now sits in near President Biden's desk in the Oval Office of the White House.

DETROIT (WXYZ) — The Oval Office has a new look and it now features the work of a Detroit artist. A bronze portrait of Rosa Parks created by her friend and world-renowned artist, Artis Lane.

The piece now sits prominently in the highest office of the land, where the President of the United States meets with other world leaders, an honor with historical significance.

At nearly 94 years young, Artis Lane has been sculpting and painting history nearly as long as she’s lived it.

“My mother’s gift to me was that name, it was pre-ordained," said Artis, meaning she believes she was born to be an artist.

Lane grew up in Canada and moved to Detroit as a young adult, marrying journalist Bill Lane. Throughout her career she has lived in New York City, in Los Angeles, and now she is back in Detroit.

As a painter and a sculptor, she’s been commissioned by world leaders and influencers from past presidents to Nelson Mandela.

Her piece called Sojourner Truth was the first sculpture in the United States Capitol to honor an African American woman. 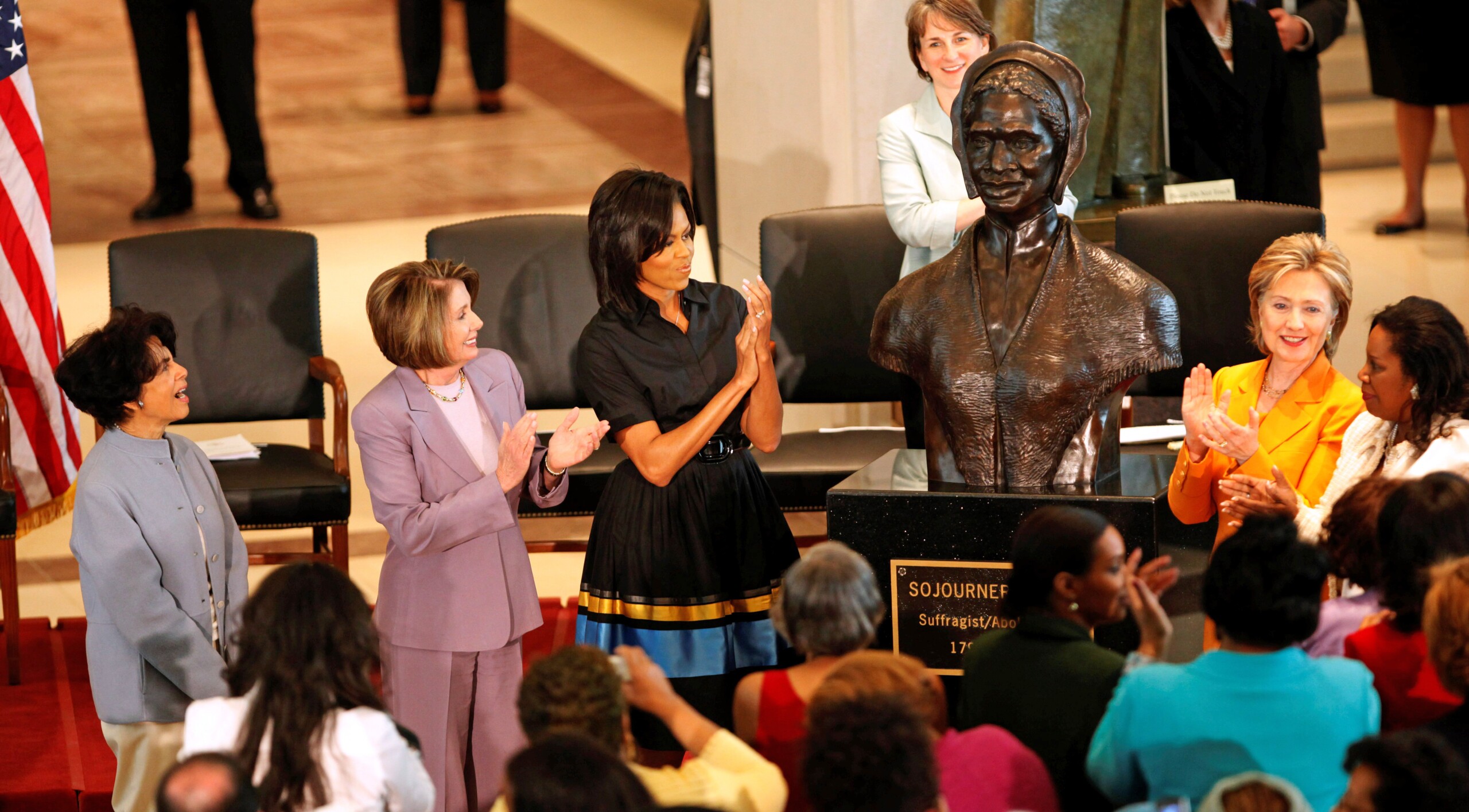 Sculpting Rosa Parks was different. Parks stood in Lane’s backyard and posed for the portrait. To Lane, Parks wasn’t just a civil rights hero, she was a dear friend.

“She was like a sister to me,” said Lane.

“I had to walk through a police section of town, which had threatened to harm us if we went,” said Lane describing how several friends walked on either side of them for protection.

It was the start of a special friendship.

“Like sisters. Because we had the same. She was a very devoted woman,” said Lane.

In 1991, the two posed for pictures for the historic unveiling of the bronze portrait at the Smithsonian where it was on public display for 40 years.

A new president has brought in new White House decor and now the Rosa Parks bust sits prominently in the highest office of the land, the Oval Office.

“It represents America’s struggle to rid itself of bigotry and she represented that in her own self-sacrifice,” said Lane.

It’s an honor to have a piece of her art in the Oval Office, but more than that Lane says it is a reminder that our legacy and it’s impact lives on long after we do.

“It’s a permanent reminder of the history of America in which she played a very strong part,” said Lane.

Artis Lane says her work is spiritually motivated. She works on 3 levels of consciousness: portraits, social or moral and metaphysical.

This story originally reported by Jennifer Ann Wilson on WXYZ.com.