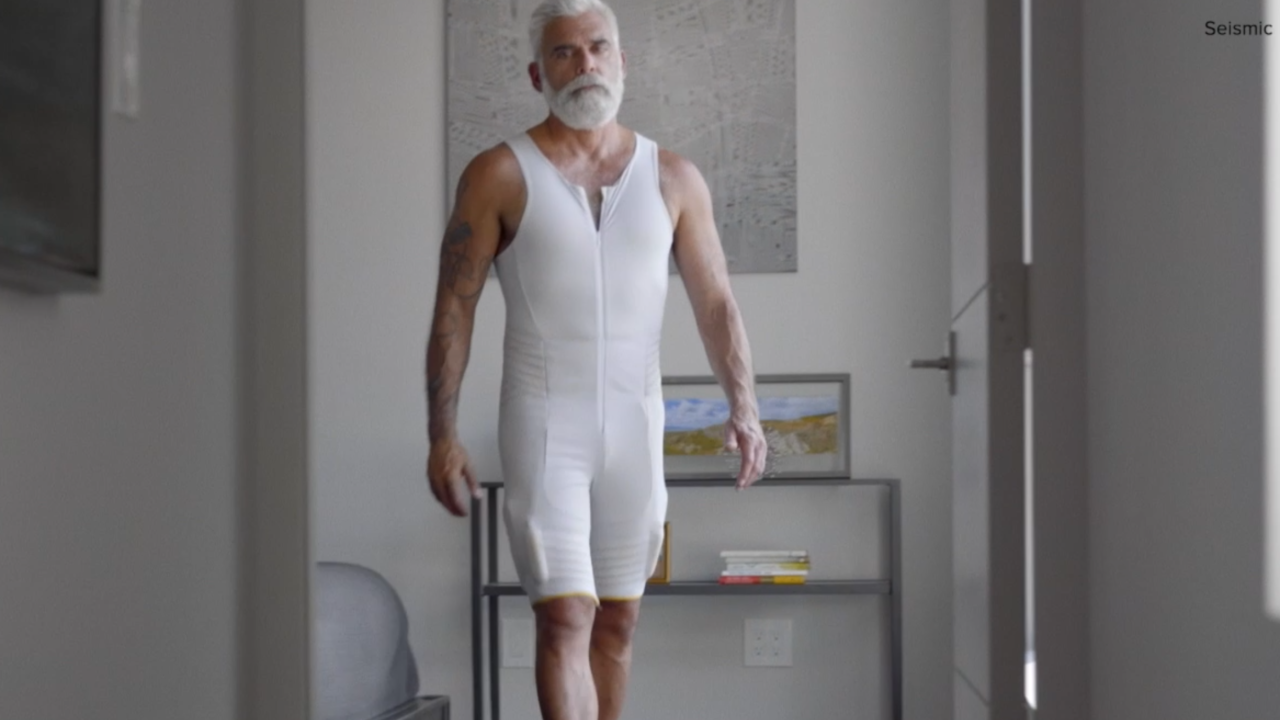 At first glance, you would never know that Rich Mahoney’s clothes are different. That’s until, of course, you hear the hum of tiny robotic machinery working beneath the surface.

That’s because underneath Mahoney’s clothing is what he calls robotic clothing.

“It’s like a layer of extra muscles integrated into your clothing around your body,” he says.

Mahoney is the CEO of Seismic , a company that’s created a sort of jumpsuit that has robotic muscles positioned along the hip and around the abdomen sewn inside it.

“Kind of like your tendons harness your biological muscle to your skeleton,” Mahoney describes. “So those muscles, when they turn on, they pull on your body on the outside of your body.”

The clothing is designed to give a user extra strength, whether someone is standing still or moving.

“The intention of this is to allow people to be more mobile,” he says.

Mahoney hopes it could assist seniors with walking and even alleviate back pain in people of all ages.

Because it’s still a prototype, Mahoney and Seismic didn’t want cameras to see the working components up close. Additionally, each suit they have is tailored to specific users, so we weren’t allowed to try one on for ourselves.

Mahoney describes the feeling of turning it on as akin to “changing the tightness of clothes that you’re wearing.”

“[It’s like] you just put on a pair of shorts that’s a little tight, then another pair, and then the tightest possible shorts,” he says. “And that’s happening in a way that’s automatic. And as it’s happening, it’s supporting you; it’s creating this extra strength.”

Mahoney says their goal is to make this type of “extra strength” available to consumers for under $5,000. He said they’re already conducting trials with users in the service industry and retirement communities.