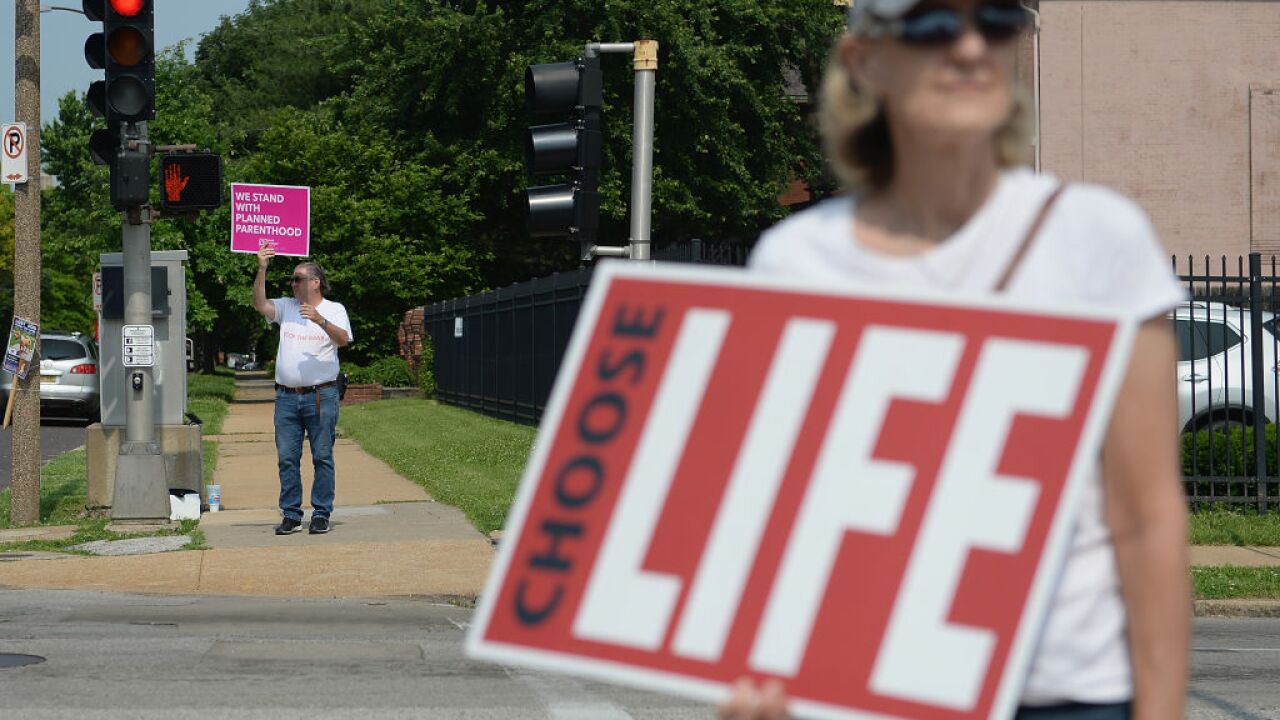 Top executives from more than 180 companies have a message for lawmakers: Restricting abortion is "bad for business."

A letter endorsed by the business leaders appeared as a full-page ad in Monday's New York Times, declaring "it's time for companies to stand up for reproductive health care."

They argue that limiting access to comprehensive care, "including abortion," threatens "the health, independence, and economic stability of our employees and customers." The letter says strict abortion laws are "against our values" and impede corporate efforts to build diverse workforces.

Among the list of the ad's endorsers are chief executives from Yelp, Slack, Tinder, H&M, and food delivery app Postmates. Jack Dorsey, CEO of Twitter, was also on the list, though he signed on behalf of the other company he runs, digital payment firm Square. The group included fashion designer Eileen Fisher.

Businesses have shown a growing willingness to take stands on issues like LGBTQ rights, immigration and gun control — but they've remained mostly silent on abortion policy through years of debate.

That changed for some companies this year after Alabama lawmakers approved a near-total ban on abortion, and as "heartbeat" laws, which prohibit abortions when a fetal heartbeat is detected or as early as six weeks into a pregnancy, gained new traction in several states. They include Georgia, Mississippi, Kentucky and Louisiana.

Three of the world's biggest entertainment companies — Netflix, Disney and WarnerMedia — said last month that they may stop producing movies and TV shows in Georgia if the state's "heartbeat" law takes effect. (WarnerMedia, a unit of AT&T, is the parent company of CNN.)

The executives behind the letter were brought together by a coalition that includes the ACLU, Planned Parenthood and the advocacy group NARAL Pro-Choice America.

Ilyse Hogue, NARAL's president, said in a statement that the organization applauds the executives for "taking a stand on behalf of their employees, customers, and communities."

"We encourage the entire business community to join us in protecting access to reproductive health care in the critical months and years to come," she added.

The coalition is calling the campaign "Don't Ban Equality" and it launched a website Monday that invites other executives to sign on.

Vikrum Aiyer, vice president of public policy at Postmates, said in an interview with CNN Business that his company decided to speak out "principally because of values" and because restricting women's access to abortion hampers their ability to "make economic choices."

"The lack of simple access to care and treatment, and having to leave state lines in order to seek that treatment, means not only is their well-being at risk, but their economic and financial circumstances are at risk," Aiyer said.

"We already have pretty anemic parental leave laws in this country to begin with, and a pay gap on top of that," he said, calling abortion restrictions "another chipping away of gender equity."

Aiyer said Postmates is bracing for pushback from consumers who disagree with the company's stance — but, he added, "it matters more to us that women are stood up for."

"It's not a Democratic value or a Republican value; it's the value of personal sovereignty," Aiyer added. "Democracy is messy, but our taking of a position is more about sparking a conversation than imposing a position on our employees or customers."