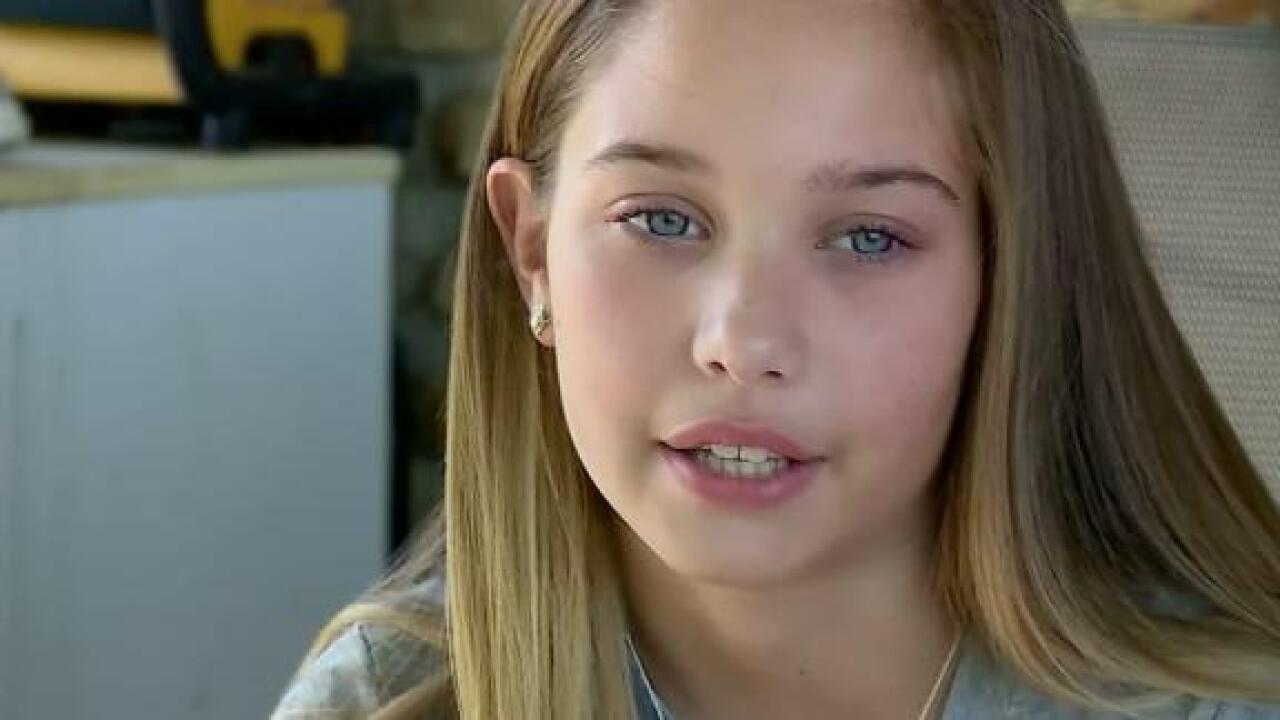 A day at the beach has turned into weeks of pain and agony for an Indiana teenager after she contracted a flesh-eating disease in Florida.

At first 12-year-old Kylei Brown and her family couldn't figure out just what was going on with her. The family, from Indiana, arrived in Destin earlier this month on vacation.

After a day spent frolicking on a beach, Kylei woke up with an awful pain in her lower leg.

"Monday, we wake up to begin our day and Kylei wakes up and she has pain in her calf on her right leg," her mother Michelle Brown told CNN affiliate WKRG .

Everyone just thought it was a charlie horse, Brown said, so the family continued on with their vacation. But the next day Kylei's pain was even worse. It was so bad she couldn't even walk.

"At that point, I had to put her on my back and carry her around," Brown said. Kylei's leg started to swell and she developed a fever.

It's fast-moving and deadly

The family reached out to Kylei's doctor on the way back to Indiana. The doctor told Brown to take Kylei to the emergency room at Riley Hospital for Children at IU Health, and that's when the family found out that the infection behind her knee was necrotizing fascitis, a rare flesh-eating disease. It's fast-moving and deadly, and 1 in 3 people who get it die, the Centers for Disease Control and Prevention says .

"If it wasn't for the quick responses and aggressive treatments, I wouldn't have her," Brown told CNN affiliate WXIN .

Days of surgeries lie ahead

As she recovers, Kylei faces days of surgeries and months of therapy so she can learn how to walk again. So far she's had three surgeries. The family has put out a GoFundMe page to collect donations to help pay for her escalating medical bills.

Necrotizing fascitis can be caused by different kinds of bacteria, like Group A Strep or Vibrio vulnificus. The bacteria, often found in water, can enter the body through an open wound. Brown thinks Kylei had a wound on her lower leg after she hurt herself on a skateboard before the family left for Florida.

The CDC recommends avoiding spending time in natural bodies of water, hot tubs or swimming pools if you have an open wound.

The Florida Department of Health said it had not been contacted by the family or anyone who said they may have been exposed to this bacteria in the state.

"We are taking this issue seriously and are working with the Alabama and Indiana departments of health to collect information on this case and determine if this was caused by a bacteria such as vibrio or any other reportable health condition, Emerson George, a spokesperson for the health department, said in an email.

CNN has reached out to the family and is waiting to hear back.