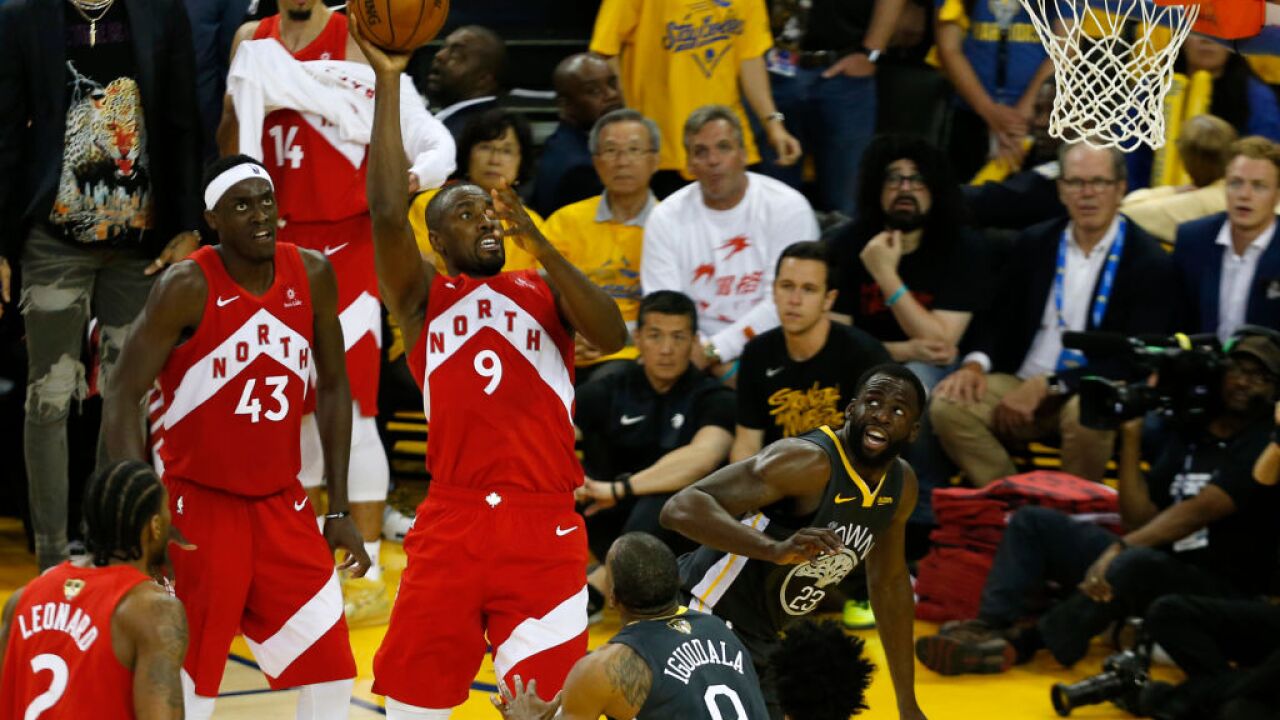 The Raptors showed the mettle of a champion, coming back in the fourth quarter to defeat the Warriors 114-110 to win the NBA Finals 4-2.

The Raptors nearly made a fatal error in the final 10 seconds after a turnover, but Stephen Curry's 3-point attempt missed. The Warriors then tried to save the basketball, but did not have a timeout, sealing Toronto's victory.

The Warriors entered the game one day after learning star forward Kevin Durant tore his Achilles. Even without Durant, the Warriors still had enough star-power to compete for another title. And the Warriors went toe-to-toe with the Raptors, leading for much of Thursday's game.

Despite missing the entire fourth quarter, Thompson led the Warriors with 30 points.

Thursday's game marked the final one in Oakland. The Golden State Warriors are moving across the Bay Bridge to a new arena in San Francisco next year.