'Puppy dog eyes' have evolved to appeal to humans 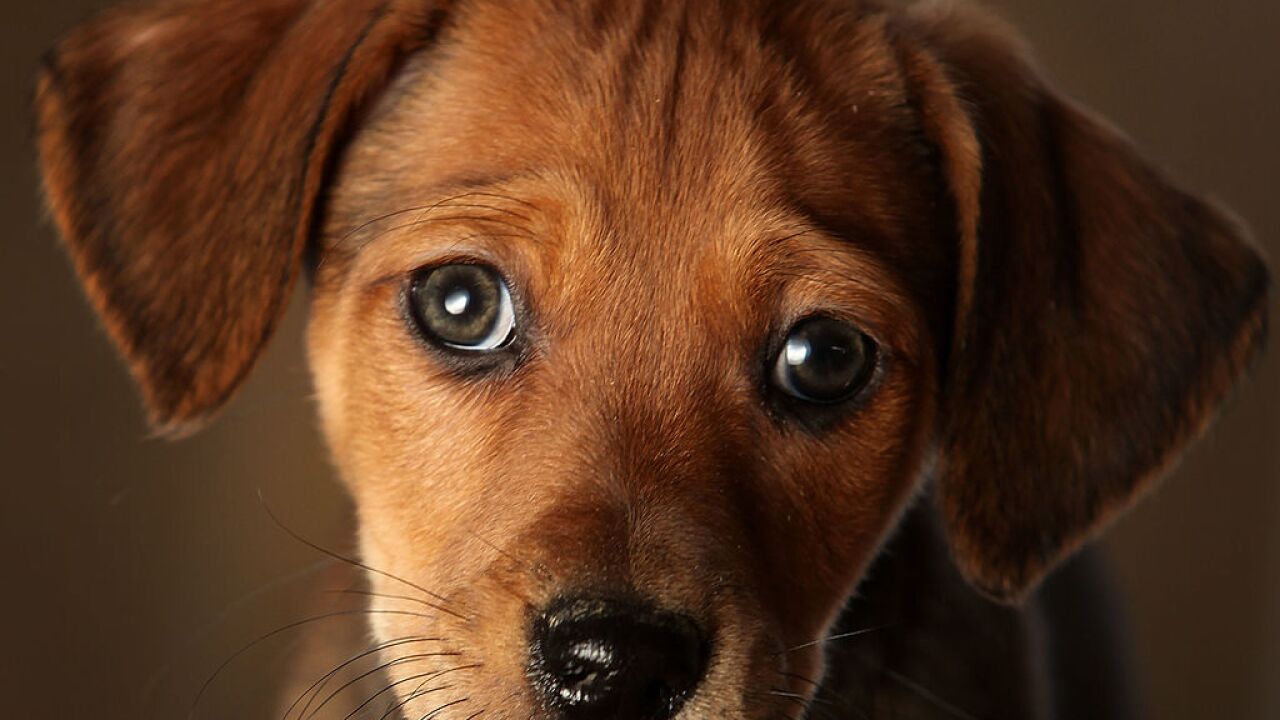 Dog owners have long been aware of the phenomenon of puppy dog eyes -- just a simple glance from a canine companion can soften even the hardest of human hearts.

Researchers think there is a reason for this -- with dogs evolving new muscles around the eyes to help bond with their two-legged friends.

Experts in the UK and USA who studied the anatomy and behavior of dogs and wolves found that the muscular composition of canine faces has changed, allowing them to "better communicate with humans."

Researchers dissected dog and wolf heads and found that the facial muscle anatomy of both animals was almost identical -- except for an eyebrow muscle, found only in dogs, that allows them to "intensely" raise their eyebrows.

The study, published in the Proceedings of the National Academy of Sciences of the United States of America (PNAS) journal, found that the inner eyebrow raising movement makes the dogs' eyes "appear larger, more infant like and also resembles a movement humans produce when they are sad."

This prompts a "nurturing" response in humans, Juliane Kaminski, a comparative psychologist at the University of Portsmouth in the UK and the study's first author, told CNN.

"The findings suggest that expressive eyebrows in dogs may be a result of humans' unconscious preferences that influenced selection during domestication. When dogs make the movement, it seems to elicit a strong desire in humans to look after them," she said in a statement.

This would give the dogs that moved their eyebrows more a "selection advantage" over others, reinforcing the trait in subsequent generations.

The researchers also studied the behavior of dogs and wolves and found that when exposed to a person for intervals of two minutes, dogs raised their inner eyebrows more and at higher intensities than wolves.

"Our findings show how important faces can be in capturing our attention, and how powerful facial expression can be in social interaction," the study's co-author, evolutionary psychologist Bridget Waller, said in a statement.

Experts believe the research indicates that the facial change has occurred over thousands of years of domestication.

Lead anatomist Anne Burrows of Duquesne University in the US city of Pittsburgh, another of the paper's co-authors, said: "To determine whether this eyebrow movement is a result of evolution, we compared the facial anatomy and behavior of these two species and found the muscle that allows for the eyebrow raise in dogs was, in wolves, a scant, irregular cluster of fibers."

"The raised inner eyebrow movement in dogs is driven by a muscle which doesn't consistently exist in their closest living relative, the wolf. This is a striking difference for species separated only 33,000 years ago and we think that the remarkably fast facial muscular changes can be directly linked to dogs' enhanced social interaction with humans."

Previous studies have found that dogs can discriminate between positive and negative human emotions.