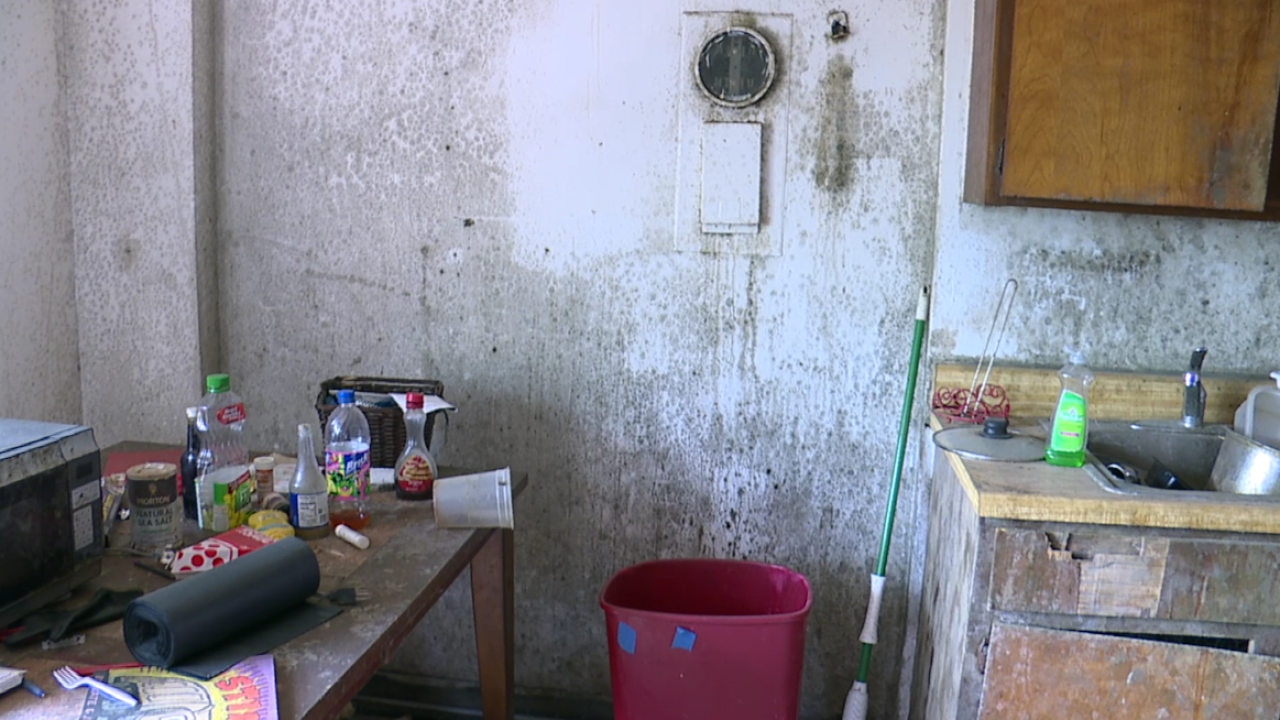 It's a stark look inside some of the nation's public housing: Crumbling Walls, water-damaged ceilings and floors lines with mouse traps.

"It's just disgusting how we have to live," says Patricia Bishop, who lives at a public housing property in Washington, D.C.

For 14 years, she says she has steadily seen conditions get worse.

" The mold, the rats, the mildew. ... It is just filthy and disgusting. We're humans but we're being treated like trash," she said.

In some cases, conditions are so bad residents are being forced to leave. Mold drove out people who lived in that same property.

" When you don't have enough money, all you can do is move forward with band aid approaches," said Tyrone Garrett, who oversees public housing in DC.

The federal government has cut funding in the past 10 years, he says, making conditions worse.

"I wouldn't want a family member of mine — my mother, my brother, my sister, my father or my grandmother living in conditions like this," he said. "Any more drastic cut to what we're doing and they'll be major impacts to our families — more than what we've seen here today."

The White House argues a different approach is needed. The Trump administration says tax breaks will motivate private developers to help renovate these properties and invest in low-income communities.

"Our actions will directly improve the lives of countless low-income Americans, it's pretty much aimed at that," President Donald Trump has said.

While some agree that public-private partnerships can help, the concern is it will take years to see the benefits.

"We can't revitalize 2600 units, even if we use private capital in any way shape or form quickly. It won't happen within a year," Garrett said.

Any proposal will need the approval of Congress, and members of the President's own party have expressed concerns with parts of the plan.