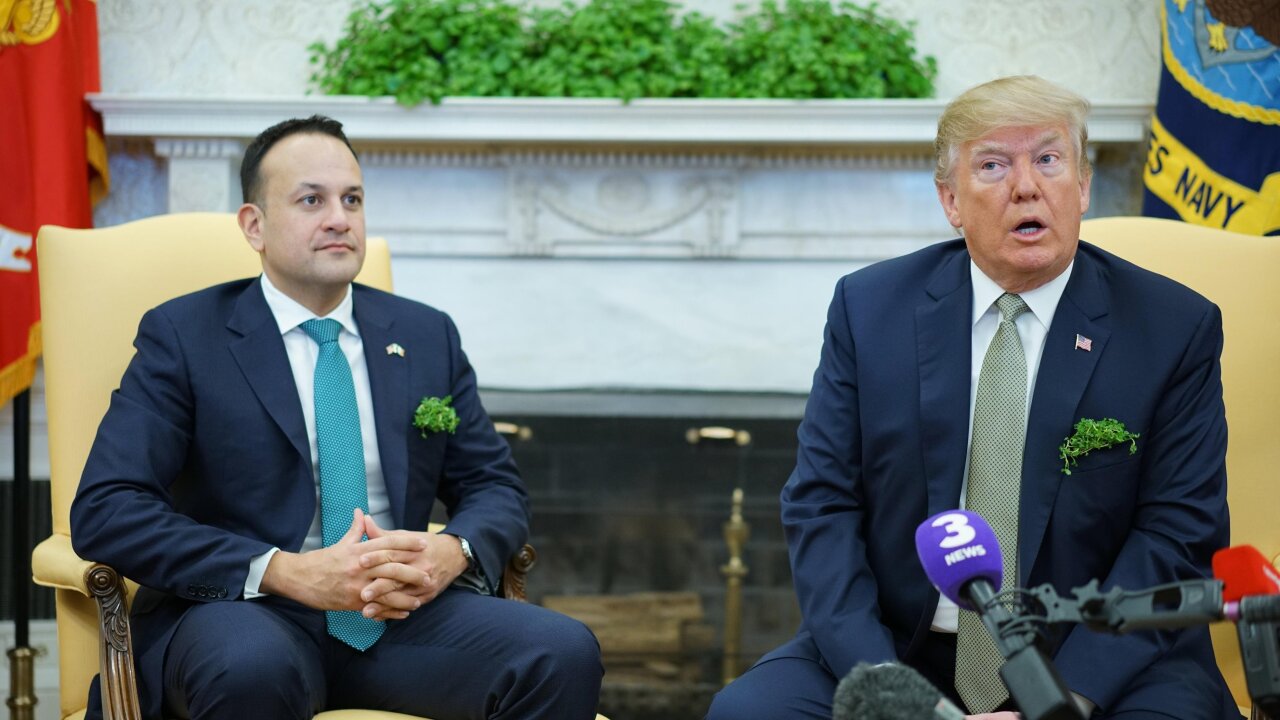 President Donald Trump will visit Ireland as part of his current state visit to the United Kingdom and events in England and France marking the 75th anniversary of D-Day, the White House said.

The trip to Ireland occurs later this week.

Negotiations over the Ireland visit initially hit a snag when the White House insisted that Irish Prime Minister, or Taoiseach, Leo Varadkar, come to Trump's golf course in Doonbeg, where the President will be staying, to host a meeting between the two leaders.

A CNN source said the Irish government felt "that protocol dictates that any event they host for President Trump should be at a venue of their choosing and certainly not at an hotel owned by Trump." The source added, "It is a bit unseemly to demand that the Taoiseach host President Trump at his hotel."

The source said the Irish side had offered to host Trump for dinner at a nearby venue, the Dromoland Castle, which is where President George W. Bush met with then Taoiseach Bertie Ahern in 2004, and as a compromise, offered to have the Taoiseach come to Trump's Doonbeg property for a breakfast.

Both sides have now reached a compromise, and two sources familiar with the discussions say the leaders will meet at the airport in Shannon when the President arrives. Irish media report that the two will have their meeting at the airport's VIP section.

A source with knowledge of internal discussions confirmed that the White House wanted the meeting to be at the Trump Doonbeg hotel but denied reports that the conversation about the venue was what caused the delay in announcing the Ireland visit.

The White House said in a statement that the President and first lady Melania Trump "have accepted the invitation of Taoiseach Leo Varadkar of Ireland to visit Ireland while they are in Europe."

Siobhan Miley, press spokesperson for the Irish Embassy in Washington, said in a statement, "We welcome the announcement of the visit by the US President. Detailed arrangements around the visit will be made public in due course."

In an interview with Irish broadcaster RTE, Irish Foreign Minister Simon Coveney downplayed the squabble, saying, "The reason why there has been a delay here and uncertainty is that the US are essentially working out the President's visit to the EU, what's going to be a private element of that visit and what part would be very public, and in that context they are looking at Ireland."

The two leaders last met in Washington in March , and Trump said then that "I will be coming at some point this year. I missed it last year, and I would have loved to have been there. It's a special place and I have a very warm spot for Doonbeg, I will tell you that. It is just a great place."

"It is really great to have the prime minister of Ireland with us," Trump said at the time, and the two were becoming "fast friends."