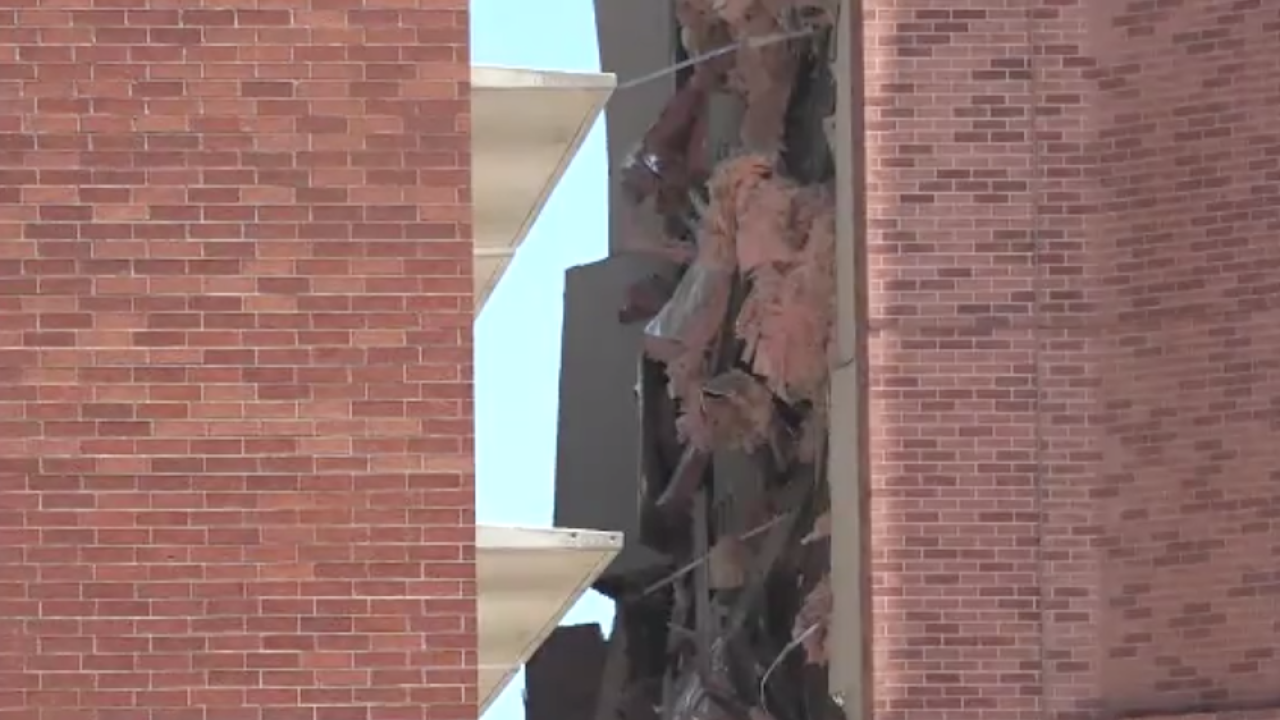 All classes at the University of Nevada, Reno, were canceled Friday following a possible explosion that damaged a residence hall on campus, according to a statement released by campus police.

Authorities have not said specifically what happened, describing the incident only as a "major utility incident."

"I felt this massive explosion. I thought it was like an earthquake or car crash," said Lee, a senior at the university.

Lee, who lives in an apartment across the street from the residence halls, said he went outside and saw the side of one of the dorm apartments gone.

There were no immediate reports of fatalities, only minor injuries, according to Jon Humbert, spokesman for the city of Reno. Police and university officials were warning people to stay away from the area.

Colin Kosaka, who lives in an apartment near the university, told CNN affiliate KOLO the noise from the incident sounded like "like a car accident."

"It was a pretty big impact ... It just shook the entire apartment," Kosaka said.

Kosaka said he walked outside towards the school and saw some people running towards a residence hall while others were standing, watching smoke coming from the building.

"A quarter of the dorm was gone," he said.

Video recorded by KRNV showed the dorm, Argenta Hall. with significant damage to one wall.

Harrison Wier, an intern with the university's athletic department, is staying on the second floor of the dorm. He said people had no idea what was going on when they heard the fire alarms.

"We just started walking out of the building, I even saw some staff members walked out with their hands up, we had no idea what was going on at first but five minutes after we were outside there was glass shattered everywhere," Wier said.

According to Wier, the building houses many student athletes that are there for the summer, as well as some international students.

Campus police tweeted the area around Argenta and Nye halls were closed. "Police and fire working in this area," the tweet said. Campus police also said people should stay out of the area.

Argenta Hall can house up to 750 people.