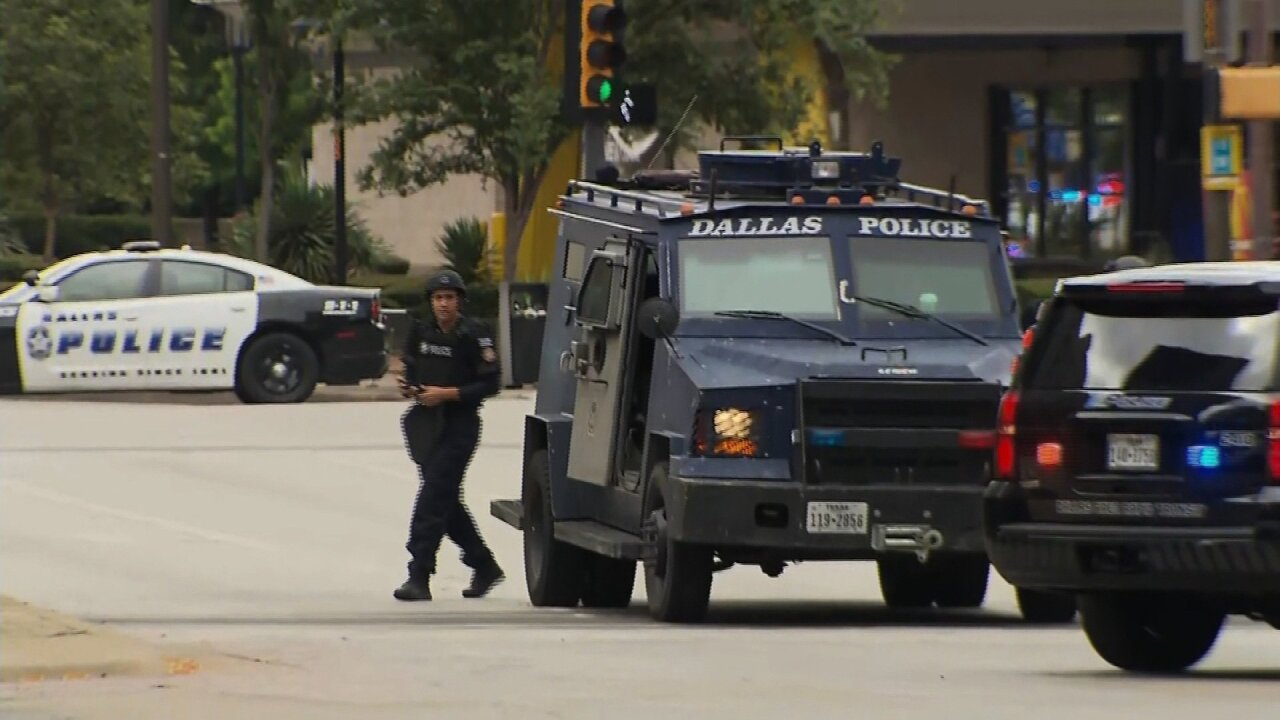 A man opened fire outside a federal courthouse in Dallas on Monday before he was shot and killed by federal officers, authorities said.

No officers or other citizens were injured in the shooting on the south side of the Earle Cabell Federal Building, police said.

The gunman, identified as Brian Isaack Clyde, 22, was taken to a hospital where he was declared dead, according to FBI special agent in charge Matthew J. DeSarno.

DeSarno said during a Monday afternoon press conference that Clyde was discharged from the Army in 2017. The FBI is working with the Department of Defense "to examine his record and identify any associates," DeSarno said. The shooter's firearm was also recovered and federal authorities are trying to trace the gun's origins and how the shooter obtained it.

DeSarno also said the suspect had more than five 40-round magazines on him. Authorities don't believe he entered the courthouse, DeSarno said.


"We have more than 200 FBI agents and partners aggressively pursuing every lead in this investigation in order to identify his family members, associates and get to the bottom of what the motive was," DeSarno said.

Prior to today's shooting, DeSarno said Clyde was not of "investigative interest" to the FBI. Agents are still working to see if Clyde was known to any other law enforcement agencies.

Police also said a bomb squad was preparing to do a controlled explosion of the suspect's vehicle. DeSarno said there was no indication that there are other shooters or threats.

One witness, Don Myles, told CNN affiliate KTVT he was walking into the courthouse when a group of people ran out and he heard about 10 to 15 gunshots in rapid succession. Myles said he turned and ran across the street to safety.

"It was just a whole lot of shots going on," Myles said. "It scared me to death."

Another witness, Herman Turner, told KTVT that the gunman was wearing fatigues and his face was covered by a mask.

US Attorney Erin Nealy Cox said that 300 federal workers were inside during the shooting. One worker sustained a superficial injury when she was taking cover, Nealy Cox said.