Police say they've identified the girl who licked a tub of ice cream, put it back in grocery freezer 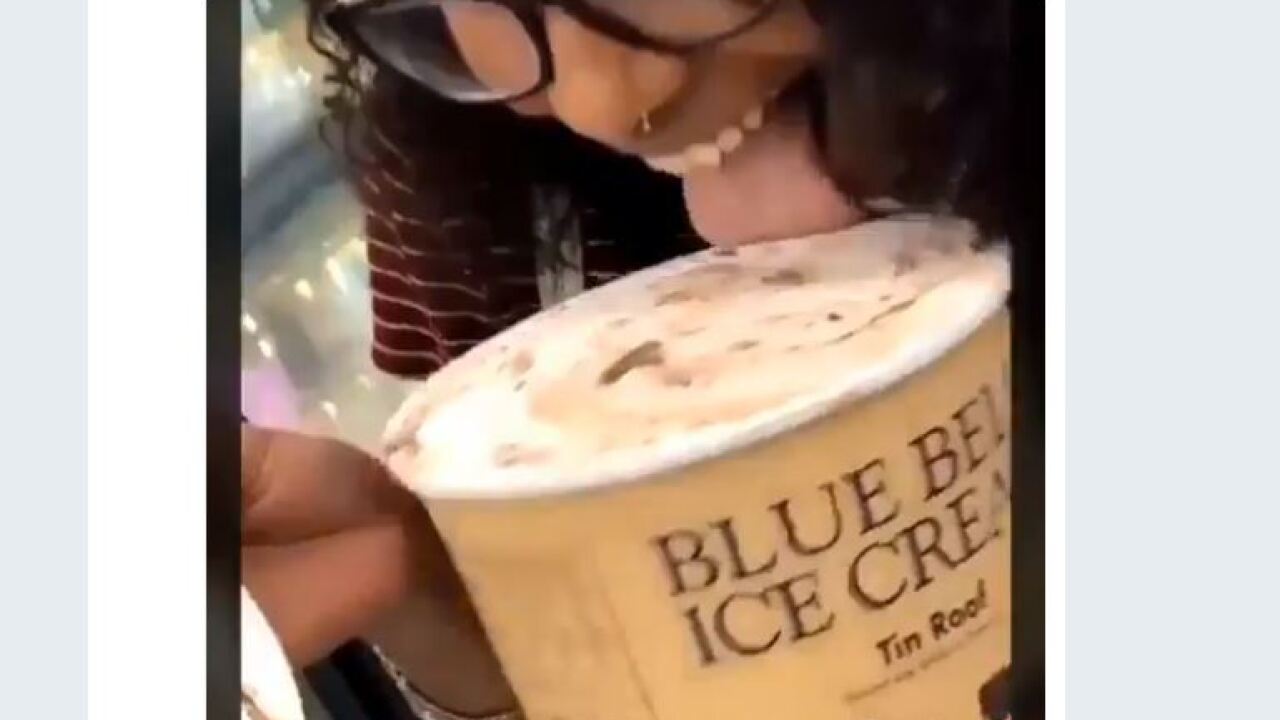 Police in Lufkin, Texas say they've identified the girl featured in a viral video taking a lick out of a carton of ice cream in a grocery store and returning the container to the freezer.

According to a Facebook post from the Lufkin Police & Fire, they've identified the girl as a 17-year-old from San Antonio. Police did not reveal her identity because she is a juvenile. However, Lufkin police say they are still considering charges against the girl's boyfriend, who is an adult.

The girl still could face charges in the juvenile justice system.

Police originally said the girl could face felony food tampering charges, which carries a sentence of between two and 20 years in prison and a fine of up to $10,000.

The Lufkin Police also noted that investigators were nearly "catfished" by another person claiming to be the girl who licked the ice cream. Police noted that the imposter bragged about licking the ice cream in an Instagram post.