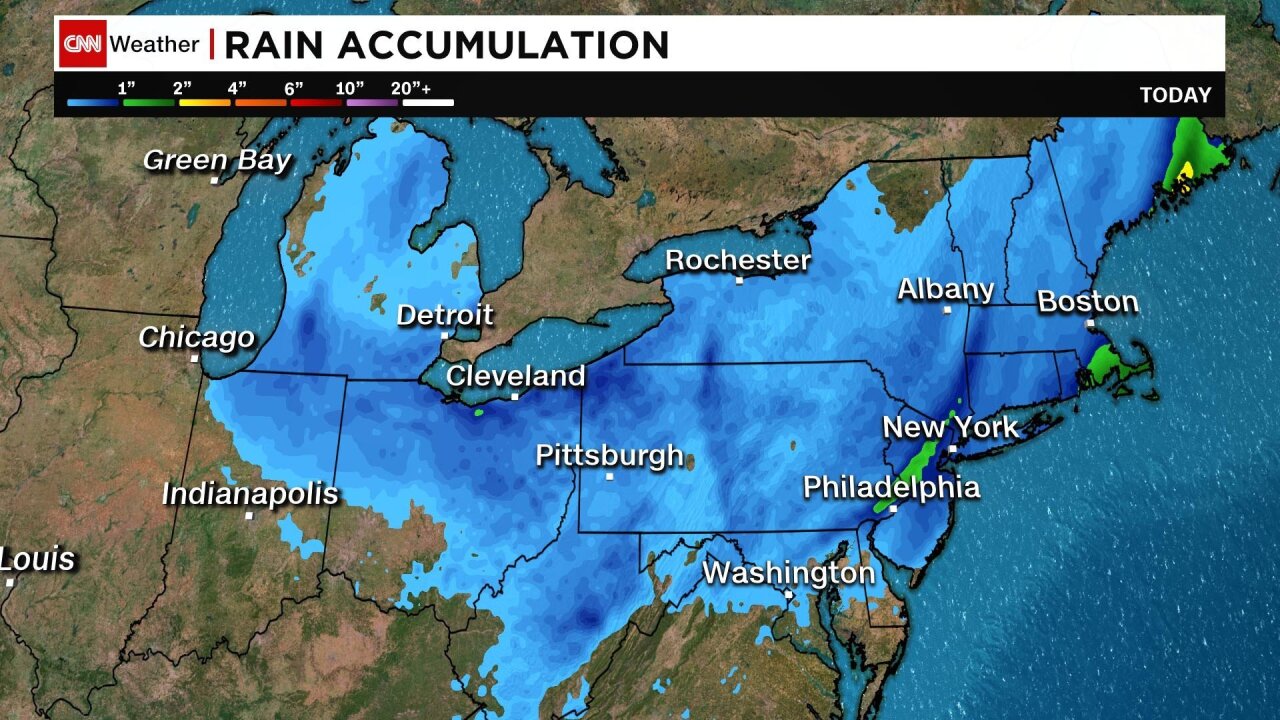 Some 7.5 million Americans in the Great Lakes are under threat of gale force winds and flooding.

Don't go in the water. Don't even go near the water.

It's all thanks to a weather system roaring through the region on Thursday and Friday bringing gale force wind gusts and rain to the region.

The situation along the lakeshore is made even more dangerous by the water in the lakes being already at near-record high levels. That's from all the rain and snow that's fallen in the last 12 months.

Gale force wind, and the massive waves, are going to push water onshore and cause some beach erosion and flooding, the National Weather Service says.

Some areas are already feeling the effects of the nasty weather.

Portage, Indiana, is being pounded by massive waves and the pier in South Haven, Michigan, is under water. Water is coming onshore in New Buffalo, Michigan.

Flood and gale warnings from the National Weather Service have already been posted for much of the Chicagoland area along Lake Michigan, even extending into parts of Michigan. Waves up to 13-feet high and winds up to 40 mph are predicted for some spots.

As the storm moves further east overnight the Canadian shore and the southern shore of Lake Erie will begin to feel the effects. The NOAA Great Lakes Coastal Forecasting System indicates that the Lake Erie shore that includes Cleveland, Ohio and Erie, Pennsylvania, could see 10-foot waves.