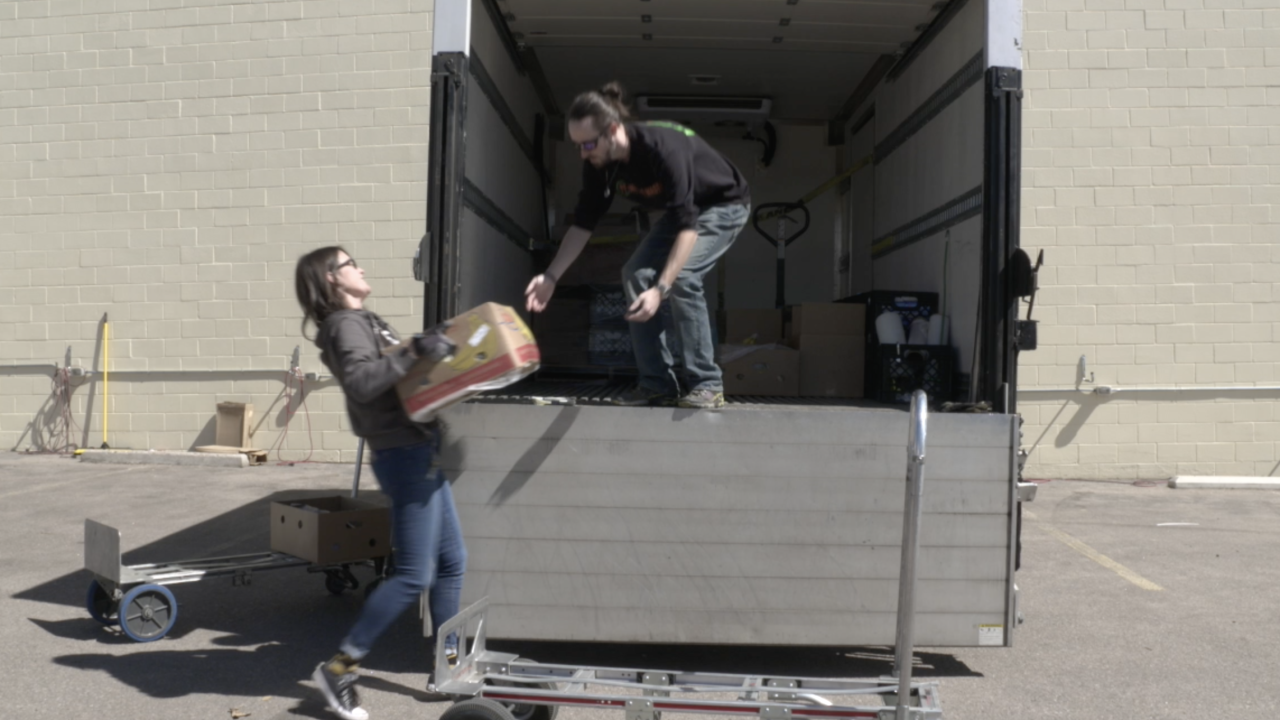 When finding food is you daily goal, there’s a simple saying to live by: use everything, waste nothing.

That is We Don’t Waste’s game plan for ending food waste.

Five days a week, the Denver-based non-profit group stocks up on food that will be thrown out, often times for pretty superficial reasons.

“If it has dirt on it, if it has a little bruising: landfill,” says Arlan Prebld, executive director and founder of We Don’t Waste.

Preblud started the non-profit a few years ago by recovering food rejected by restaurants and grocery stores and distributing it from the trunk of his car. Fast-forward to today, his team collects enough food to fill a massive distribution center in north Denver.

“Last year, we put out 31 million servings,” Preblud says. “The collateral benefit of all that is all that food you see and that we deliver on a regular daily basis would end up in the landfill.”

And a lot of food ends up in landfills across the country. According to the United States Department of Agriculture, 133 billion pounds and $161 billion worth of food were wasted in 2010.

Preblud adds that impact goes well beyond the economy and into the environment.

“When you put food into a landfill, it generates CO2 equivalence," he says. "Methane gas destroying the atmosphere."

In addition to emitting greenhouse gases, wasted food also wastes the resources it took to produce, package, sell and transport it.

So, in theory, by picking up what would be food by the pallet-full and trucking it to those in need, We Don’t Waste is filling many needs.

“It’s great that we have partners that care about these people as much as we do, because, as you know, must people don’t,” says Doyle Robinson of Sox Place, a drop-in center for homeless youth in Denver.

We Don’t Waste delivers food to Sox Place a few times a week. Doyle, however, says much the gesture provides much more than meals.

“It’s great to find people that care and they do this because they care,” he says. “There’s no money in this."