No, California won't get tossed into the ocean by an earthquake — and other myths debunked 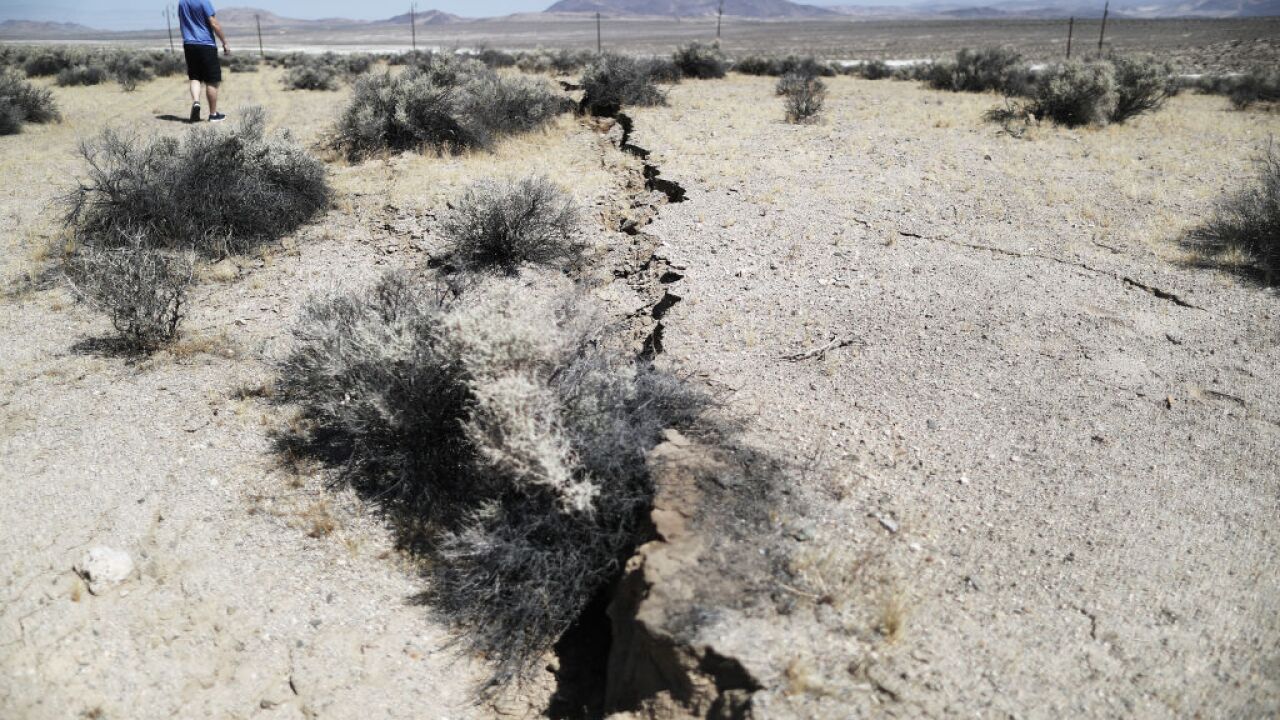 Many Southern California residents felt the earth shake violently under them twice in two days last week. Many felt safer outside and slept on streets and driveways -- especially in Ridgecrest.

Thursday's and Friday's quakes were so powerful, they swayed buildings, cracked streets and foundations, and caused fire outbreaks and gas leaks.

How did no one see this coming? Well, scientists say they have no sure way of predicting earthquakes . The US Geological Survey says its scientists can only calculate the probability that a significant earthquake will occur in a specific area within a number of years.

Here are other earthquake facts from the USGS:

Your pet may act strange during earthquakes

That does not mean it knows an earthquake is coming.

According to the Seismological Society of America , there is no strong evidence behind the claim that cats, dogs and other animals go crazy before an earthquake.

A report by the society reviewed nearly 200 publications referring to abnormal animal behavior before quakes and notes the animals' strange behaviors occurred "anywhere from seconds to months prior to the earthquakes, and at distances from a few to hundreds of kilometers from the earthquake origins."

And without long-term data and observations of animals, researchers are still not sure whether the unusual behaviors relate to earthquakes or some other kind of chance in the animals' populations.

Heading to the doorway is no longer advisable

The United States Geological Survey says that's outdated advice. Doorways used to be stronger than other parts of the home but that's no longer the case. Plus, they usually have swinging doors that can injure you.

"You are safer practicing the drop, cover and hold on maneuver under a sturdy piece of furniture like a strong desk or table," the USGS says.

If you're driving, pull over to the side of the road and stop (preferably not under any overpasses or power lines).

The ground does not open up during a quake

We all thought it was possible after watching Dwayne Johnson's dramatic rescues in the movie "San Andreas." But the USGS says that happens only for Hollywood characters -- not in reality. While shallow crevasses can form, faults do not open up during an earthquake, the USGS says.

"Gaping faults exist only in movies and novels. The ground on the two sides of the fault slide past each other, they do not pull apart," it says.

California will not get tossed into the ocean

Here's some comforting words for every California resident contemplating a permanent relocation.

The USGS calls the the idea that the state will be swept out to sea "absolutely impossible."

What will continue to happen however, is the slow --- about two-inches-per-year slow --- northward movement of southwestern California toward Alaska, as it slides past central and eastern California.

"The Pacific Plate is moving to the northwest with respect to the North American Plate," USGS says.

So one day, in 15 million years nevertheless, Los Angeles and San Francisco will be neighbors. And a couple million years after that, LA homes will sport Alaska zip codes.

Earthquake weather does not exist

There's no such thing.

No correlation has been found between weather and earthquakes, the USGS says.

"Earthquakes begin many (miles) below the region affected by surface weather," the agency says. "People tend to notice earthquakes that fit the pattern and forget the ones that don't."

"Every region of the world has a story about earthquake weather, but the type of weather is whatever they had for their most memorable earthquake," it adds.