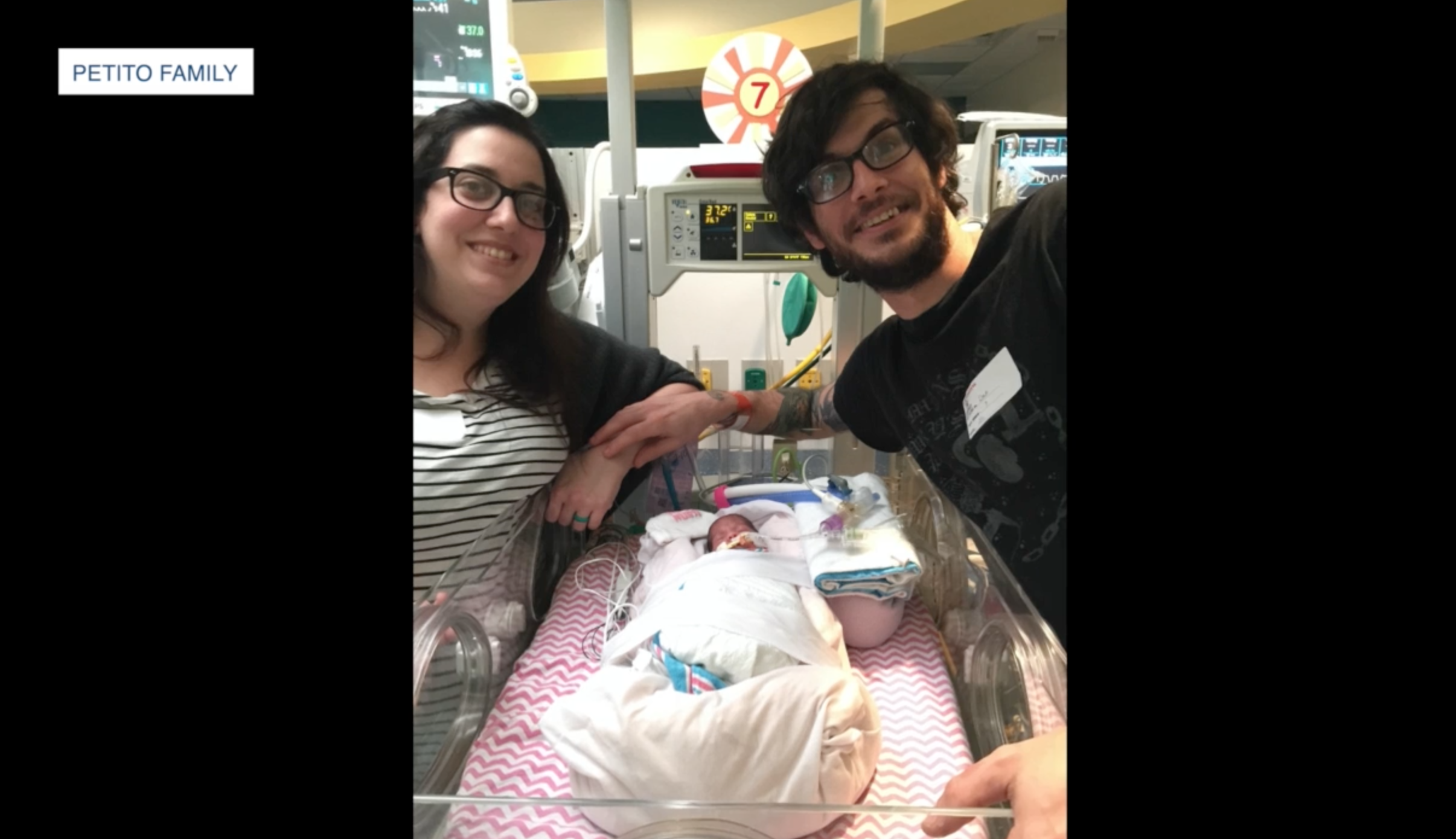 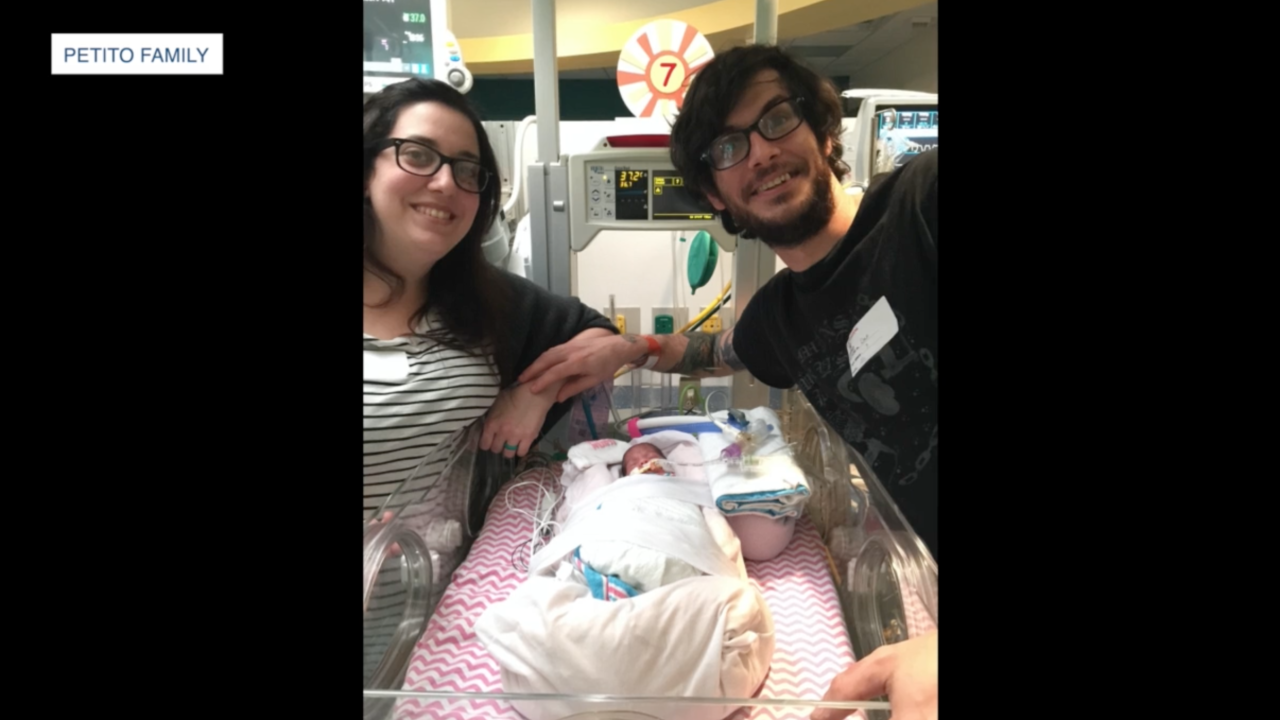 As September is NICU Awareness Month, parents of NICU babies are working to serve as a voice for families who are trying to navigate the overwhelming and often terrifying experience of watching your baby in a neonatal intensive care unit, especially during a pandemic.

When Andi Petito was 21 weeks pregnant, she went in for a simple and common anatomy scan of her baby.

“When she got really quiet and excused herself,” Petito said about a routine appointment.

The technician who performed the ultrasound returned with the doctor who said there were some major problems, Petito was sent to the hospital where she would remain on bed rest until she went into labor. Petito gave birth to River at 24 weeks, weighing 1 pound, 7 ounces. River was transferred to the NICU.

“They warn you it's a roller coaster and they try to prepare you but you’re not really prepared for the ups and downs,” Petito said.

That roller coaster is how they describe the NICU.

“Terrifying, stressful and, I mean, we lived on edge,” Petito said. “You almost feel paranoid because you’re so worried about her compromised immune system, comprised lungs. Kind of like we’re all living now, but no one else is joining you in it.”

Neonatologist Dr. Melinda Elliott said no one expects, prepares or plans for a NICU stay.

She said parents should not focus on all of the machines and equipment that surround your newborn.

“The best thing you can do is turn the other way and focus on your baby,” Elliott said. “Just look at your baby because that baby is your baby no matter how small or how sick. You’re the only parent that baby has.”

Elliott said the pandemic has stripped the visitor policy. Usually, there's only one parent allowed in at a time. While that's hard for already stressed families to manage, she reminds parents to focus on the importance of nutrition and to continue to advocate for your baby.

“Probably the biggest piece of advice is just ask questions, keep asking,” Elliott said. “If you don’t get an answer you like, ask again and find somebody else to ask. You deserve to understand what’s going on with your baby:”

Now, after 129 days in the NICU, that once tiny little baby is 3 years old, and likes to discuss her favorite color, pink, and all things Paw Patrol. Petito said she got through the NICU by doing her own research, being her own advocate, fighting for what her baby needs and by being honest with herself.

“It’s OK to fall apart sometimes,” Petito said. “Parenthood is not what you envision when your child is not able to come home with you and everything has been blown up and so it’s okay if you need to cry and fall apart and pick yourself back up and go to the NICU.”

The Petitos have now given River a sibling. Fern is happy and healthy and didn't need the NICU. And while it was never an easy roller coaster ride, they say it made River the strongest little fighter they know.