About 45,000 barrels of bourbon burn in fire at Jim Beam facility in Kentucky 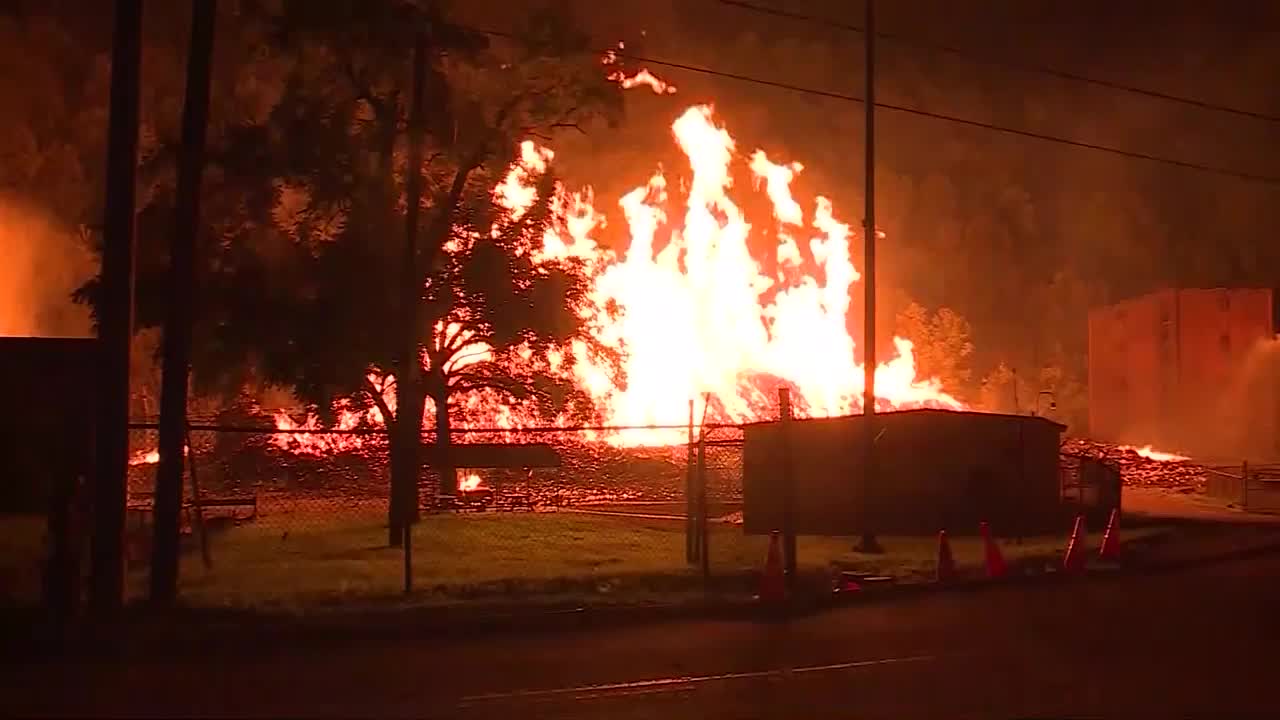 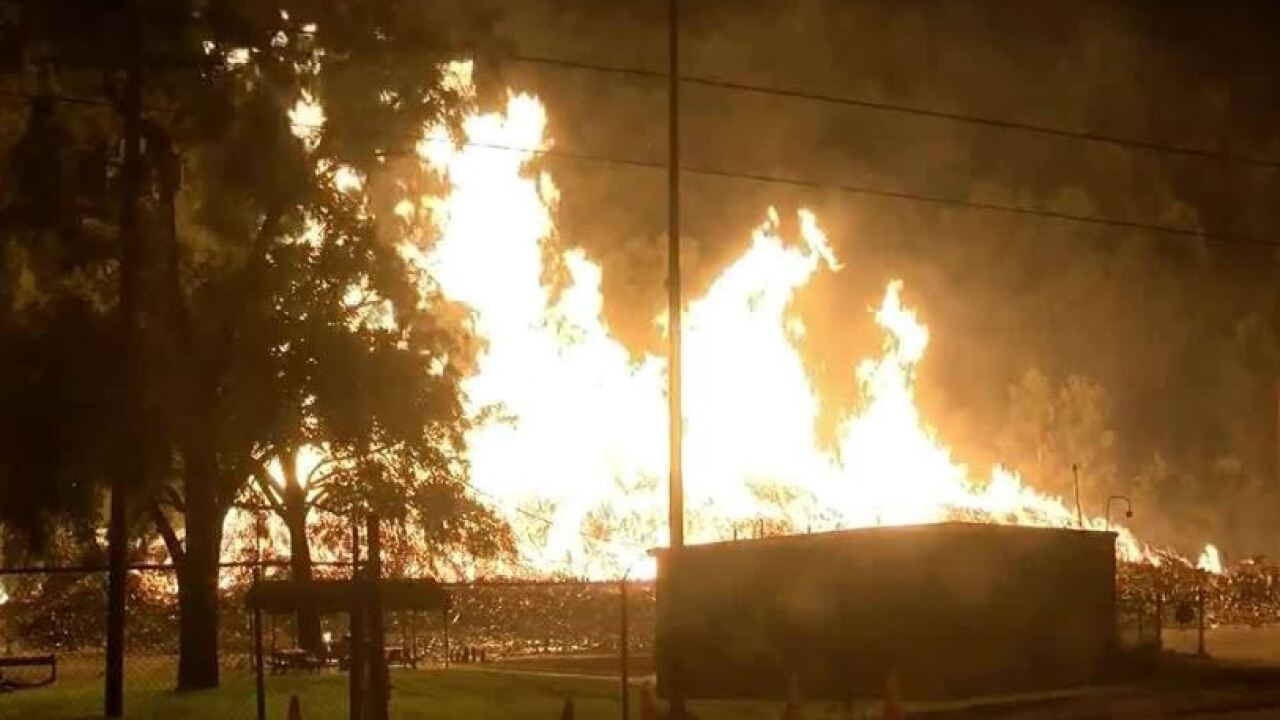 WOODFORD COUNTY, Ky. — Two barrel houses at a Jim Beam aging facility in Kentucky went up in flames late Tuesday, spurring a massive response from area emergency and fire crews that continues into this morning.

Authorities said one of the rickhouses, where barrels of bourbon are stored as they age, initially caught fire, eventually spreading to the other nearby structure.

Crews at one point had the fire in the first barrel house put out, but it reignited, showing the difficulty of fighting a blaze fueled by both wood and alcohol. About 45,000 barrels of bourbon were burning in one of the structures, according to the Associated Press .

Officials say that the fire may have been sparked by a lightning strike, but that remains unconfirmed.

The Bluegrass Emergency Response Team and fire crews from Winchester have brought in a foam material to help smother the flames.

In addition, a business called Woodford Feed brought in sand to build embankments around the damaged rickhouses to prevent leakage into nearby creeks.

Officials with the Red Cross also were on the scene early Wednesday morning.

No injuries have been reported in the fire or the response.

This story was originally published by David Nichols on WLEX .