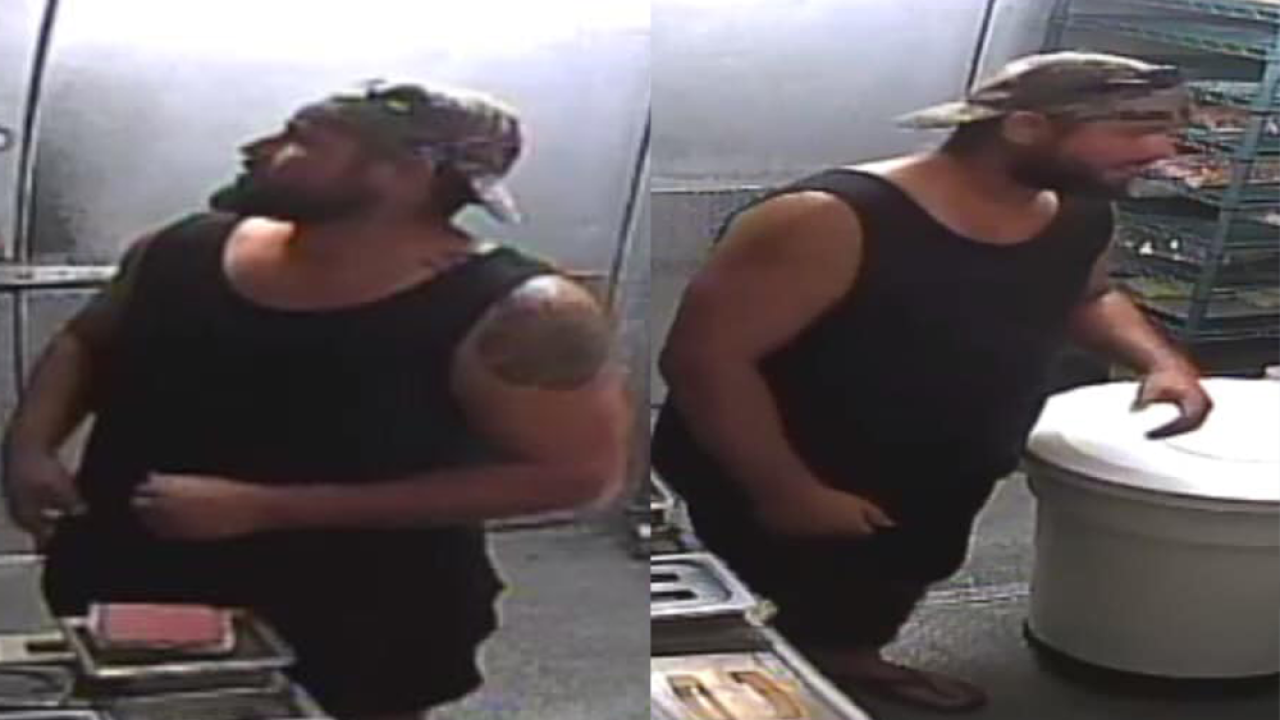 MARTIN COUNTY, Fla. — UPDATE: Martin County detectives announced the arrest of 34-year-old Patrick Benson on Sunday in relation to the burglaries. Benson is charged with burglary, grand theft and attempted burglary. He will face additional charges, deputies say. He is currently at the Martin County Jail.

ORIGINAL STORY: Deputies in Florida are asking for help identifying a modern day "hamburlgar" who has robbed two restaurants after breaking in and making himself food.

"A suspect coined as the modern day Hamburglar doesn’t appear to have any problem making himself right at home after breaking into local food establishments to make himself a burger," the Marin County Sheriff's Office wrote on Facebook.

Deputies say the man used a brick to smash the door at a Wendy's on Jensen Beach Boulevard, then grilled himself a burger once he was inside. They say the man ate then left the store with a safe.

The man also burglarized a restaurant in downtown Jensen Beach, deputies say. That restaurant was not named. He attempted to do it again at a full-service gas station but couldn't get inside, according to the sheriff's office.

The man is described as a heavy-set white male, around six feet tall with a distinctive tattoo on his upper left arm. He is believed to be in his 30s and has facial hair. He was wearing a tan baseball cap, black tank top, khaki shorts and flip flops when he broke into the Wendy's.

This story was originally published by Emily McCain on WFTS .