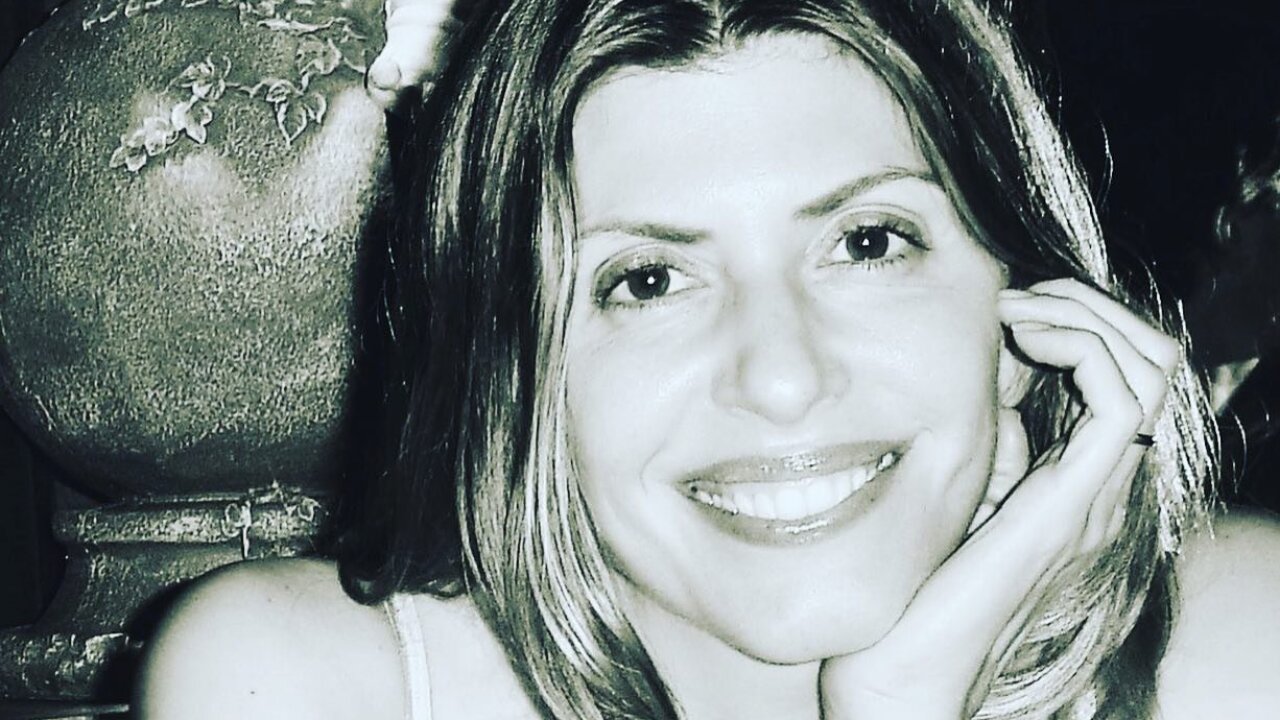 On the day Jennifer Dulos was last seen, authorities found blood stains on the floor of the garage of her Connecticut home, according to court records.

That day, police surveillance captured someone matching the description of her estranged husband getting out of his truck and putting "multiple garage bags into various trash receptacles" in the Hartford area, authorities said. Detectives later recovered clothing and household goods from trash receptacles with Dulos' blood on it.

Dulos, 50, disappeared more than week ago in New Canaan, where she lived, authorities said.

The blood stains, Hartford Police surveillance footage and items with Dulos' blood, were among the pieces of evidence authorities cited in an application for an arrest warrant for Dulos' estranged husband and his girlfriend.

Fotis Dulos, 51, and his girlfriend, Michelle Troconis, 44, were arrested Saturday and have been charged with tampering with or fabricating physical evidence and hindering prosecution, New Canaan police said. The couple were arraigned Monday in Norwalk Superior Court. Troconis was released on a $500,000 bond. Dulos was still in custody Monday afternoon. Neither was required to enter a plea.

Her friends reported her missing

One friend was in touch with her earlier in the day, after Dulos dropped her children off at school, police said. The children are safe and well cared for, family spokeswoman Carrie Luft said.

Dulos' friends reported her missing about 7 p.m. that day, saying they hadn't heard from her in 10 hours and that she had missed several appointments.

Hundreds of people across Connecticut have packed vigils and churches hoping for her safe return.

Investigators on May 24 discovered "a large quantity of physical evidence in the garage area and inside" Jennifer Dulos' house, according to an application for arrest warrants dated June 1.

The evidence includes "stains on the garage floor that tested positive for human blood," "areas of suspected blood spatter," and "evidence of attempts to clean the crime scene."

"Based upon the crime scene processing, investigators came to the consensus that a serious physical assault had occurred at the scene, and Jennifer Dulos was the suspected victim," the documents said.

Police said phone records show Fotis Dulos' cell phone left his Farmington home in suburban Hartford on May 24 and traveled to Fore Group, a company he owns in Farmington. The phone remained on the property from 1:37 p.m. until about 3:38 p.m. before returning to Dulos' home, according to documents. Farmington is about 70 miles away from New Canaan.

Surveillance video footage, captured May 24 by cameras from the Hartford Police Department Capital City Command Center (C4), shows a truck matching Dulos' vehicle stopping at more than 30 locations along a more than four-mile stretch of one road. A black Ford Raptor pickup, registered to Fotis Dulos' Fore Group, has similar markings and stickers to the one in the videos, the warrant states, and phone records put Dulos in the area from 7:10 p.m. to 7:41 p.m.

The police surveillance videos show a white man matching Dulos' appearance getting out of the Ford and putting "multiple garbage bags into various trash receptacles," according to the document.

And in some cases, the "video showed items being discarded which appeared to be stained with a substance consistent with the appearance of blood," it states.

One video clip showed a white woman with a thin build leaning out of the vehicle's passenger seat, "either placing something on the ground or picking up an item," the document said, saying the woman was deemed "consistent with Michelle Troconis."

Another video showed a man putting an item into a storm drain grate. Detectives recovered a FedEx box with two Connecticut license plates that were altered with tape and adhesive, according to the document.

The plates, which belonged to a 2007 Chevrolet Suburban registered to Dulos, had been canceled, records showed.

"Detectives checked the trash receptacles shown on surveillance and recovered garbage bags consistent with bags shown on C4 video, clothing with a blood-like substance and other items and household good (e.g. kitchen sponge) with blood-like stains, and other items," the document said.

In 2017, Jennifer Dulos sought to end her nearly 13-year marriage to her husband. She feared he would harm her and kidnap their five children to Greece, his childhood country, according to court documents.

She also filed for custody of their children, alleging her husband showed "irrational, unsafe, bullying, threatening and controlling behavior," over several months, and that he had threatened to "abscond with the children to Greece or another country" if she didn't agree to his terms in a divorce settlement, his wife alleged in 2017 court documents. She became terrified for her family's safety after learning he had bought a gun in 2017, according to court papers.

"I am afraid of my Husband. I know that filing for divorce, and filing this Motion will enrage him. I know he will retaliate by trying to harm me in some way. He has the attitude that he must win at all costs. He is dangerous and ruthless when he believes that he has been wronged," she wrote in affidavit seeking custody. "During the course of our marriage, he told me about sickening revenge fantasies and plans to cause physical harm to others who have wronged him."

The documents shed light on what would become a two-year custody battle for their children, who now range from ages 8 to 13.

The Duloses started living apart after Jennifer Dulos learned about her husband's affair with Troconis, according to court papers.

She alleged in court papers her estranged husband -- an American and Turkish citizen who was raised in Greece and Turkey -- had applied for passports for him and their children. He told her he was scheduled to have an interview at the Greek consulate where he was set to get the passports in June 2017, according to her court filing. He had also booked a trip to Greece for him and their children for the following month, she said in court papers. She said the trip plans did not include her.

She also claimed her husband did not have a permit for his firearm and believed the gun was unregistered.

In a court filing in response, Fotis Dulos said his estranged wife "has done nothing but assert broad facts which are, for the most part, incorrect and unsupported." He wrote he "has not exhibited irrational, unsafe, bullying, threatening and/or controlling behavior over the past three months, or ever before."

He also denied threatening to kidnap their children and applying for Greek passports for them. But he did file an application for Greek citizenship for the children based on his Greek heritage after consulting his wife, and getting her approval, he said in court papers.

Dulos said he had booked round trip tickets for the family and the babysitter to Greece. But his wife declined an invitation for the trip, according to court papers.

Dulos said he also legally purchased the firearm solely "for home security," according to court papers. He told the court he turned the gun into the Farmington Police Department in 2017.