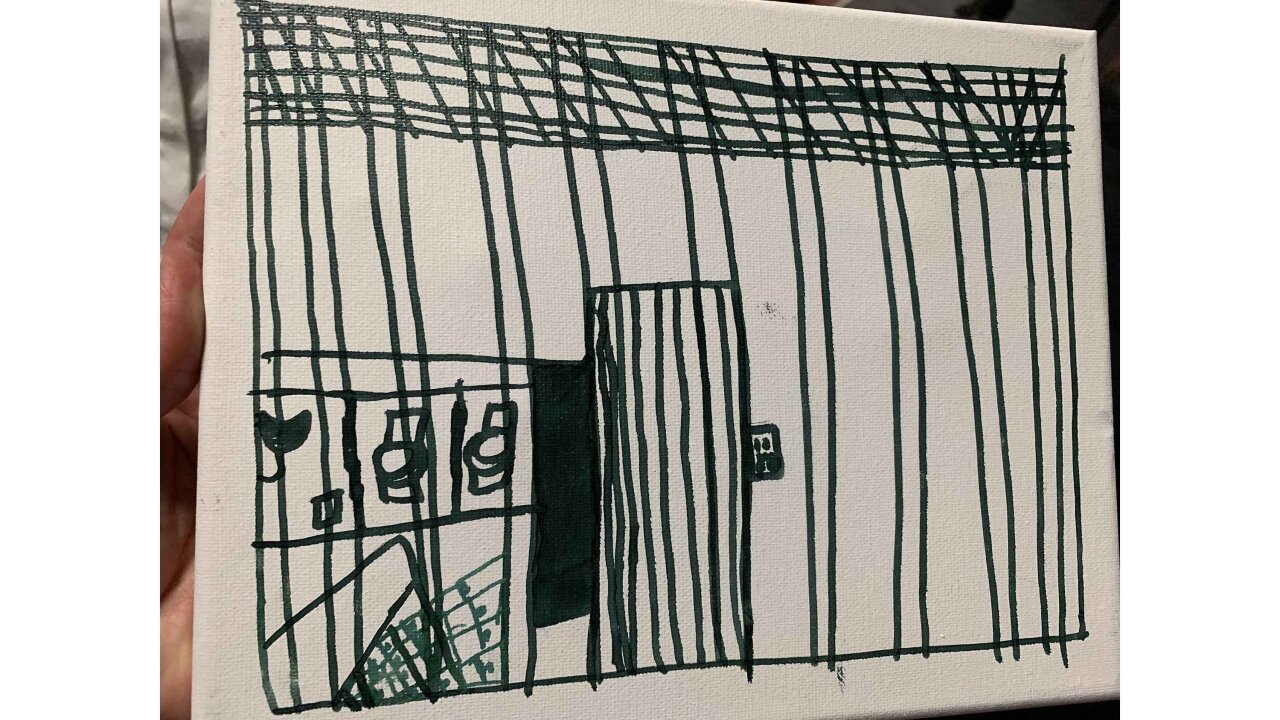 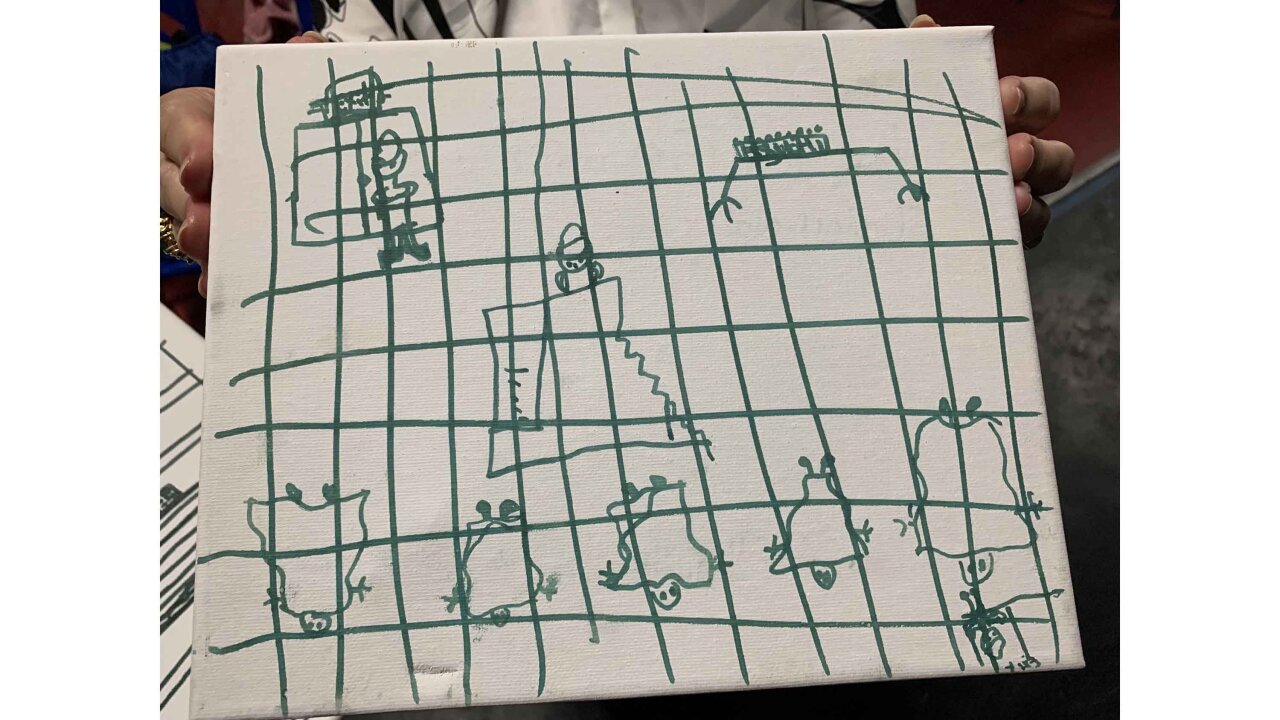 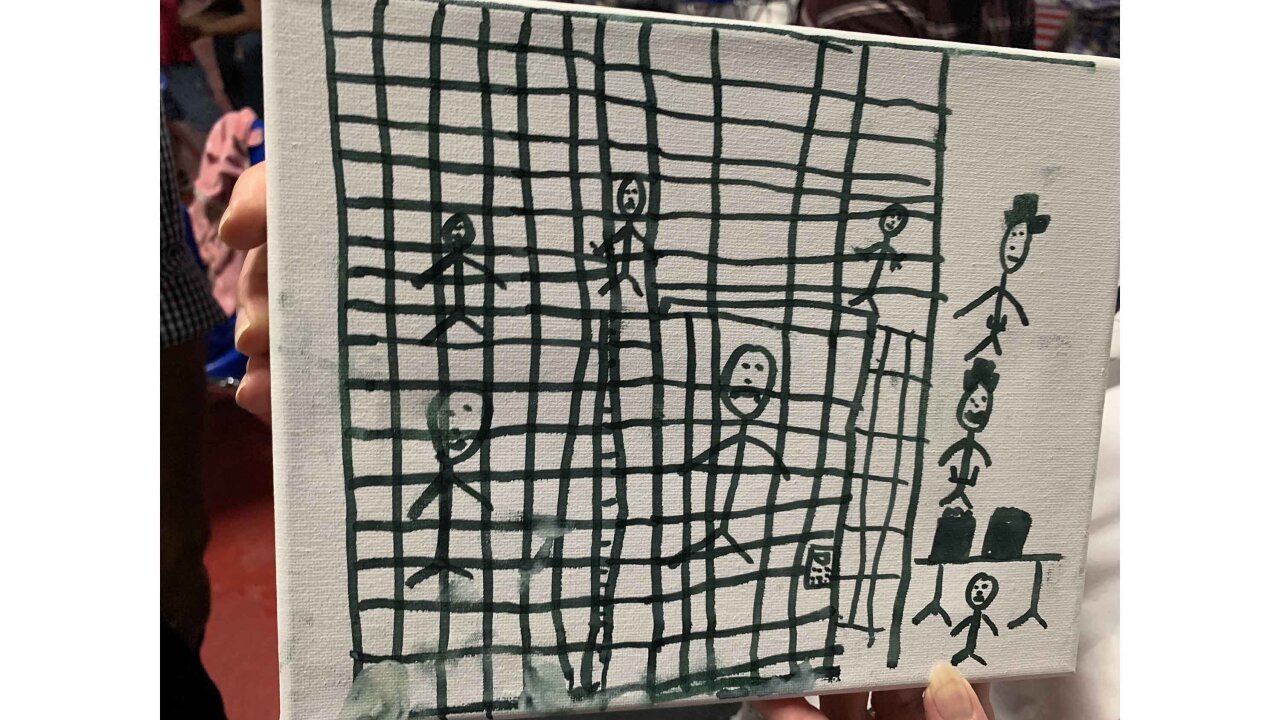 Pediatricians shared disturbing images drawn by migrant children who were recently separated from their parents while in US Customs and Border Protection custody. The drawings show people behind bars and in cages. The pictures were drawn last week by three children, ages 10 and 11, at Catholic Charities Humanitarian Respite Center in McAllen, Texas, after being released by CBP.


The staff at the center asked the children to depict their time in CBP custody. A social worker at the center gave the drawings to the American Academy of Pediatrics, which gave them to CNN.

"The fact that the drawings are so realistic and horrific gives us a view into what these children have experienced," said Dr. Colleen Kraft, immediate past president of the AAP. "When a child draws this, it's telling us that child felt like he or she was in jail."

The pediatricians' group has been trying to advise CBP on how to screen and care for children in their custody, but Kraft said a series of meetings came to an end without producing concrete results.

Kraft said she and other pediatricians had three phone meetings in December, January and February with Kevin McAleenan, who was then commissioner of the federal agency. McAleenan, who is now acting secretary of the US Department of Homeland Security, requested the meetings after two children died in CBP custody.

"We're going to continue to seek the AAP's input as we tackle the crisis," CBP's assistant commissioner for public affairs, Andrew Meehan, told CNN when the talks began.

Kraft said she was saddened and disappointed the talks did not result in pediatricians being placed at the border to train CBP medical personnel.

"We made recommendations and our government didn't follow through with them," Kraft said Tuesday.

Dr. Sara Goza, the current president of the pediatricians' group, said in an email to CNN that she toured two CBP facilities at the border last week and "did not encounter a single pediatrician at either one."

"The first thing that hit me when we walked in the door was the smell. It was the smell of sweat, urine and feces," she said. "No amount of time spent in these facilities is safe for children."

The pediatricians had been hoping to train CBP medical personnel to distinguish between a mildly ill child and a severely ill child.

That might have helped save the lives of 8-year-old Felipe Gomez Alonzo and 7-year-old Jakelin Caal Maquin. In December, Felipe died of the flu and Jakelin died of sepsis -- both conditions that can look deceivingly mild at the beginning.

"CBP agents are police. They're law enforcement. They have an important job to do, but they're not trained to take care of children," Kraft said.

She added that pediatricians are still ready to help.

"We have pediatricians who would volunteer to go to the border tomorrow and work with these children and advise medical personnel and train them," she added. "That's still our ask, but it's gotten nowhere."

A pediatrician caring for migrant children at an El Paso hospital said CBP's screening for children in its custody is "absolutely and unequivocally inadequate."

CBP spokesman Michael Friel said the AAP produced a video that is used to help train agents and officers on detecting sick children, and that the video is part of the agency's recertification process for its EMTs and paramedics.

Friel also said AAP members have met with the Homeland Security Advisory Council "to help provide recommendations on how to improve the agency's care-in-custody protocols." The council is a group of outside experts that advises the federal agency.

Kraft said videos and consultations with experts are no substitute for actually having pediatricians at the border.

"There is no one to mentor these emergency medical technicians who are evaluating these kids," she said. "A video is a good start, but you need the onsite mentorship and training."

Kraft added there are some ongoing discussions between AAP and CBP, such as the tour given to the delegation of pediatricians.

"We don't want to destroy any relationship built with CBP, but at the same time, clearly things are not going well," she said.

Tuesday, a CBP deputy commissioner told CNN's Jim Sciutto that the agency had "a medical capability at an unprecedented level" with more than 140 medical teams throughout the southern border.

"I am very confident in what it is that we are doing by way of caring for these individuals, these incredibly vulnerable populations in our custody," CBP's Robert Perez said.

Kraft noted that the talks last winter with McAleenan ended at around the same time he left his post at CBP to become acting secretary of Homeland Security.

She said now the situation has gone "backwards" with the "horrible" conditions where the children are living.

"This is truly a very dark spot in US history," she said. "This will be remembered as a time when the US was cruel to immigrant children. It makes me wonder what kind of country are we that that we would treat children this way."