A Michigan man with special needs had his tricycle stolen. Strangers banded together to help 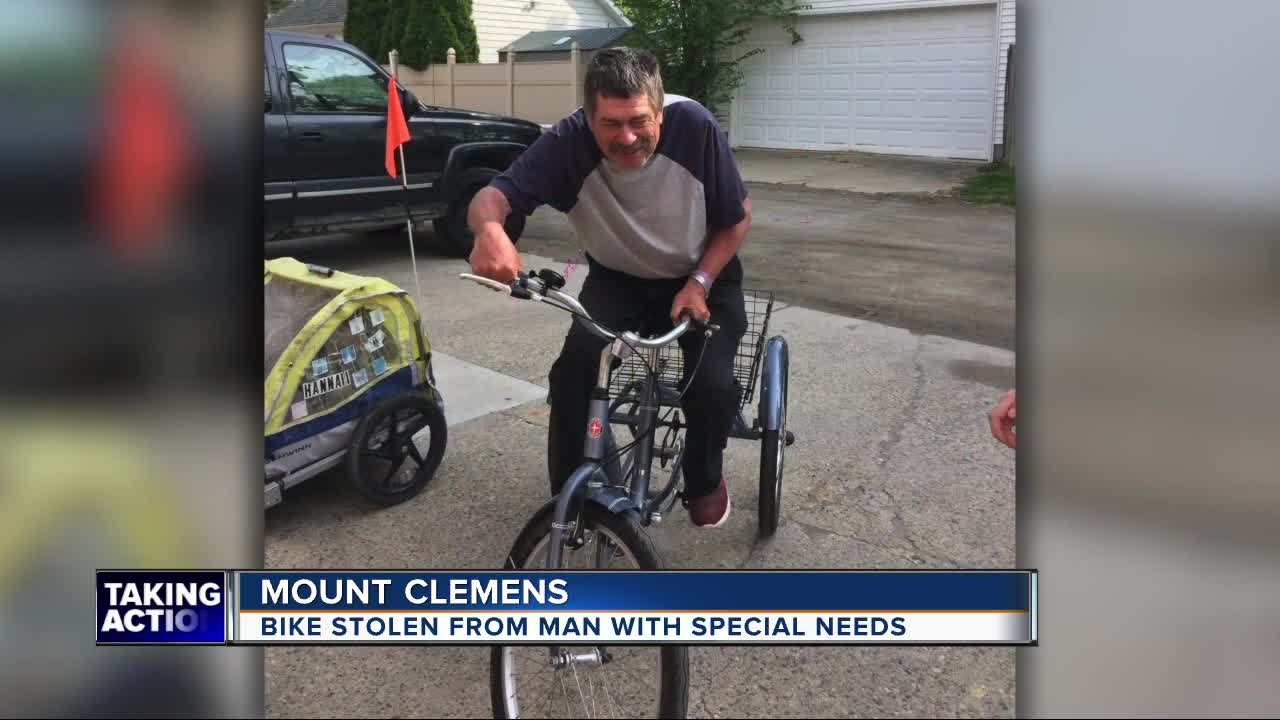 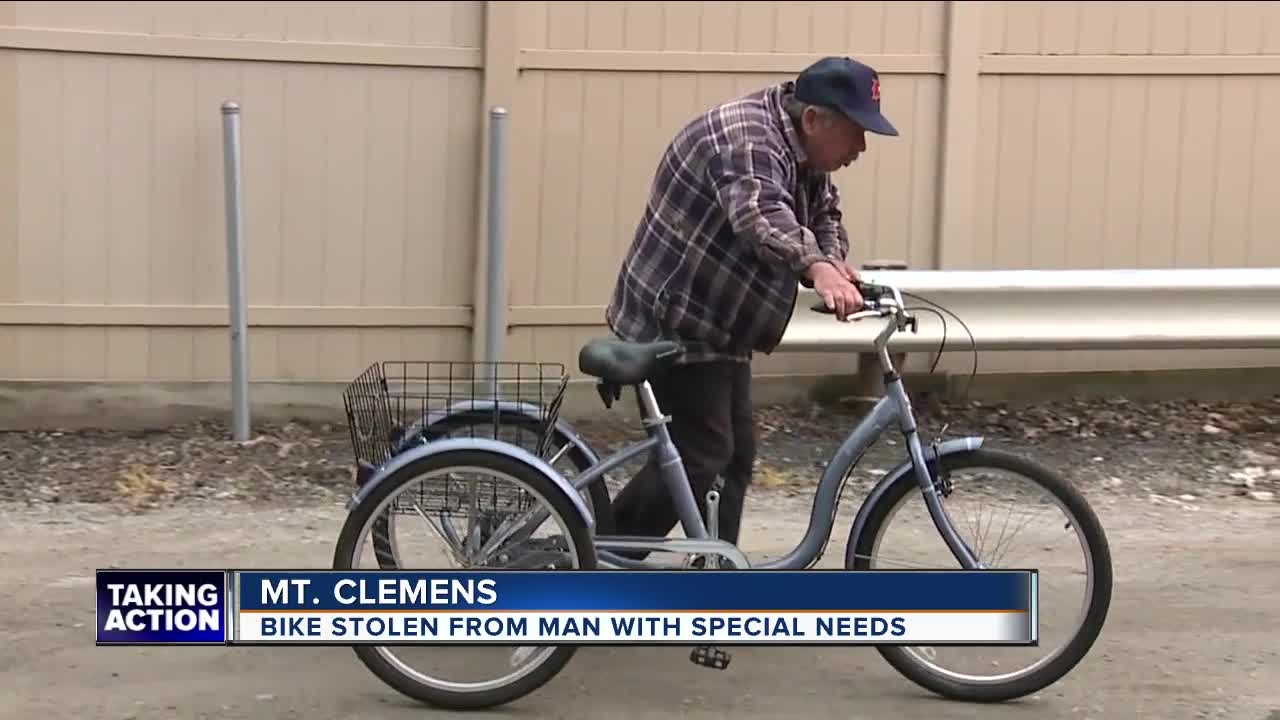 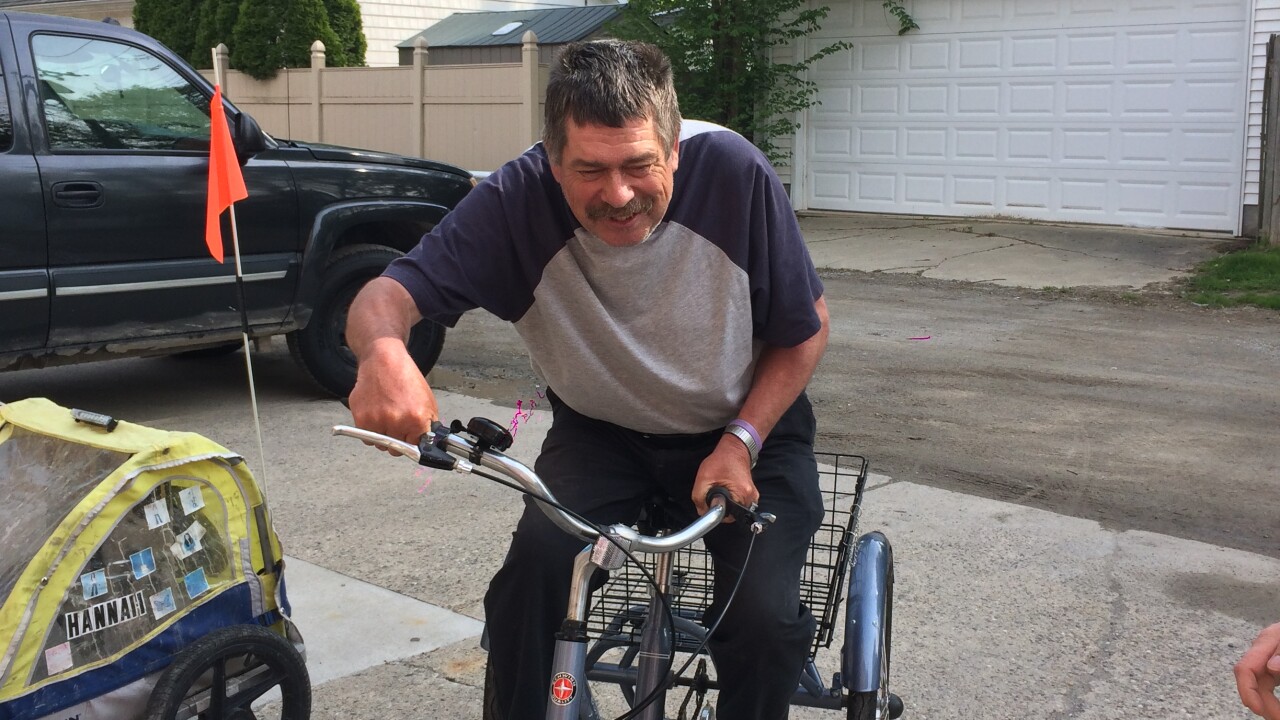 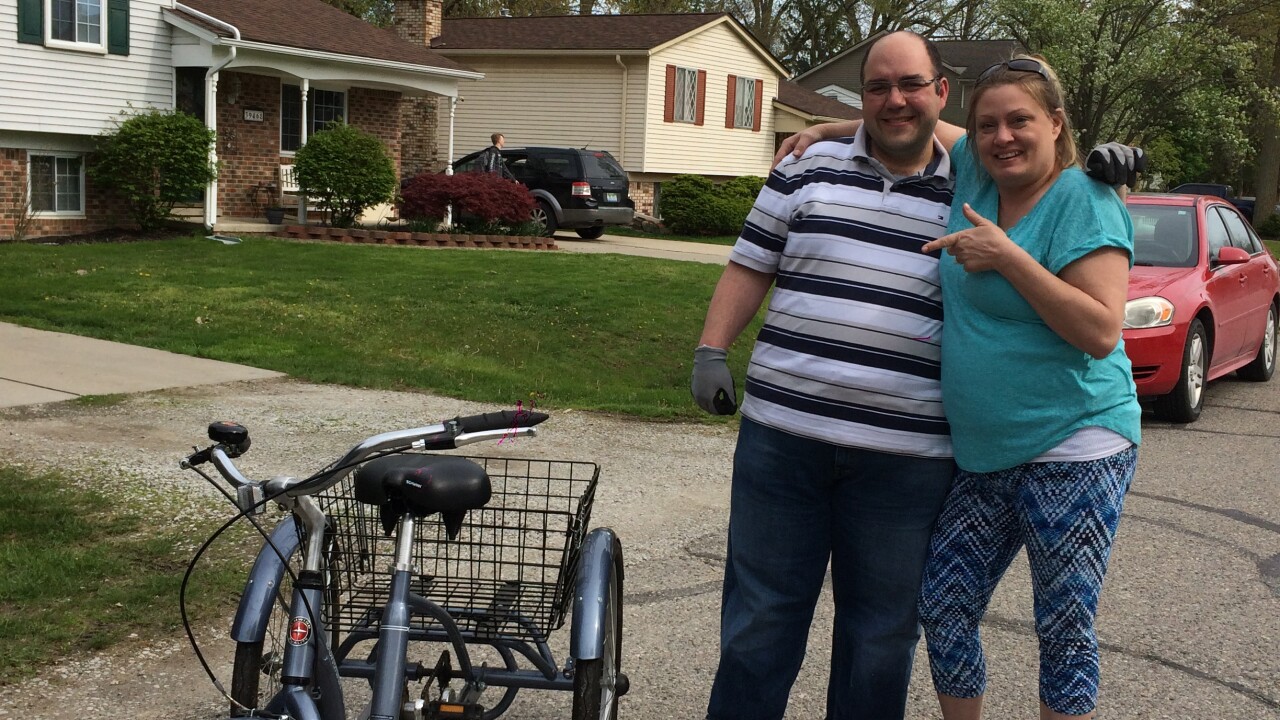 MOUNT CLEMENS, Mich. — Some Michigan residents took action after their neighbor with special needs had his three-wheeled bicycle stolen.

The tricycle was reportedly snatched in the night from Randy Humphrey's doorsteps in Mount Clemens, Michigan. He used the bike to get to work and shop.

Shawn Vandelinder has known the man for four years.

"We look out for him around here," Vandelinder said.

When she heard what happened, she went to social media for help and posted, “My mentally handicap neighbors three wheel bike was stolen ... I just feel so bad.”

Salvatore Lumetta responded to the post in less than 24 hours. Vandelinder and her cousin, Rhonda Lawsky, went to the man's home in Harrison Township, Michigan, and retrieved the new bike.

“The guy who donated was a great guy," Lawsky said. "He was very sweet and happy to help.”

Neighbors said the look on Humphrey's face when he saw his new bike was priceless. It was an act of kindness that started with a social media request and reconfirmed the man's faith in humanity.