Michael Avenatti due in court on embezzlement charges 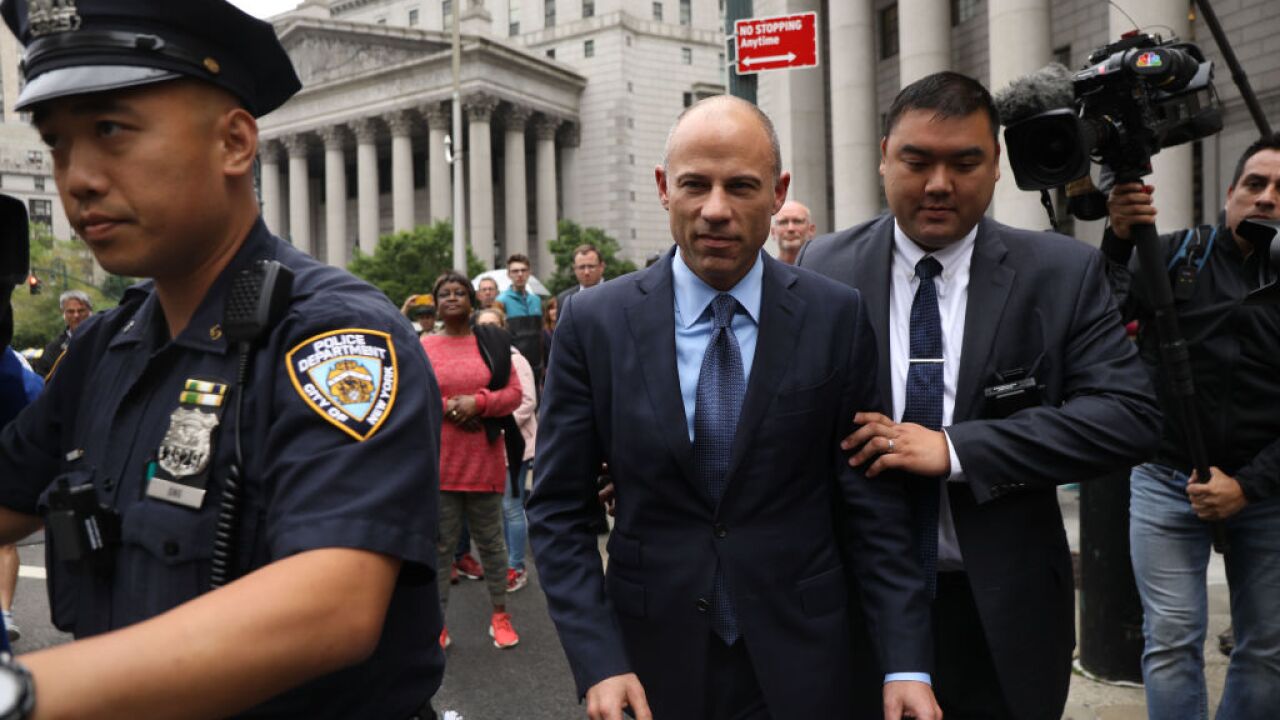 Michael Avenatti is due back in a California federal courtroom Monday where a federal judge may set a trial date on charges that the celebrity attorney embezzled millions of dollars from his clients.

Avenatti and his attorneys are butting heads with the prosecutors over evidence seized from Avenatti's law office, as well as access to Avenatti's password-protected Apple phone and computers, and when they'll be ready for trial, according to a joint status report filed last week. Avenatti has pleaded not guilty to all charges in the 36-count indictment.

It's the first significant hearing in the case, one of three Avenatti is facing.

He was also charged in two separate cases by the US attorney's office for the Southern District of New York. In one case Avenatti is accused of stealing money from his former client Stormy Daniels, the adult film star who alleged an affair with President Donald Trump nearly a decade ago and whose case made Avenatti famous. He is also charged with trying to extort more than $20 million from athletic shoe giant Nike. Avenatti has pleaded not guilty to those charges.

Avenatti's California lawyer says he needs more time to prepare. He also signaled he intends to ask Judge James Selna to move the Daniels embezzlement case to California and combine it with the case involving the other clients he allegedly defrauded. The prosecutors in California have argued against any delay and have proposed starting their trial on January 28, 2020, two months after Avenatti is scheduled for trial in New York on the Nike extortion charges.

Both sides are in a standoff over Avenatti's Apple desktop computer, laptop, iPhone and iPad that FBI agents seized in March when he was arrested in New York and charged at the same time in New York and Los Angeles. So far the government has been unable to access these devices to copy the hard drives and collect evidence because they are password protected, according to the status report.

Avenatti is also seeking access to the same computers and phone to prepare for his defense, but he is not willing to provide the password and allow prosecutors to review the filings because of concerns about attorney client privilege, work product privilege and his Fifth Amendment protections against self-incrimination. By unlocking his devices, he could provide the government with information that could be used against him.

Prosecutors say they have turned over 138,000 pages of financial records, emails, text messages and memos summarizing the government's interviews with the clients Avenatti allegedly defrauded. Avenatti's lawyer has called that "woefully inadequate," adding that the government hasn't turned over copies of a server and other devices seized from Avenatti's law firm Egan Avenatti that is necessary for his defense.

Avenatti's attorney H. Dean Steward said his client is "under no obligation to now provide the passwords in exchange for a forensic image of the devices or their return."

Is the law keeping up with technology?

The standoff opens up an interesting legal question that has only recently come before the courts. Legal analysts say it's a matter of the law not keeping up with technology.

It's possible FBI agents eventually crack the passcodes or a deal is worked out before any formal request is made for the judge's involvement.

"They could start with the cloud and try other means of getting in," said Laurent Sacharoff, a law professor at the University of Arkansas who has written about computers and criminal law. "There are a surprisingly large number of ways to get into a device to figure out the password other than from the person."

If the government does ask the judge to compel Avenatti to unlock the devices, lawyers say it may be an uphill battle for Avenatti to win.

"Courts all agree it can be done but it's a question of how much the government has to prove to get the order," said Orin Kerr, a law professor at the USC Gould School of Law who specializes in computer crime law. Courts have disagreed about what burden the government must meet. "One standard would be easy for government to satisfy, which is that [Avenatti] knows the password," Kerr said. "The other is harder: Does government know information on the device is incriminating."

Avenatti told CNN on Friday, "I am restricted in what I can say unfortunately. But I am very much looking forward to the public learning what really happened here."