McConnell opposes paying reparations: 'None of us currently living are responsible' for slavery 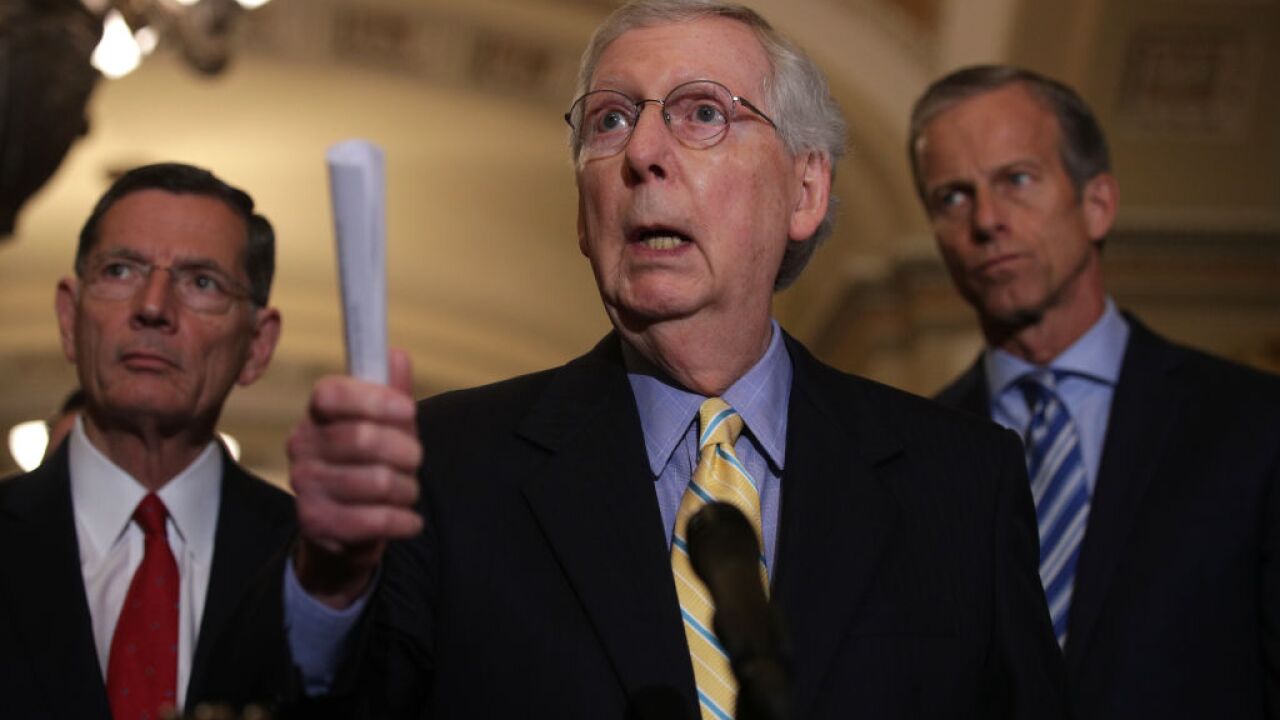 Senate Majority Leader Mitch McConnell said Tuesday he opposes paying reparations for slavery , arguing "none of us currently living are responsible" for what he called America's "original sin."

"I don't think reparations for something that happened 150 years ago for whom none of us currently living are responsible is a good idea," the Kentucky Republican told reporters in response to a question about whether reparations should be paid or a public apology should be made by Congress or the President.

"We've tried to deal with our original sin of slavery by fighting a civil war, by passing landmark civil rights legislation. We elected an African American president," he said.

McConnell's comments -- the most expansive he has publicly made on the issue that his office was immediately aware of -- came a day before the House Judiciary Committee's subcommittee on the Constitution, Civil Rights, and Civil Liberties is set to hold a hearing on legislation related to the issue. The topic of reparations has also been discussed at length in recent weeks as Democratic 2020 presidential candidates have weighed in on issue.

He also argued it would be difficult to determine who to pay because "waves of immigrants" come to the country who have faced "dramatic discrimination."

"I think we're always a work in progress in this country but no one currently alive was responsible for that and I don't think we should be trying to figure out how to compensate for it," he said. "First of all, it'd be pretty hard to figure out who to compensate. We've had waves of immigrants as well come to the country and experience dramatic discrimination of one kind or another so no, I don't think reparations are a good idea."