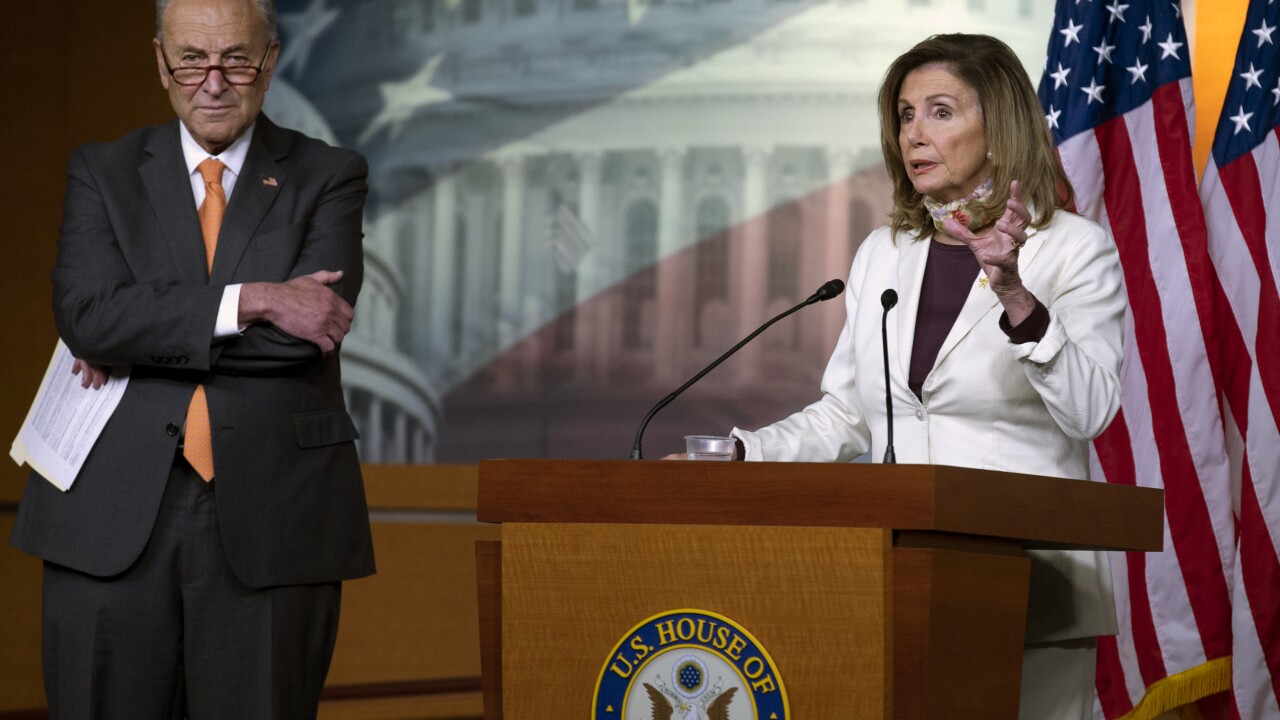 A bipartisan group of mayors urged congressional leaders on Friday to provide funding for local and municipal governments that have struggled amid the coronavirus pandemic.

The letters was signed on behalf of the U.S. Conference of Mayors. The letter was co-signed by Democratic mayors Greg Fischer of Louisville, Kentucky, and Nan Whaley of Dayton, Ohio, and Republican Mayor Francis Suarez of Miami.

“We strongly encourage Republicans and Democrats to come to an agreement on a COVID-19 relief package that will contain the onslaught of the pandemic and promote our economic recovery,” the letter read in part. “We implore our leaders: Do not give up. Do not accept failure. Come together to meet the needs of our citizens and enable a safe economic recovery.

"As a direct result of the pandemic, our budgets have been hit hard and revenue shortfalls threaten our ability to meet essential needs. Jobs have been lost and critical services are being cut.”

In the spring, the House passed a bill that included nearly $1 trillion in funding for states and local governments, as many states and towns prepared to make massive and unprecedented cuts to local services such as police, fire and schools. Trump has in the past expressed opposition to bailing out state and local governments on the verge of financial ruin due to a lack of tax revenue.