Serving up coffee to make his dream a reality 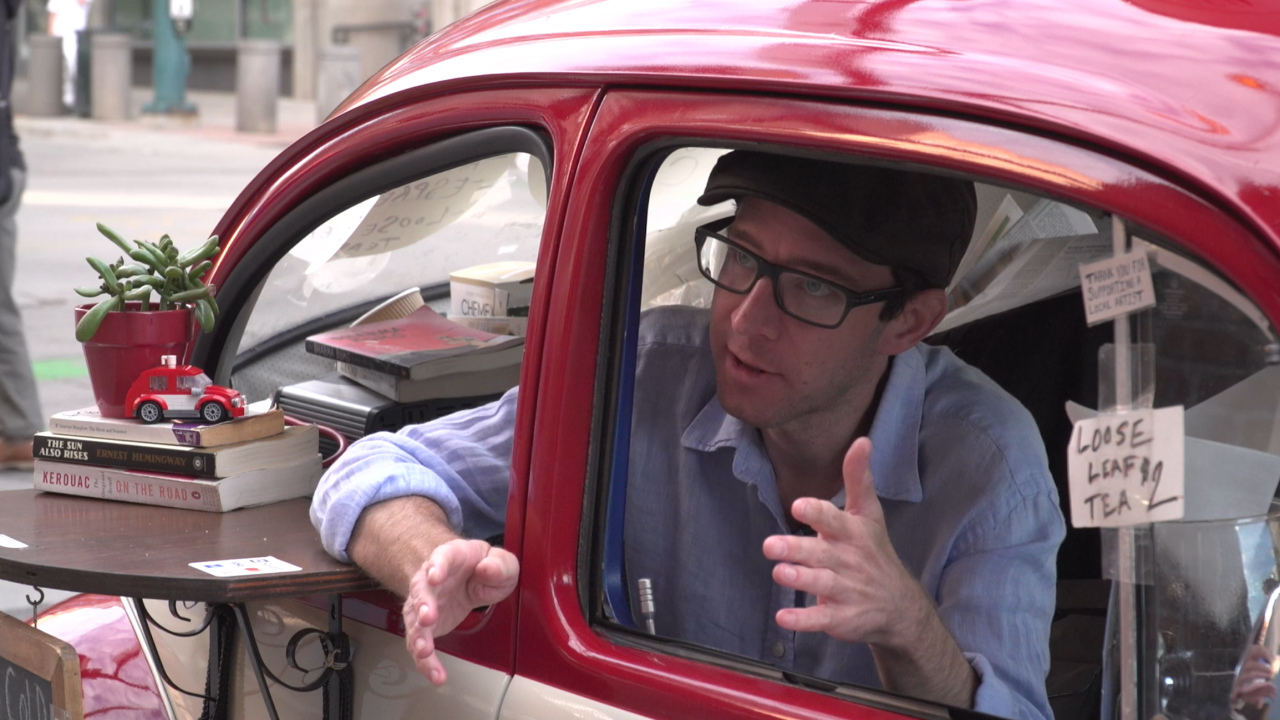 Matthew Pendleton has been driving, parking and brewing coffee for three years in his Volkswagen Beetle.

When new customers see his red car with a big white coffee cup on top parked on the street, they can’t help but take a photo.

Hunter Smith is a longtime customer and grabs a cup of joe three times a week.

"It's probably some of the best coffee in town,” Smith says.

Pendleton is frequently asked why he chooses to sell coffee from his car and not in a shop.

It’s crazy to think that his business, On the Road Coffee, was never Pendleton’s dream job.

“The important reason why I started this was to focus on my artwork,” he says. “That’s where my true interest is.”

In order for him to make art a priority again, Pendleton says he’ll continue to sell coffee from his Beetle.

“There’s freedom in working for yourself,” he says.