Man rescued after falling 800 feet into Crater Lake in Oregon 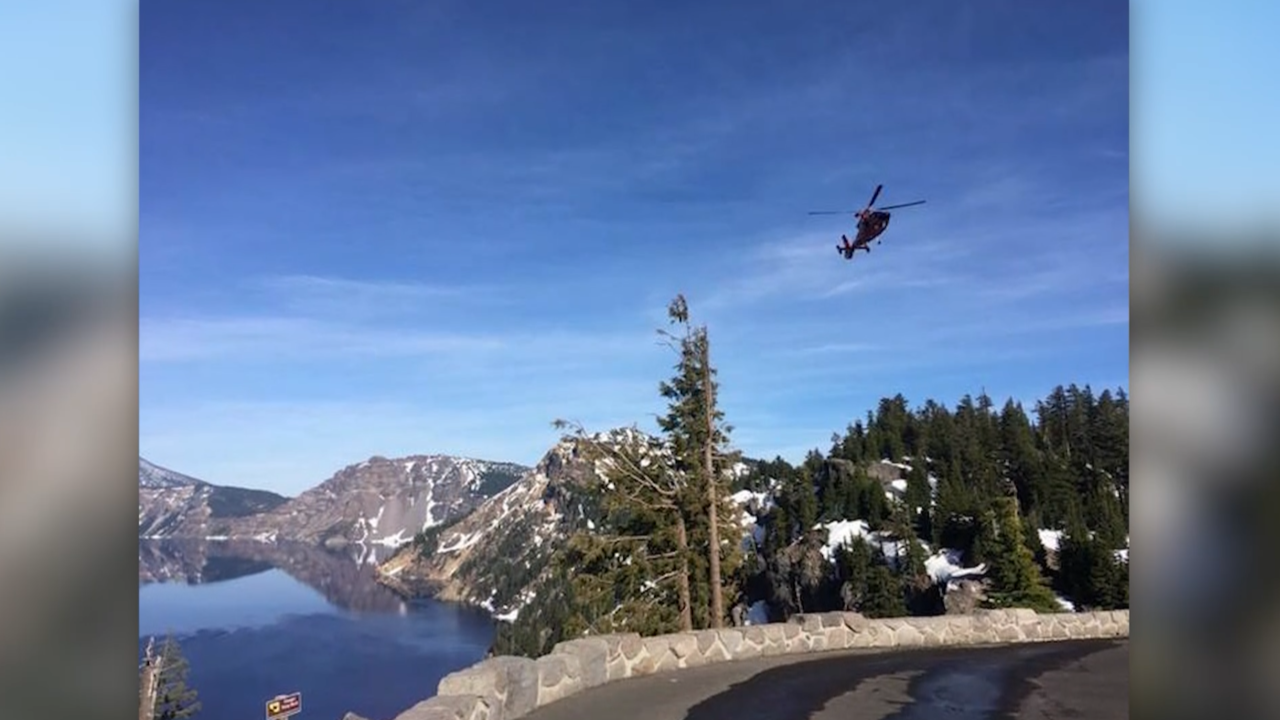 A person was rescued Monday after falling into Oregon's Crater Lake — a dormant volcano.

The man fell 800 feet down into the caldera near Rims Village, the US Coast Guard said.

The man, who has not been identified, was hoisted and transferred to a hospital in Bend, Oregon, for treatment.

His condition and the extent of his injuries were not immediately available.

Earlier in May, park officials warned visitors that rocks and snow near the edge of the caldera were unstable and could give way without warning.

"A few times every year, visitors get too close and fall, often resulting in severe injury or death. Rangers are trained to rescue these individuals, but it may take hours to reach them and puts us at risk too," a post on the parks Facebook page explained.

The crater's depth of 1,943 feet makes it the deepest lake in the United States and the ninth deepest in the world, according to the National Park Service.

This is not the first time this year a person has fallen into a volcanic caldera in the United States.

In May, a man visiting the Hawaii Volcanoes National Park, was rescued after he lost his footing and fell into the Kilauea volcano caldera.