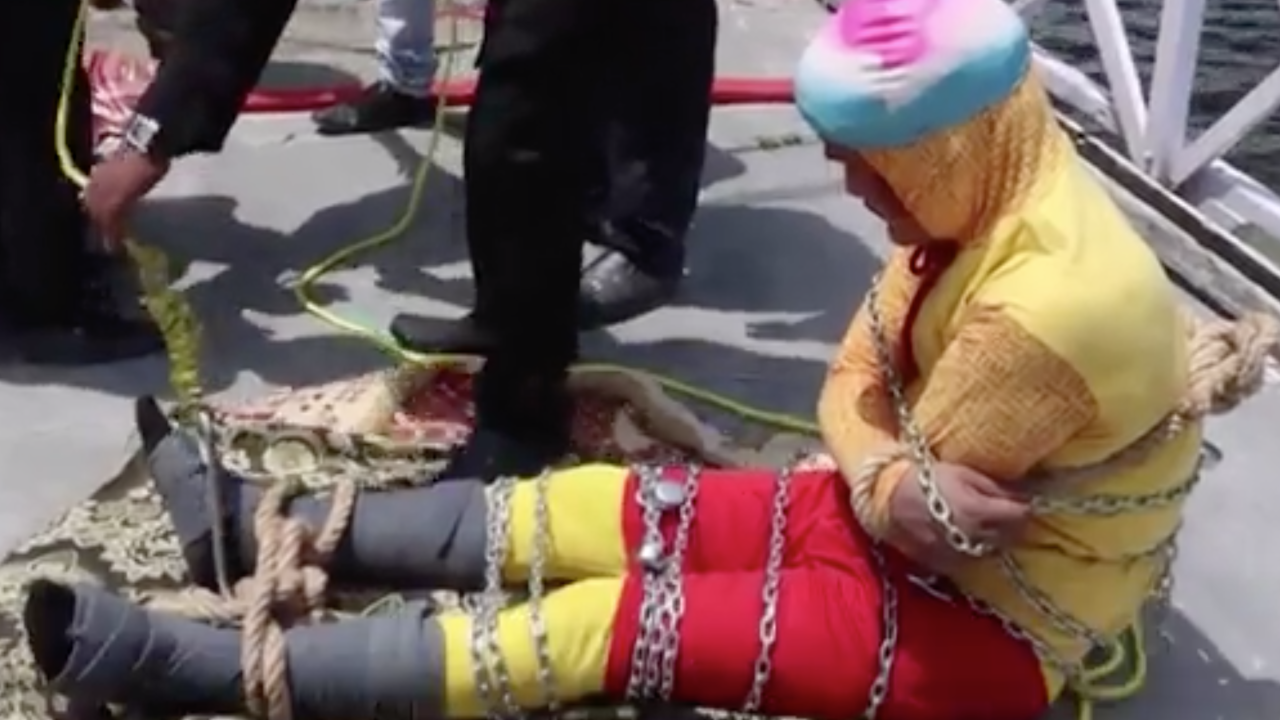 Indian police have recovered the body of a stuntman who went missing in the Hooghly River Sunday while attempting a daredevil trick, authorities confirmed.

Chanchal Lahiri, 40 -- better known by his stage name "Jadugar Mandrake", or "Wizard Mandrake" -- was undertaking an escape stunt near the Howrah Bridge in Kolkata, where he was tied up with steel chains and rope and lowered into the water.

He was expected to free himself and swim to the surface as he had done many times before. Yet worried spectators, which included team members and his family, launched a frantic search along the banks of the river after he failed to emerge 30 minutes later.


Before being lowered into the water, Agence France-Presse (AFP) reported that Lahiri told the crowd: "If I can open it up then it will be magic, but if I can't it will be tragic."

Syed Waquar Raza, deputy commissioner at the Port Division of Kolkata Police, told CNN that police had found the magician's body on Monday evening around two kilometers from the site of the incident.

The body was identified by his brother, and a police investigation has been launched into how the accident occurred, Raza confirmed.

Lahiri told AFP prior to the stunt Sunday that he had completed a similar act 21 years ago at the same location.

"I was inside a bulletproof glass box tied with chain and locks and dropped down from Howrah bridge," he said. "Then I came out within 29 seconds."

He also attempted a similar stunt at the river in 2013, but drew scorn from onlookers after he was seen escaping from a locked cage through a door. He was reportedly beaten and punched by spectators following the incident, AFP said.

Jayanta Shaw, a photographer with a local newspaper, told CNN that Lahiri would usually break free from his bonds, swim ahead and emerge from the water.

"When he failed to emerge from the river for a while, the authorities began the search," Shaw said.