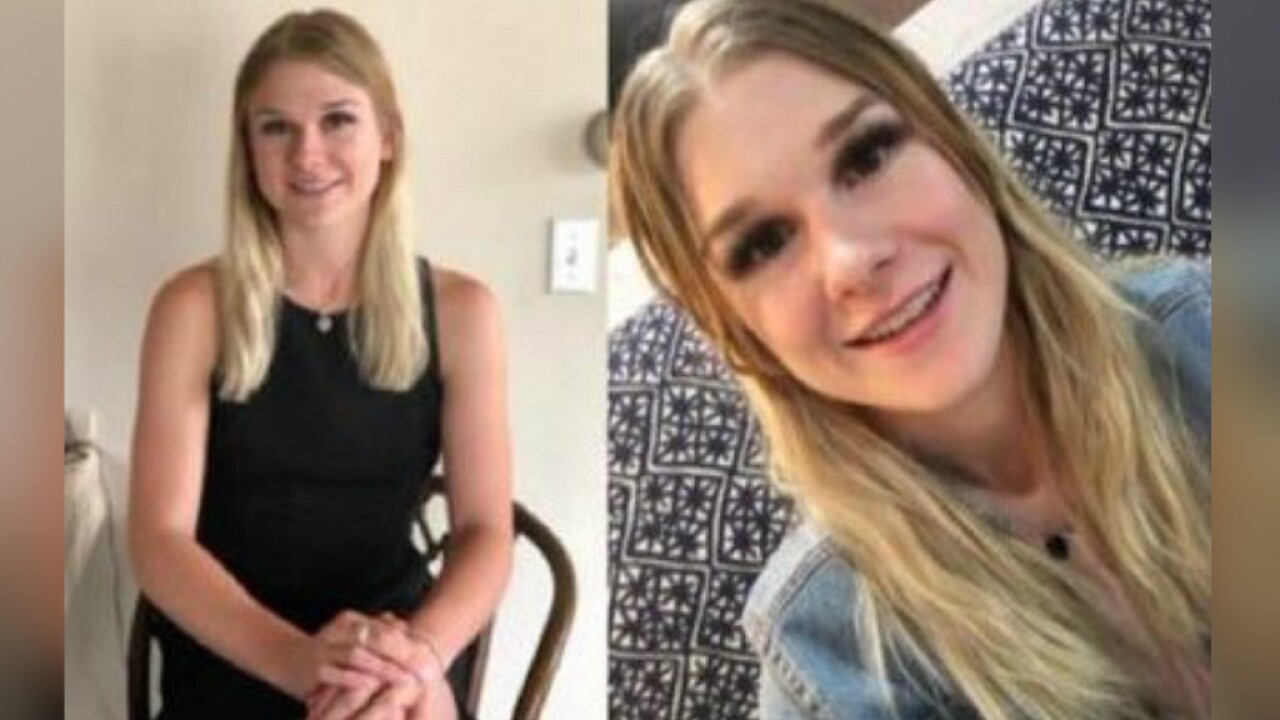 BREAKING: A person of interest in the case has been charged with murder in connection with the disappearance of University of Utah student Mackenzie Lueck.

Ayoola Ajayi, 31, was arrested and charged with aggravated murder, aggravated kidnapping, desecration of a body and obstruction of justice.

The news comes after police searched a home in the Fairpark neighborhood, where detectives found "multiple items of evidence," according to Salt Lake City Police Chief Mike Brown.

Detectives have spoken with the homeowner, Brown said in a news conference Thursday. The owner of the residence was not in police custody at that time.

A neighbor near the house that was searched said she smelled gasoline and something burning there. Teresa Draheim said her neighbor lit a fire in his yard recently.

Lueck has not been since since the early morning hours of June 17, when she was dropped by a Lyft driver at a park, where, according to police, she met another person.

She hasn't been heard from since.

Investigators are also looking for a mattress and box spring that were given away from the Fairpark home last week, Brown said. He asked that whoever took them contact the Salt Lake City Police Department.

SLCPD took one person into custody this morning regarding the MacKenzie Lueck case. We will be providing an update at 11:30 a.m at the Public Safety Building. #MacKenzieLueck

The 23-year-old University of Utah student's disappearance is surrounded by mystery, and yet police say that day she did not seem troubled.

Lueck flew in to Salt Lake City International Airport from a family funeral in California and texted her parents at 1 a.m. when she landed.

Airport surveillance footage showed her rolling her luggage past a baggage carousel in the early morning hours.

She then took a Lyft to Hatch Park in North Salt Lake City, where she was last seen.

"Mackenzie was met at Hatch Park by an individual in a vehicle," Salt Lake City Police Assistant Chief Tim Doubt told reporters Monday. "The Lyft driver left Mackenzie at the park with that person and stated that Mackenzie did not appear to be in any type of distress."

Detectives have been canvassing the area around the park and looking for video surveillance.

Authorities have not been able to track Lueck through her phone, which they believe has not been on since June 17.

Investigators may not have location tracking, but Brown said investigators are examining the case's "digital footprint."

"This is a digital forensic investigation," he said. "This is covering computers, cellphones, IP addresses, URLs, texting apps."

The Lyft driver confirmed the route Lueck took and the app said that it showed no irregularities.

"We recognize how scary this must be for those who know and love Ms. Lueck," Lyft said. "The safety of our community is fundamental to Lyft and we are actively assisting law enforcement with their investigation."

Lueck's family and friends have not heard from her since the day she landed, police said. And they say it is unusual.

Lueck was scheduled to fly to Los Angeles on June 23 but missed the flight.

"She's extremely dedicated. She would never miss her midterms or anything like that," Fine told the Salt Lake City TV station. "She hasn't been home. She didn't show up to work, or anything."

Brown spoke to her father and said he could "feel the heartache and the pain and the suffering in his voice as we spoke."

"And my commitment to Greg was we would do everything within our power, the Salt Lake City Police Department, to bring Mackenzie home," Brown said. "And that is our charge and that we are committed to do."