Louisiana firefighters jump into floodwaters to save woman trapped in car 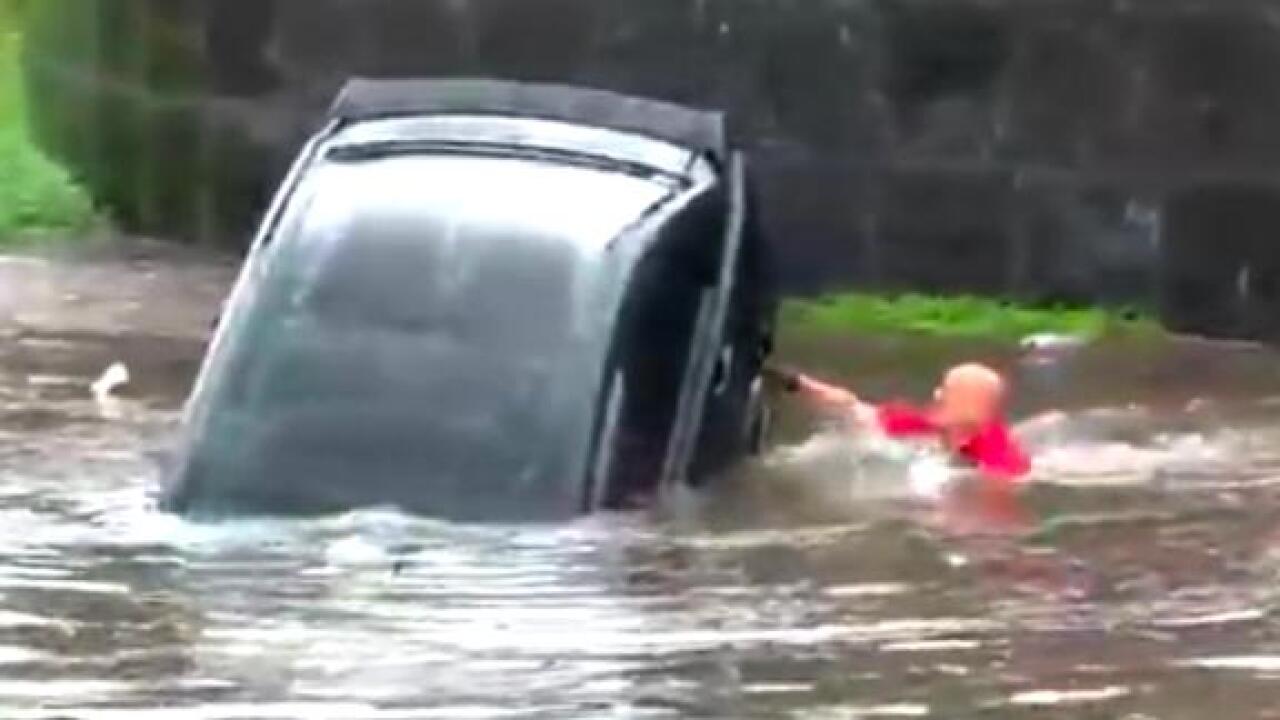 Two Baton Rouge firefighters dove right into the dangerous water on Thursday morning to rescue a motorist trapped in her car.

"We were just doing what any firefighter would do," the pair said in a statement.

The firefighters were in the area rescuing another motorist when they noticed a car trying to cross the high floodwater, Baton Rouge Fire Department's Public Information Officer Curt Monte told CNN.

The area is near a railroad underpass and the current quickly swept the car away with the woman trapped inside.

Severe weather in the area has caused at least one death, according to Baton Rouge Mayor Sharon Weston Broome. Police said a driver went underwater after trying to leave his car, and was pronounced dead at the hospital.

Several streets are closed because of flooding and the rain isn't over yet.

"Baton Rouge has seen 3.68 inches of rain so far with several active flash flood warnings in effect," CNN's weather team said. "The heaviest rain is slowly moving east, but there could still be a few spotty showers for the rest of the day."