IV therapy bars are popping up across the country, but does the treatment work?

IV therapy bars are popping up across the country, but does the treatment work? 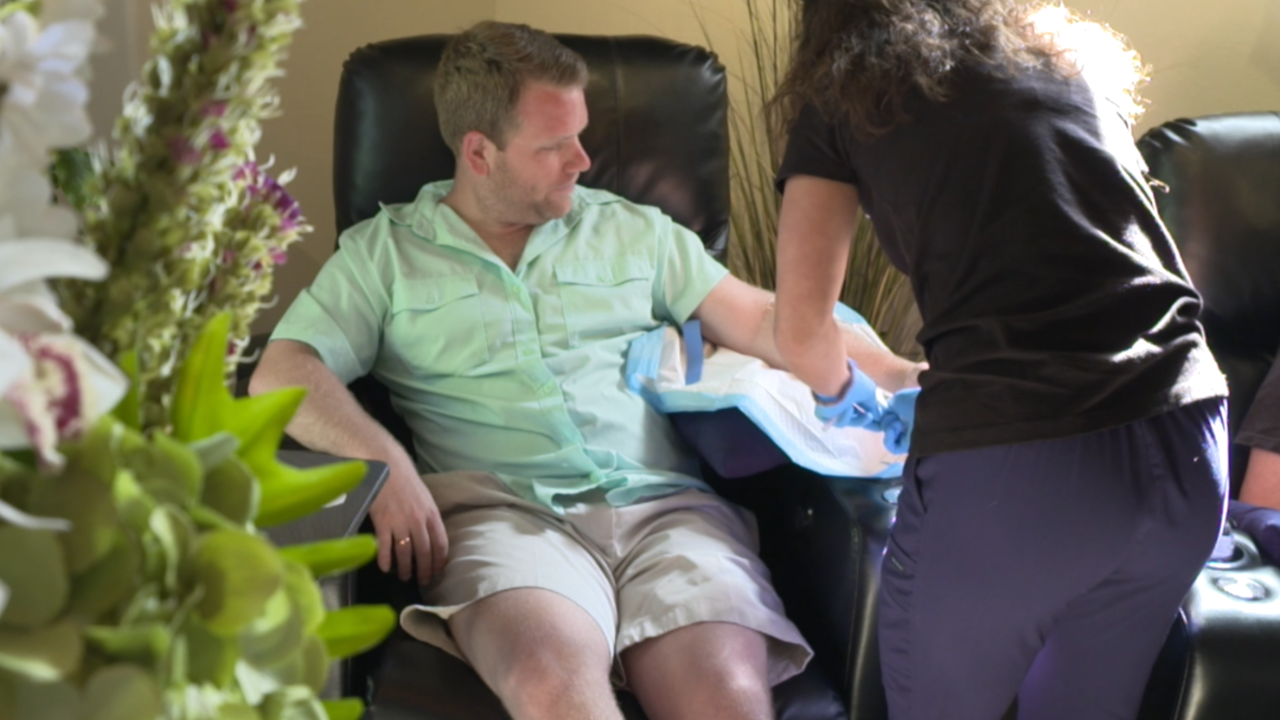 It’s a boot camp workout at Vital Strength and Fitness in Denver, and as the sweat starts pouring, the athletes are looking for an edge.

To help with his post-workout recovery, Lopez, a former MMA fighter, turns to intravenous therapy.

“It makes you feel superhuman,” Lopez says of IV therapy. “Which is why it’s not allowed in mixed martial arts anymore, because it brings you back better than you felt before.”

Banned by some sports but now coveted by many businesses, these bags of saline and vitamins are being marketed to give your body a boost. Now, more people are paying big bucks to have these medical potions pumped into their bodies.

“Honestly, it’s a game changer,” former NFL cheerleader Erica Beard says of using IVs. “You can notice a difference in your energy level.”

Beard, a mother of two, gets an IV drip once a month at Denver Hydrate. She says these vitamin cocktails help fight fatigue and improve her health.

“It helps with muscle recovery and staying hydrated,” she says. “It’s not easy drinking enough water as we need to.”

From Nashville to Las Vegas, IV therapy bars are popping up across the country, targeting everyone form weekend warriors to those nursing a hangover. It costs anywhere from $40 to $200 a session.

But does it really work, or is this just a pumped-up placebo effect?

“It really helps,” says ER nurse Gianna Nardi, who administers IV drips on the side. “You're going to absorb 100 percent of the vitamins.”

Many other medical professionals, however, say IVs aren't worth the cost. They say many symptoms people are trying to cure aren't caused by dehydration and that most people can just drink the fluids they need.

However, Beard disagrees with the claims.

“I think it’s funny that they think its placebo,” she says. They can hate on it until they try it.”