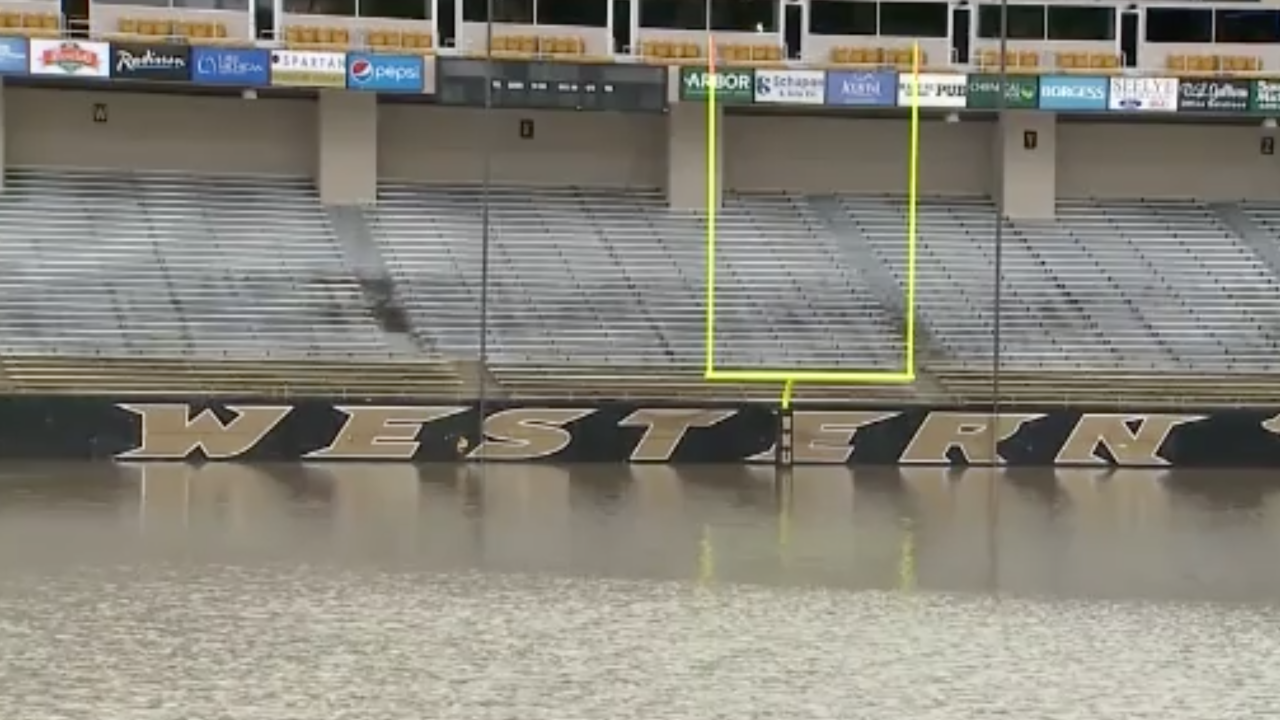 Rainy days are all fun and games until a football stadium looks like it should be hosting a sailboat race.

The floodwaters overwhelmed the campus drainage system and water began to fill the football stadium, nearby baseball stadium and surrounding parking lots. To protect nearby buildings from damage, the football's field pumps were shut off Thursday morning -- hence, the stadium pool -- said WMU spokeswoman Paula Davis.

The National Weather Service issued a flood advisory Thursday morning for Kalamazoo, updating it to a flood warning by the afternoon. As many as 4 inches of rain fell on the city, the NWS said, and by the looks of the small lake in Waldo Stadium, the entire area may have looked like a waterlogged sponge.

Similar flooding happened at the stadium in October 2017, canceling a game between the Western Michigan University Broncos and the Zips of the University of Akron.

Thankfully, no sporting events were scheduled for WMU's stadium this week, although the school probably faces a major cleanup operation.

Davis said the situation was under control by Thursday afternoon.

"At 11 am we turned the pumps back on and we are lowering the water in the stadium," she told CNN in an email. "You can now see the fields."