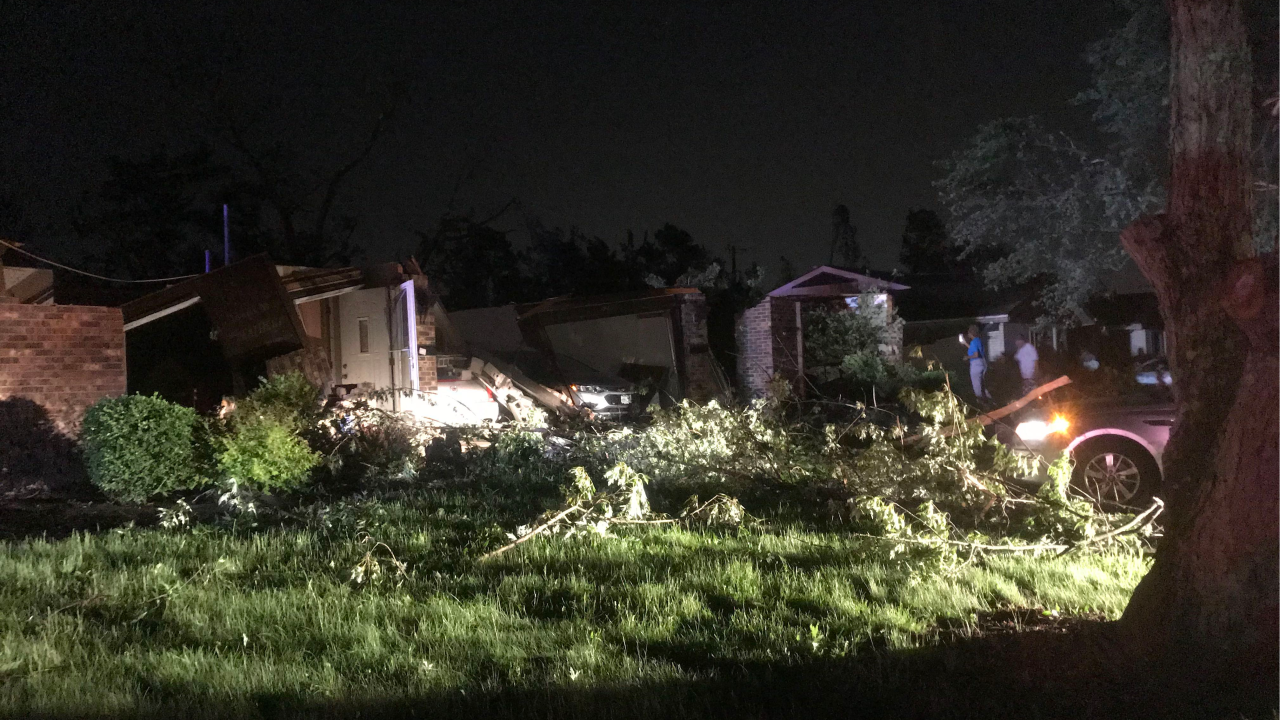 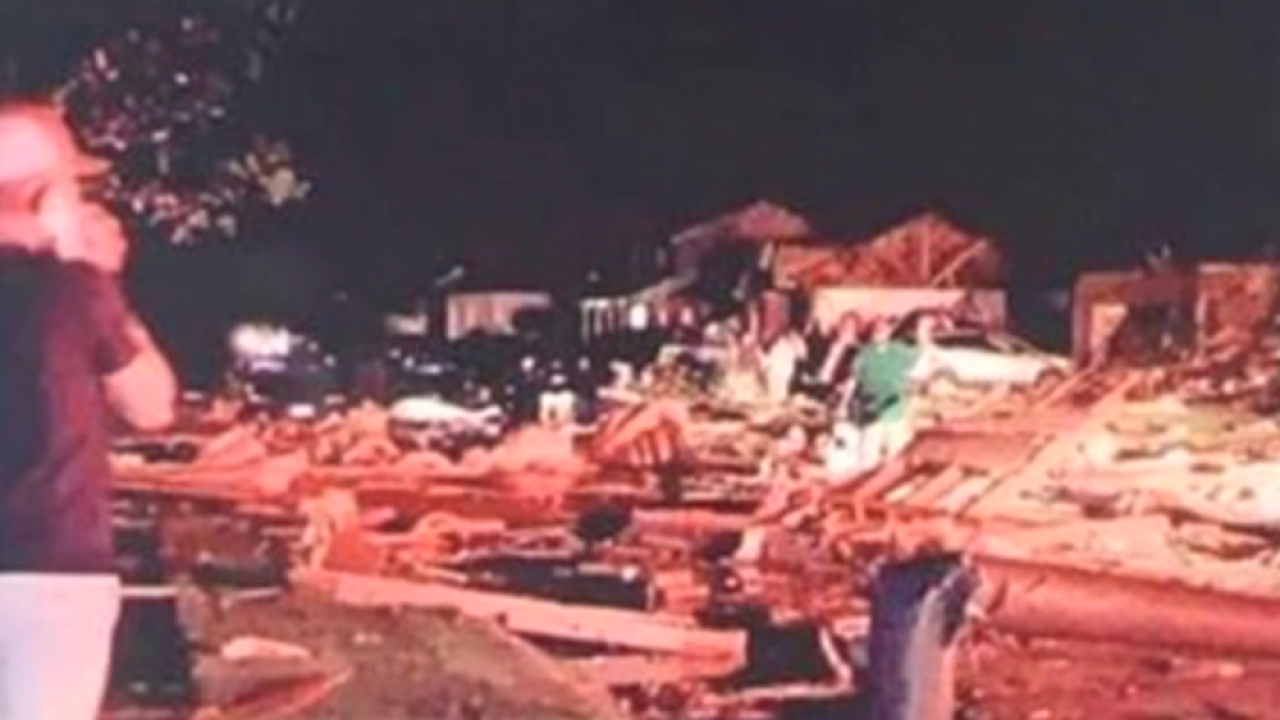 CINCINNATI, Ohio — Homes reduced to splinters. A high school with its roof torn off by wind. A snowplow clearing debris from I-75. More than 50,000 people without electricity.

The images that emerged from a Monday night string of severe thunderstorms showed a Miami Valley devastated by high winds, lashing rain and at least one confirmed tornado — likely more, according to the National Weather Service in Wilmington, Ohio. The NWS first tweeted about a "CONFIRMED LARGE AND DANGEROUS TORNADO ON THE GROUND NEAR TROTWOOD, OHIO" around 11 p.m.

It would fire off dozens more tweets in the following hours: Watches, warnings, "DEBRIS BEING LOFTED INTO THE AIR BY A TORNADO SOUTH OF CIRCLEVILLE, OHIO," and a promise to conduct damage surveys when the sun rose. Many of the most fortunate people in the surrounding area spent the night in their homes, locked in place by an overlapping web of flash flood, thunderstorm and tornado warnings.

The least fortunate might have lost their homes entirely, according to WCPO sister station WHIO.

“It looks like this entire neighborhood is destroyed,” WHIO reporter Sean Cudahy said while surveying one street in Celina, Ohio, with his phone flashlight. “Every house you look at has substantial damage.”

He could see directly through the roof of one house, he said.

Celina Mayor Jeffrey Hazel confirmed in a 1:15 a.m. interview multiple homes had been destroyed — one reduced to the foundation — and the American Red Cross had set up an emergency shelter for those displaced by the weather. He added at least six people had been injured, although none seriously.

Furthermore, according to Hazel, the entire city of over 10,000 was without electricity after damage to its power lines. Celina police warned crews to stay out of the city because of the danger presented by downed power lines and debris, and WHIO showed the larger impact of damage to power infrastructure across the valley: More than 50,000 outages.

WHIO also reported Brookville High School in Brookville, Ohio had canceled classes for Tuesday after winds ripped the roof off.

Ohio Department of Transportation spokesman Matt Bruning discouraged travel on I-75 outside of Dayton, where images he posted to Twitter showed roads lined with unidentified debris.

Our crews are arriving on the scene at I-75 north of downtown Dayton. Again, avoid this area if you can. pic.twitter.com/1JWJxB6nng

Here’s a live look from our ODOT trucks as crews clear debris off of I-75 north of Dayton. Please avoid this area while we work to clear the interstate following the storm. pic.twitter.com/IHzRJEYRsT

None of the severe weather that struck the Miami Valley was expected to reach Greater Cincinnati.