23 people were in the truck at the time 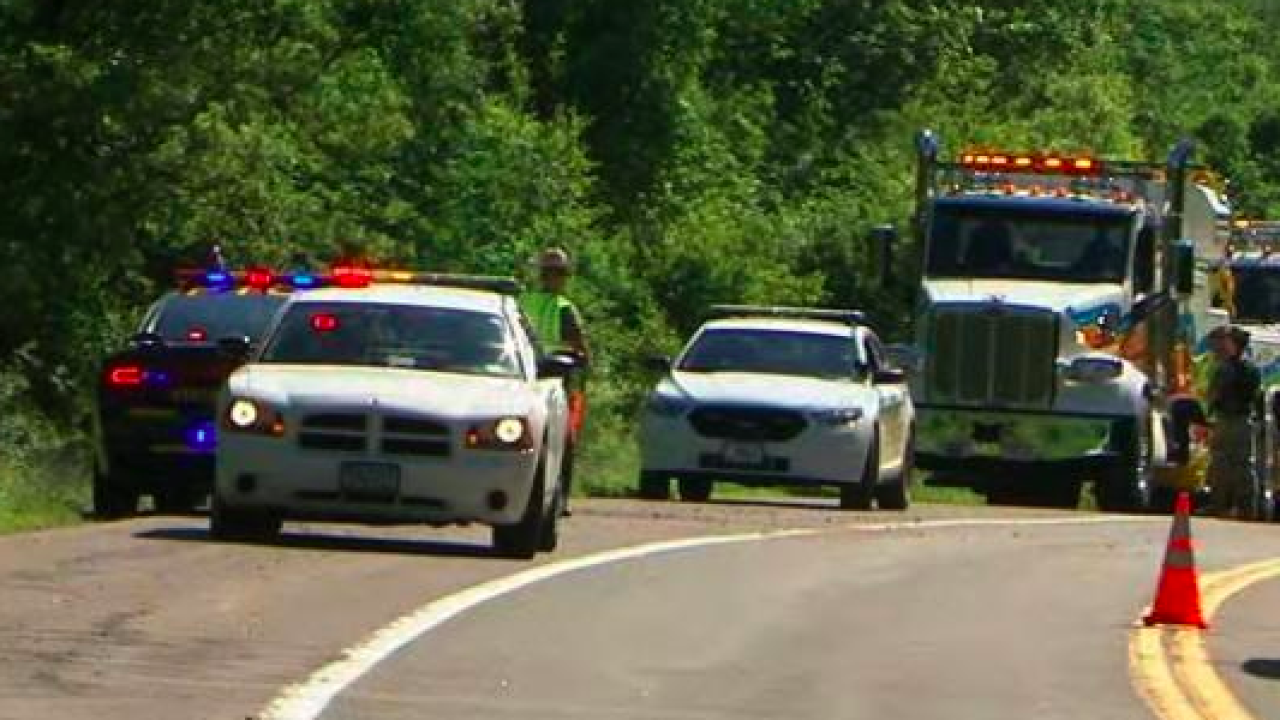 A West Point cadet was killed Thursday in a vehicle accident near an academy training site, and 19 other cadets and two soldiers were injured, the academy said.

Lt. Gen. Darryl A. Williams , the superintendent of the US Military Academy at West Point, said at a news conference that the injuries in the rollover accident are not considered life-threatening.

Williams said he was unable to immediately provide details about the cause of the accident, citing the ongoing investigation, and that the name of the deceased cadet would not be released until their family was notified.

"Today was a tragic day for the West Point community and our United States Army," Williams said.

RELATED: West Point has an outsize importance in US history

Later on Thursday, West Point spokesperson Ltc. Christopher Ophardt said the cadets were in a light medium tactical vehicle and were on their way to a land navigation course where they were going to do a map reading exercise. The cadets were from the class of 2020, the spokesperson said.

The academy earlier Thursday said 20 cadets were injured, but a spokesman, Lt. Col. Christopher Ophardt, said at the news conference that the deceased cadet was originally included among those hurt.

The US military academy is located in New York, a 45-minute drive away from New York City, according to the academy.

Cadets take part in field training exercises during their second summer at West Point. That training "is designed to familiarize and train each Third Class cadet in basic and advanced individual Soldier skills," according to the West Point website.

"Training is conducted in combined arms operations, introducing the cadets to the combat, combat support and combat service support branches of the U.S.," the site says.

New York Democratic Gov. Andrew Cuomo said in a statement he was directing New York's Office of Emergency Management "to provide any resources necessary" to assist following the accident.

"On behalf of all New Yorkers, we pray for a speedy recovery for those involved and we share in the sorrow experienced by their loved ones during this extremely difficult time," Cuomo's statement said.

President Donald Trump, who was in Europe for the 75th anniversary of D-Day, tweeted his condolences later Thursday.

"So sorry to hear about the terrible accident involving our GREAT West Point Cadets. We mourn the loss of life and pray for the injured. God Bless them ALL!" Trump tweeted.

Secretary of State Mike Pompeo, a West Point graduate, also sent along his condolences via Twitter.

"Heartbroken for the cadet who was killed in service to our nation at my alma mater, West Point," Pompeo tweeted. "May the cadet's family find peace in knowing our nation will always honor that commitment. Praying for them, the injured cadets and all of their families. May the Lord be with you all."

Marks, an alumnus of West Point, said these are "routine" exercises done generally during what is the summer after cadets' first year. Marks said the cadets are "exposed to how Army operates at small-unit level squads" and also learn about "team building" and learn "individual skills as team leader."

Marks said while he did not know the conditions that led to this particular accident, he said the Army would "get its arms around it and instate policies" to assure this did not happen again.

While the US looks at winding down various combat operations overseas, the military has been grappling with how to prevent deadly training incidents both at home and abroad.

Between 2006 and 2018, 31.9% of all active duty military deaths were the result of accidents, according to a congressional report . Only 16.3% of service members who died during that timespan were killed in action.

Last year, a spate of non-combat military aircraft crashes prompted House Armed Services Committee Chairman Mac Thornberry, R-Texas, to say the "readiness of the military is at a crisis point."

One of the most recent accidents occurred in March, when two Marine pilots died in a helicopter crash near Yuma, Arizona, during a routine training exercise.

This story has been updated with additional developments and information.