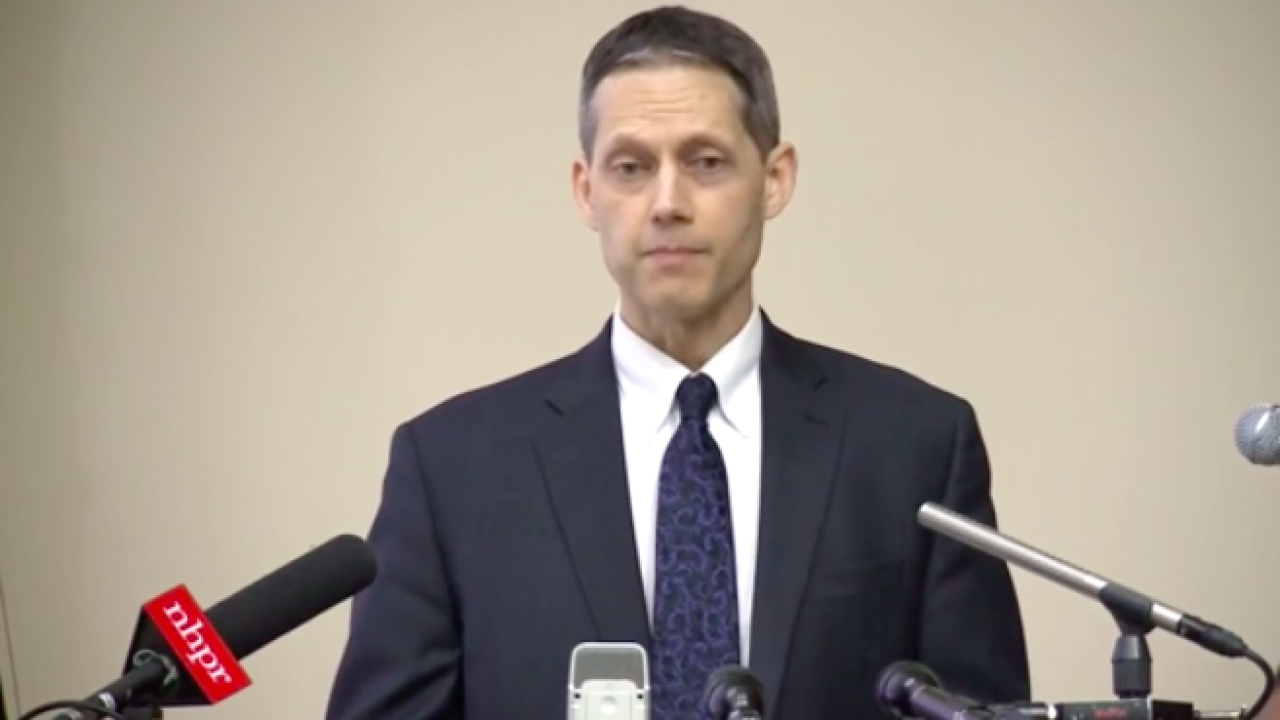 NEW HAMPSHIRE — For decades, the identities of four murder victims, a woman and three girls, whose bodies were discovered in barrels in Allenstown, New Hampshire, remained a mystery.

Authorities on Thursday revealed that they had identified three of the four victims in the chilling cold case known as the Bear Brook murders .

Jeffery Strelzin, associate attorney general of New Hampshire, told reporters at a news conference that in 1978, Honeychurch visited her family in La Puente, California, with her two daughters. Strelzin said one of the daughters was about 6 years old at the time and the other was about 1 year old. They had different fathers.

After an argument with her mother, Honeychurch left. The family never heard from her or the children again.

At the time she and her children went missing, she had a boyfriend named Terry Rasmussen -- a man known in New Hampshire as "Bob Evans," who authorities believe killed the four victims before moving to California and killing his wife decades later.

Evans died of natural causes in 2010 while he was serving time in California for his wife's murder.

During deer season in November 1985, a hunter in Allenstown discovered a steel drum with the remains of a woman and a young girl just inside Bear Brook State Park, known for its bogs, lakes and trails. The woman was thought to be about 23 to 33 years old, while the girl was estimated to be about 9 or 10.

Investigators looked into the case but were unable to crack it.

Then in 2000, a trooper looking into the cold case came across another barrel with two more bodies -- a girl believed to be 3 or 4 years old and another believed to be about 2 or 3.

Authorities determined that the woman, the oldest child and the youngest child were related.

DNA testing confirmed that Rasmussen is the biological father of the middle child, who had no biological ties with the other three victims. The identity of her mother is still unknown, and investigators say they are continuing to seek answers about her.

How the victims were identified

Marlyse Honeychurch and her two daughters were identified through a combination of information from their family, DNA testing, genealogy research and the work of a librarian.

In late 2017, Rebekah Heath, a librarian who had a "hobby for missing persons," saw a post on an ancestry message board from 2000 about a woman named Marlyse McWaters and her daughter Sarah, according to New Hampshire State Police Sgt. Matthew Koehler.

Heath responded asking whether the two could be the victims found in Allenstown, but never heard back.

About a year later, Heath was listening to a podcast about the Bear Brook murders when she remembered the ancestry message board posting, Koehler said. She got in touch with the person who wrote that post to ask some questions.

That person identified Terry Rasmussen as the person who last had contact with Marylse. Though they were not aware of Rasmussen's criminal history, Heath was, Koehler said.

CNN has reached out to Heath but has not heard back.

The next day, California investigators alerted the National Center for Missing and Exploited Children about the potential lead. Honeychurch and her two daughters were identified as last being seen with Rasmussen around Thanksgiving in 1978.

Through advances in DNA technology, investigators were able to obtain DNA profiles of the degraded remains. Barbara Rae-Venter, a genetic genealogist who also helped crack the Golden State Killer case, was able to confirm the identities of the victims via searches through DNA databases, according to Strelzin. That, plus the information that came in from another researcher and the DNA samples from the family, allowed them to make the final determination.