He lost his hand to fireworks. Doctors regrew it on his chest 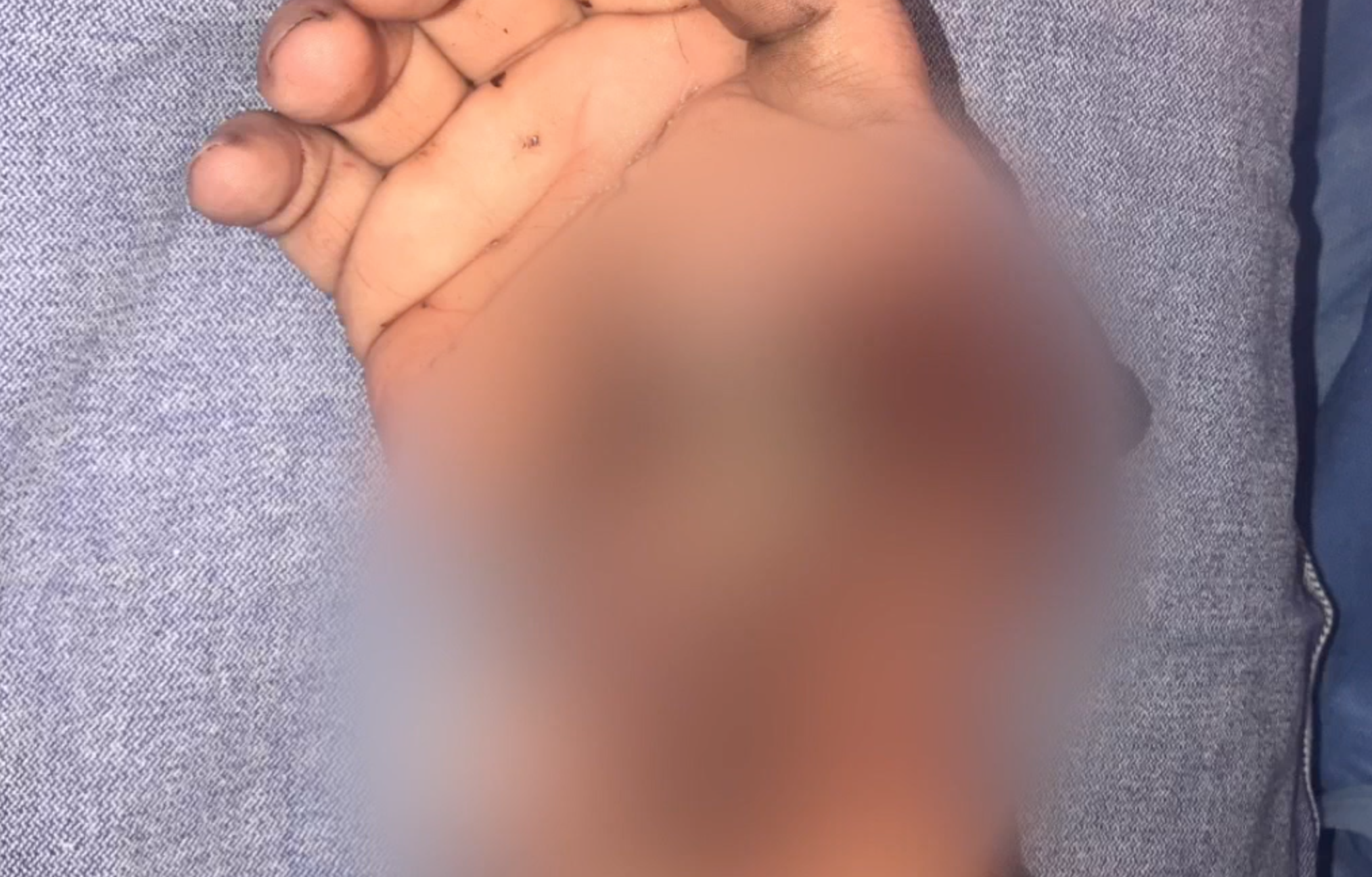 Images in this story may be disturbing for some viewers.

PUEBLO, Colo. — If you've ever felt like playing with fireworks, and maybe doing so after a few drinks, you might want to pay attention to this man's cautionary tale.

For the past six months, electricity estimator Trevor Tate has been re-learning how to use his hand.

“I use my hand ten hours a day all day, every day at work,” Tate said. “I type … take notes, crunch numbers.”

That's because while lighting fireworks on New Year's Eve, Tate did something he now calls stupid.

Instead of launching up into the air, the explosive fired downward, and through his right hand.

“I remember my hand coming all the way back like this and me telling myself, ‘wow that didn't feel right, felt like a lot of pressure.’ I felt pain in my elbow and that was it, nowhere else,” Tate said. “And then I looked down at the back of my hand and the whole back of my hand in this area was white — just like bright white. And I’m like, ‘something has happened.’ ”

He soon realized his hand was barely still attached. Doctors at two different hospitals that night told him he may lose his hand. But he was soon put in touch with Dr. Benson Pulikkottil at Denver's Swedish Medical Center.

“It was a pretty shocking injury,” Pulikkottil said.

Shocking, but something he believed he could fix. He attached Tate's hand to the tissue on his chest so blood could flow from his chest into his hand. A piece of skin from his chest now covers the underside of his hand.

The doctor's advice this holiday?

“Avoid alcohol during this time,” said Pulikkottil, the medical director of Burn & Reconstructive Centers of Colorado at Swedish Medical Center. “Don't cloud your judgment. These injuries, when they happen in a millisecond, you've now changed your life forever.”

"The way I feel about fireworks now is … I probably won’t go outside and enjoy our country's pastime of blowing up fireworks,” he said. “It’s done enough. Trauma, inside of my head … I don't like loud noises anymore.”

Instead, the electricity estimator might work on his rehab exercise, adding to the progress he's already understandably proud of.

"You look them in the eye and shake with your right hand. And I can do that now,” Tate said, “where before I couldn't.”