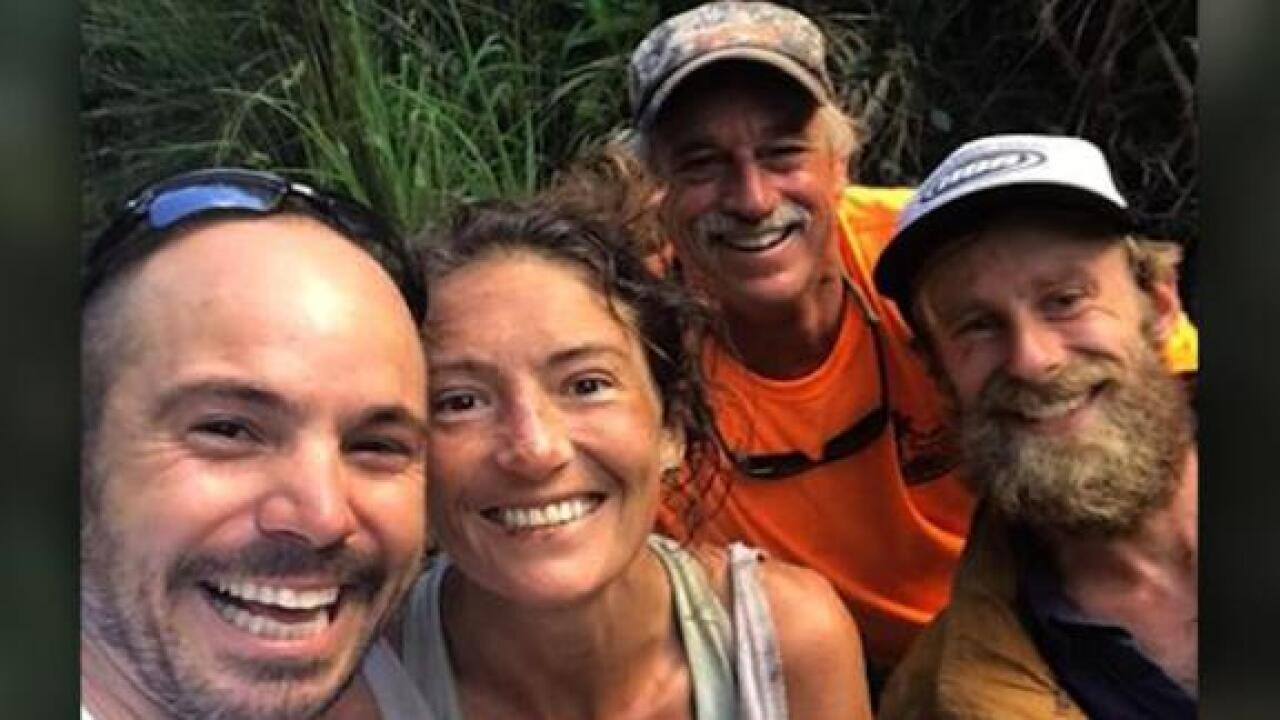 A woman who survived 17 days in a forest in Hawaii after she got lost while hiking says she was irresponsible for going into the woods unprepared.

"It was naïve and irresponsible of me to go out into the woods the way that I did," Amanda Eller, 35, said in a Facebook video Friday.

Her response comes amid criticism for her comments comparing her hike last month to a spiritual journey. She acknowledged her words may have "bypassed" the details of what really happened.

Eller has said she set out on a hike to the Makawao Forest Reserve in Maui to connect with nature and get grounded. She rarely went to that park and hadn't been in months.

The physical therapist figured she'd go for a 3-mile hike and spend a couple of hours in the woods.

"I don't really know what happened," she said told reporters Tuesday. "All I can say is that ... I have strong sense of internal guidance, whatever you want to call that -- a voice, spirit, everybody has a different name for it."

She said it turned out to be not nearly as strong when after meditating on a log she wanted to go back to her car.

She tried one path and it didn't get her back to her car. She tried another and realized she wasn't on a human path; she was on a boar path.

"At that point I had no choice because everything looked the same. I said, 'The only thing I have is my gut. I don't have a compass. I don't have a cell phone,'" she said. "'So, spirit,' or whatever you want to pray to, I said, 'I need your help right now.'"

She said she listened to her sense of guidance, which instead of taking her back to her car, took her on a 5-mile journey, one she called a "spiritual boot camp."

She spent 17 days in the woods trying to stay alive and catch the attention of searchers in helicopters. Rescuers found her on May 24 after more than two weeks in the wilderness.

She spent two days in a Maui hospital being treated for severe sunburn, a twisted knee and ankle problems before she went home Monday night.

Eller thinks the days she spent alone in the woods, surviving on berries and stream water, is part of something bigger, something that has been changing her life since she moved to Maui four years ago.