Harriet Tubman's face may not be on $20 bills until 2028, treasury secretary says 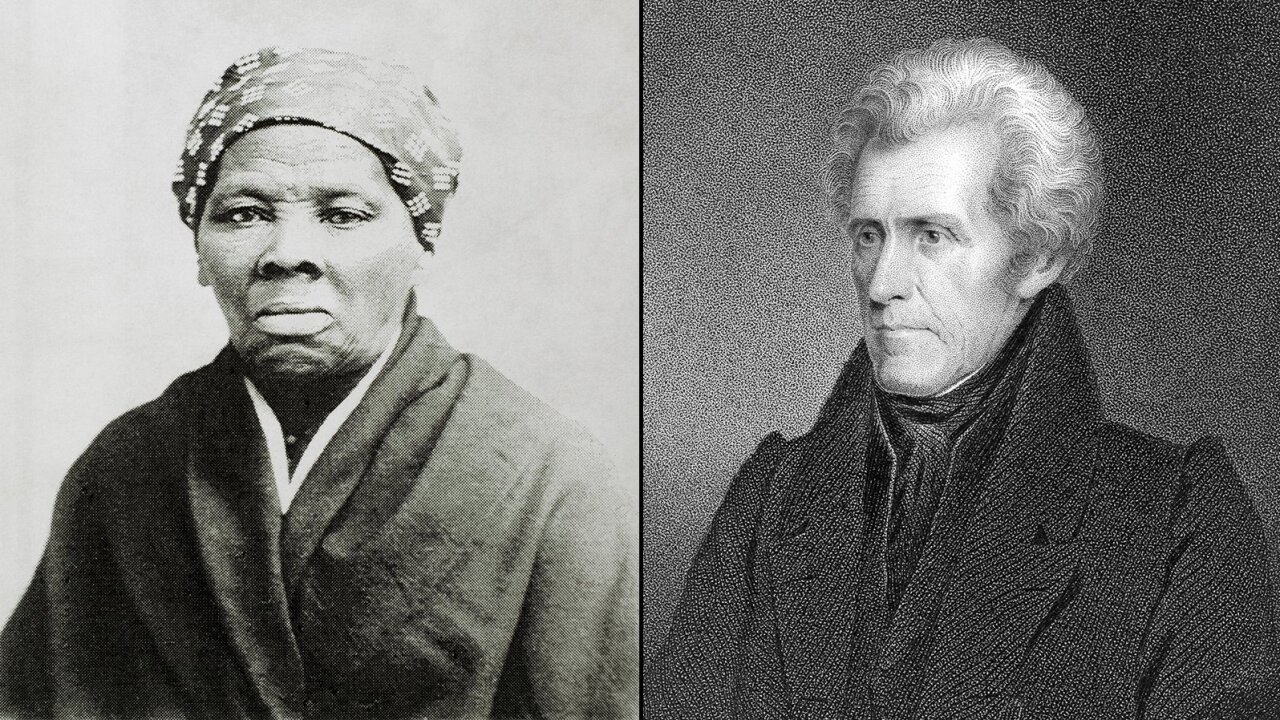 Rep. Ayanna Pressley, a Massachusetts Democrat, questioned Mnuchin during a House Financial Services Committee hearing, asking about plans to put the Underground Railroad hero on the bill as part of its redesign.

"I've made no decision as it relates to that," Mnuchin replied.

He said in response to repeated inquiries from Pressley that he is focused primarily on anti-counterfeiting and security measures, and that he anticipates the new $20 bill would not come out until 2028. He went on to say decisions about the imagery on the $20 bill "will not be an issue that comes up until most likely 2026."

"It's not a decision that is likely to come until way past my term even if I serve the second term for the President," Mnuchin said. "So I am not focused on that at the moment."

The comments infuriated some, enough that an artist named Dano Wall has created a 3-D stamp to superimpose Tubman's face over Andrew Jackson's on $20 bills. His goal, he told the Washington Post, is to get 5,000 stamps out there.

Harriet Tubman is already appearing on $20 bills whether Trump officials like it or not - A New York designer took matters into his own hands after Treasury Secretary Steven Mnuchin delayed replacing Andrew Jackson with Tubman.https://t.co/NhzzkzMbVv pic.twitter.com/afnS9K876s

The artist is selling the stamp on Etsy, and currently he is sold out. He is working to create more.

It is not illegal to make markings on U.S. currency unless the money is deemed unrecognizable or unuseable after the markings are made.

Democratic Rep. Elijah Cummings of Maryland and Republican Rep. John Katko of New York issued a statement later Wednesday expressing disappointment with Mnuchin's remarks and pressing for the passage of their legislation to require all $20 bills printed after 2020 to "bear the likeness of Harriet Tubman."

"The administration's decision to drag their feet and delay the redesign of the $20 until 2028 is unacceptable," Cummings said.

The comments on Wednesday were the latest in a years-long saga to redesign the bill.

Mnuchin's predecessor, Treasury Secretary Jack Lew, announced in 2016 that the US would swap out President Andrew Jackson, the slave-owning president whose legacy is synonymous with the Trail of Tears, with Tubman. Under Lew's plan, Tubman -- an escaped slave who would be the first black woman featured on official US currency -- would be on the face of the bill and Jackson moved from the front of the $20 to its back.

He said that Tubman was "fantastic" and suggested putting her on the $2 bill, which features President Thomas Jefferson, instead.

As President, Trump visited Jackson's grave and put a portrait of the 19th century populist in the Oval Office.

Mnuchin said in a January 2018 interview that "we aven't made any decision as to whether we'll change the bill, or won't change the bill," and a Treasury Department spokesperson told CNN this year that Mnuchin's position remained the same.