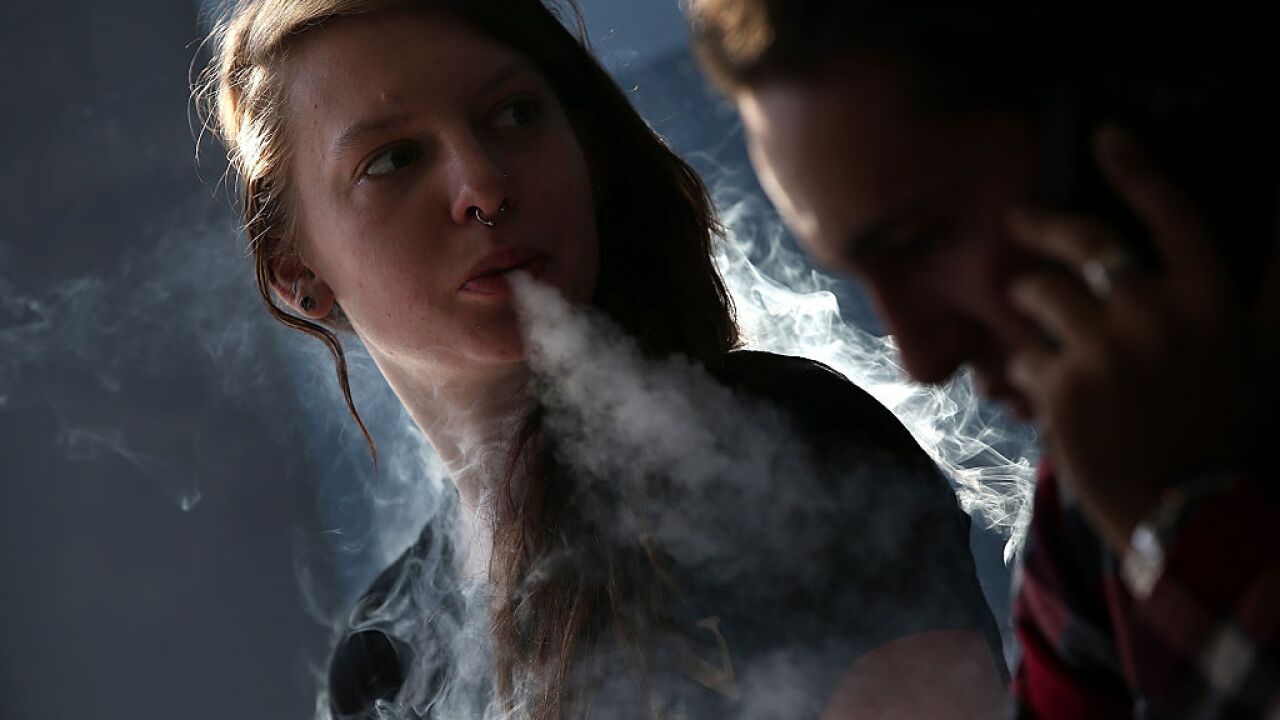 An undercover operation in California found that half of tobacco and vape shops failed to check IDs for teens purchasing e-cigarettes and other nicotine products, despite a state law raising the legal age for purchasing tobacco products to 21.

Researchers sent 18- and 19-year-old "decoys" into stores without ID, instructing them to tell the truth about their age if asked. The teenagers then attempted to purchase vape products -- e-cigarettes or e-liquids with nicotine -- and a chaperone watched to see if the store asked for ID and made a sale.

Almost half of tobacco and vape shops illegally sold nicotine-containing products to the teens, according to the research, published Monday in the medical journal JAMA Pediatrics. Liquor stores, supermarkets and pharmacies were significantly more likely to check for ID and less likely to make the illegal sales.

The research team, consisting of scientists from the California Department of Public Health and Stanford University, also found that vape and tobacco shops were more likely to sell teenagers vape products than traditional cigarettes.

It's unclear why that's the case, but "one possibility may be that vape products cost more and they might have a higher profit margin for retailers, so the temptation is greater to sell," said Lisa Henriksen, a co-author of the study and a senior research scientist at the Stanford Prevention Research Center.

'Raising the age is not enough'

The president of the Campaign for Tobacco-Free Kids, Matthew L. Myers, said the study "underscores the serious shortcomings of claims" from vape manufacturers that "the only solution needed for the youth e-cigarette epidemic is to raise the tobacco age to 21."

E-cigarette use among teens has skyrocketed in recent years, with nearly 40% of 12th graders now saying they use the devices, according to a report released last year. "Raising the age is not enough and won't work when tobacco and vape shops aren't even checking IDs of young purchasers," said Myers.

Gregory Conley, president of the American Vaping Association, said that "due to California's recently enacted law raising the age to purchase tobacco and vaping products to 21, it is probable that those under 18 are less likely to successfully purchase than in the past, but retailers are still mistakenly selling products to adults between the ages of 18 and 21."

In June 2016, California raised its age limit for tobacco products to 21, and more than 98% of retailers were aware of the new age restriction seven months after it went into effect, according to a survey conducted by researchers at the California Department of Public Health.

Conley added that "no youth sales should ever be permitted" and said his group supports mandatory ID scanners at points of sale. The country's leading vape manufacturer, Juul Labs, has also advocated for "Tobacco 21" laws in digital, print and radio ads.

In a statement last week, after Connecticut raised the purchase age for tobacco and vape products to 21, Juul said the laws "fight one of the largest contributors to this problem: sharing by legal-age peers." The company also said it has its own secret-shopper program , targeting 2,000 stores a month to ensure age verification.

But Myers, whose group has long advocated for raising the legal age to purchase tobacco, says recent laws that do that -- such as those passed in Texas and Illinois -- don't go far enough. "It's critical to prohibit the flavored products that are enticing and addicting kids," he said.

Juul has considered opening private retail stores that would check customers' IDs at the door. The move came amid heightened scrutiny of the company, including a lawsuit from North Carolina's attorney general accusing the manufacturer of marketing products to children.

In September, the FDA announced that a "blitz" on retailers resulted in more than 1,300 warning letters and fines related to sales of Juuls and other e-cigarettes to minors. In November, the agency proposed a plan to limit flavored vape products to age-restricted, adult-only stores, such as vape shops.

"We need to commend the FDA for trying to solve the epidemic of youth vaping by restricting the retail environment for these products," said Henriksen, who co-authored the new study on IDs.

"What we're worried about," she said, "is concentrating sales in stores with the worst record [of age verification and illegal sales] without stepping up enforcement significantly."