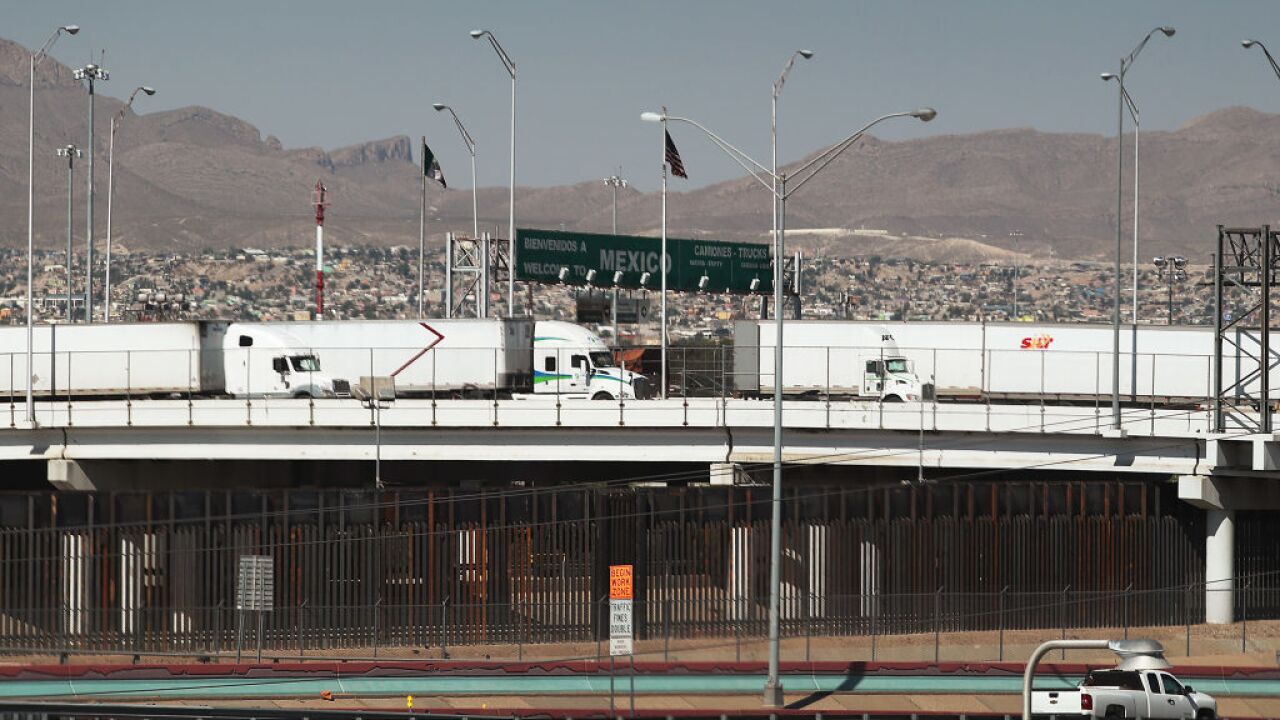 Senate Republicans on Tuesday sent an unmistakable message to the White House regarding President Donald Trump's threatened tariffs on Mexico in an effort to stem the flow of migration into the US: You don't want us to vote on these tariffs, because you would lose.

That message, according to a Republican Senate aide, was delivered after two White House officials attended the GOP Senate lunch to explain the administration's legal reasoning behind the move.

Republican senators are signaling they would have more support for a resolution of disapproval to end the national emergency associated with any new tariffs than they had in March, when a dozen Republicans voted against Trump's use of emergency powers to seize funds for his border wall.

But whether or not they truly expect to shoot down Trump's decision -- or even have a veto-proof majority to do so -- is unclear.

From our story on Tuesday:

"At issue is whether the President needs to declare a fresh national emergency to move ahead with the escalating tariffs, which he announced last week via Twitter as a move intended to pressure Mexico into stemming Central American migrant traffic across the southern US border.

"If Trump needs to declare a new emergency, it could quickly result in a vote of disapproval that would pass the Democratic-led House and leave Republican senators in a position of having to either vote against Trump or vote in favor of tariffs they disagree with."

It didn't help that the informational meeting provided little information for senators -- some said afterward that it seemed the White House still didn't know which path it would take.

"The way they put it was they're still working through all the details on it and they have not decided what their approach is going to be with regard to that," Sen. Mike Rounds, R-South Dakota, told reporters.

This isn't a vote many Republican senators want to have to take, and most members are still hoping the White House can change course after administration officials and Vice President Mike Pence meet with the Mexican delegation in Washington later Wednesday.

GOP leaders aren't saying whether they think they could have a veto-proof majority on the question. But, per Senate Majority Leader Mitch McConnell: "There is not much support in my conference for tariffs, that's for sure."

If senators do revolt, there is still the House to consider. The last resolution of disapproval failed to override Trump's veto in the House, so members in that chamber would have to have a change of heart as well.

And some Republicans argue a disapproval resolution would undercut Trump's negotiating hand.

"I think the best thing to do is support his effort, because if we would be more united behind him, there would be a lot more people at the table negotiating a solution rather than just waiting for the next election," said North Dakota Sen. Kevin Cramer.

Members in Trump-friendly states who are up for re-election, like Sen. Thom Tillis of North Carolina, have danced around the issue, arguing border security is critical and that they would remain deferential to Trump on the issue.

There are still legal questions to be answered, depending on how the administration drafts the executive order or proclamation about the new tariffs. Republicans say they want to sort out the legalities first and want to talk directly to the President before they go into effect.

It is clear Congress won't be passing any legislation this week ahead of the Monday deadline for the tariffs to go into effect.

Congress has failed to take action against Trump's other controversial trade moves in the past, with Republicans preferring to lobby against his protectionism privately. But this time, Trump may have gone too far by threatening across-the-board tariffs on one of the United States' closest trading partners in the middle of the ratification process for his renegotiated NAFTA.

Republicans probably don't know if they have a veto-proof majority in the Senate just yet. And it's hard to overstate the fact that the 67 votes required to override a veto in the chamber is a difficult lift.