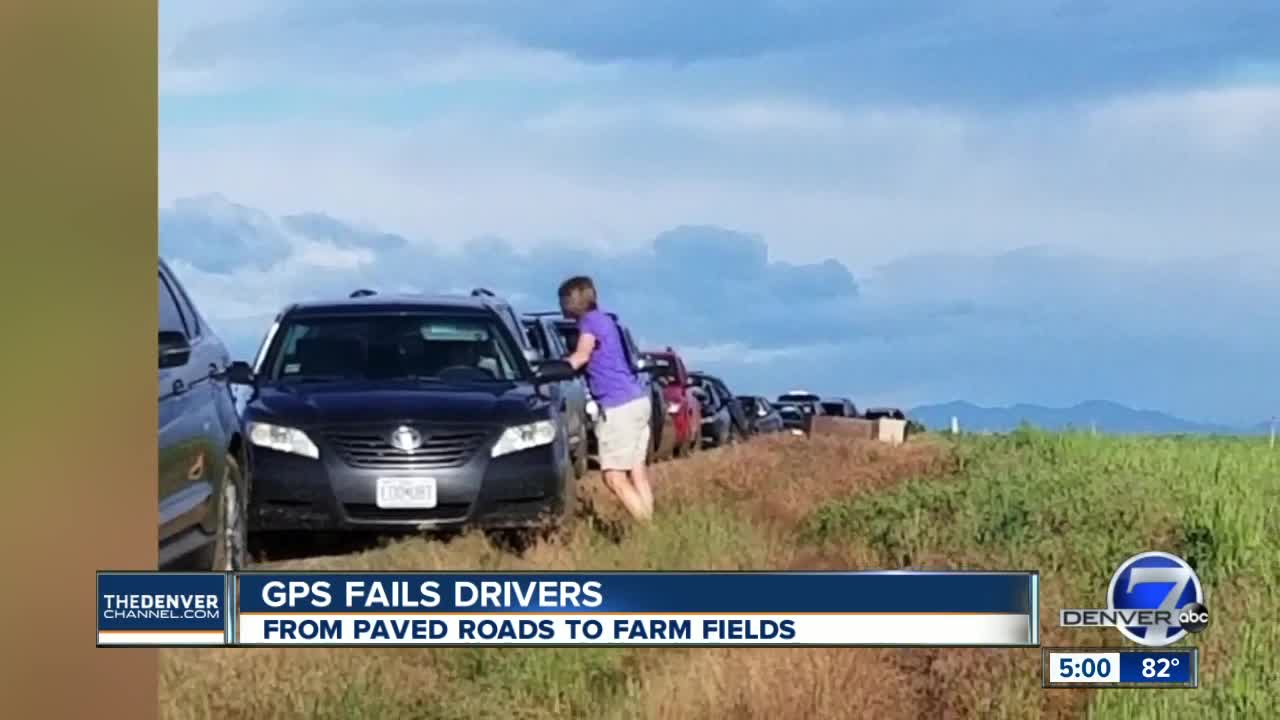 Dozens of drivers hoping to find a quicker route around a crash on Pena Boulevard on Sunday found themselves in a muddy mess. 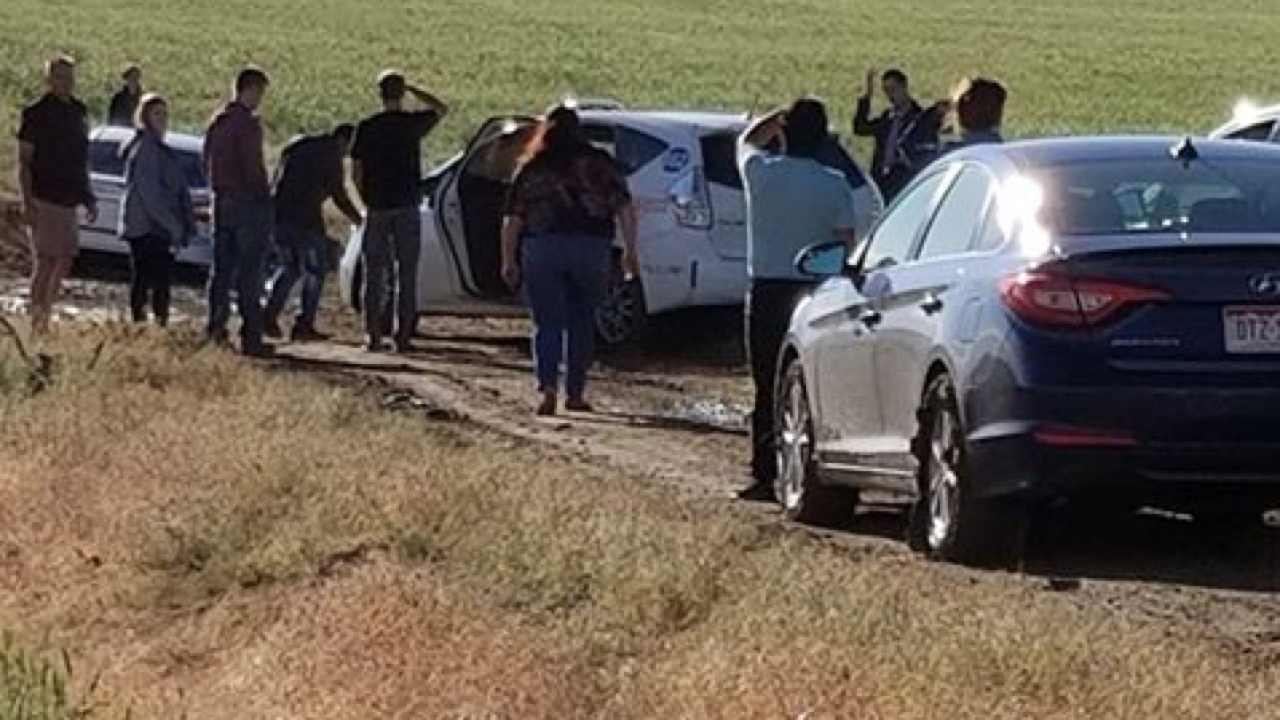 AURORA, Colo. — Dozens of drivers hoping to find a quicker route around a crash on Sunday found themselves in a muddy mess .

Connie Monsees says she was trying to get to Denver International Airport to pick up her husband at 7 p.m. local time and got stuck in traffic. That's when her Google Maps application offered a detour route.

“Google Maps asked us to take the Tower exit, so I did because it was supposed to be half the time,” she said. “It was 47 minutes from Tower Road to the terminal, so I went to the detour, which was supposed to take 23 [minutes].”

Monsees’ husband was already waiting for her at the airport, and she trusted her GPS app, so she followed the detour. Eventually, the street turned into a dirt road.

“My thought was, 'Well there are all these other cars in front of me so it must be OK.' So I just continued,” she said.

Monsees said it was sunny during her trip. However, the area had received rain earlier in the weekend, turning the dirt road into a slick, muddy mess.

“That’s when I thought, 'Oh this was a bad decision,'” she said.

Cars slid and slipped on the muddy trail. Eventually, about 100 vehicles became stuck in line behind a couple of vehicles that couldn’t make it through the mud.

The road was only wide enough for one car at a time, and Monsees says she couldn’t make a U-turn because she would have ended up in a field.

“The question is, why did Google send us out there to begin with? There was no turning back once you were out there,” she said.

Along with the mud, there were two areas in particular where the road had a deep ditch that was difficult for cars to cross.

Monsees’ car, which has all-wheel drive, made it through — along with two other weary travelers.

“I tore up the inside passenger wheel well for my tire, but it’s not that big of a deal compared to some other people who really tore their cars up and got themselves stuck out there,” she said.

Some drivers tried driving around the cars in a field but hit the ditch hard and sent their cars flying, according to Monsees.

"We take many factors into account when determining driving routes, including the size of the road and the directness of the route. While we always work to provide the best directions, issues can arise due to unforeseen circumstances such as weather. We encourage all drivers to follow local laws, stay attentive, and use their best judgement while driving."

“There are some back ways to get to and from (Denver International Airport). However, they are not all perfect. Because that was all open land, there still are some dirt roads out there and not all of them are paved yet,” said Jayson Luber, the traffic anchor for KMGH in Denver.

He believes people are becoming too dependent on smartphones and GPS apps instead of maps.

Luber, who is a distant relative of Monsees, says even his wife gets stuck in traffic jams sometimes and it’s important to know your area.

“Take a look at the Google map and it’s going to tell you where to go, but you are not a lemming and you don’t need to follow it exactly,” he said. “It’s better to find your own way and take a look at the map.”

According to the cities of Denver and Aurora, the road is privately owned an maintained. A "road closed" sign was lying on its side on Monday, but neither city knew whether the road was actually closed to traffic..

Google did not respond to a request for comment.

This story was originally published by Meghan Lopez on KMGH in Denver.