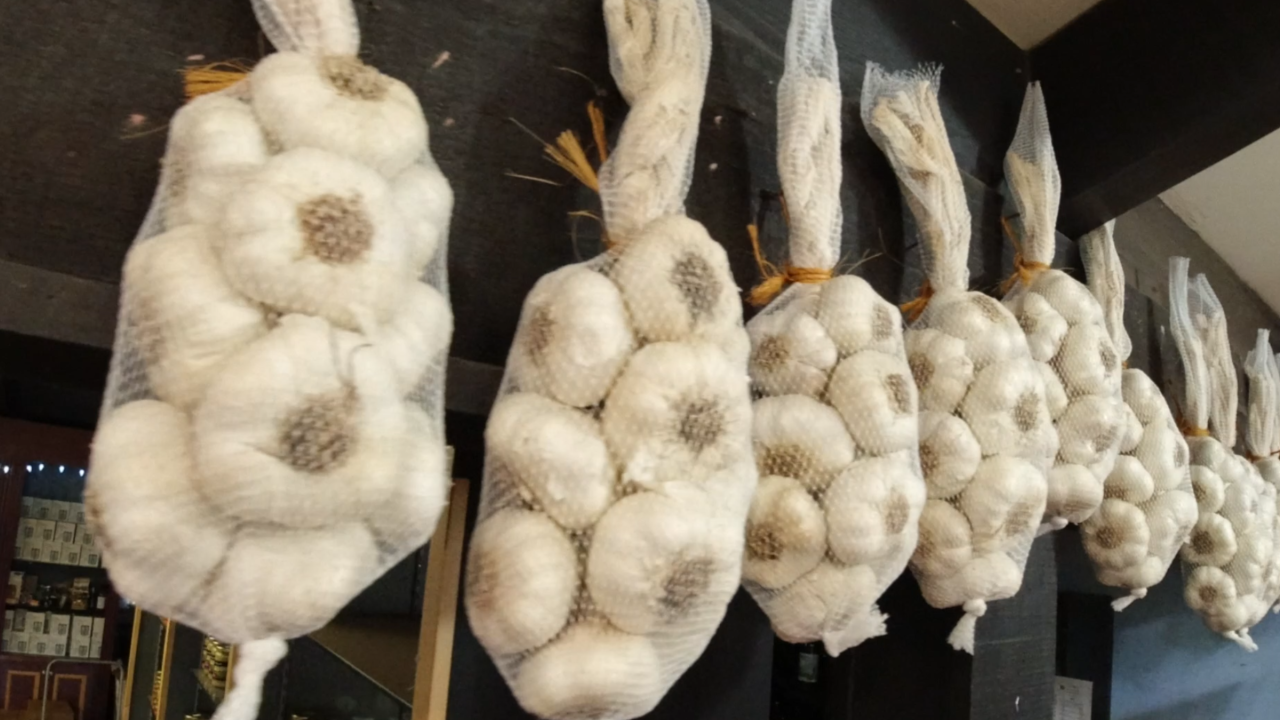 In Gilroy, California, garlic is everything and everywhere.

The "stinky rose--as they call it--is this community's cash crop, it's identity and the root of the local economy. And now, this homegrown produce is being impacted by international politics.

“The second we heard about these tariffs, we were elated,” says Ken Christopher of Christopher Ranch, Gilroy’s top garlic producer.

Christopher is talking about new tariffs recently passed down by the Trump administration. These tariffs are increasing taxes on all kinds of imported goods, including garlic, which Christopher says gives them a level playing field after years of competing against what he claims are illegal import practices.

“American garlic farmers, we're not afraid of competition,” Christopher says. “We're more than happy to compete with other countries like Mexico, Spain, and Argentina, because they play by the rules. It's when non-market actors like China try to compete and distort the rules that when we get upset.”

Christopher Ranch is the Gilroy's largest employer and its last garlic farm.

Christopher tells us that before 1993, almost all garlic consumed in America was grown in America. He says, however, that all changed when Chinese importers started illegally flooding the market with tens of millions of pounds of garlic.

“When that happened, there used to be 12 garlic farmers in America; now there's only three,” Christopher says. “It’s tariffs like these that protect the final garlic farms here.”

“When you're talking about a 25 percent on all inbound Chinese garlic, that means there's going to be a demand for California grown garlic,” Christopher says. “That's going to mean more production, more jobs, higher wages, investment in infrastructure, and a real economic shift in our community.”

With harvest just a few weeks away, American garlic farmers says these tariffs couldn't have come at a better time.