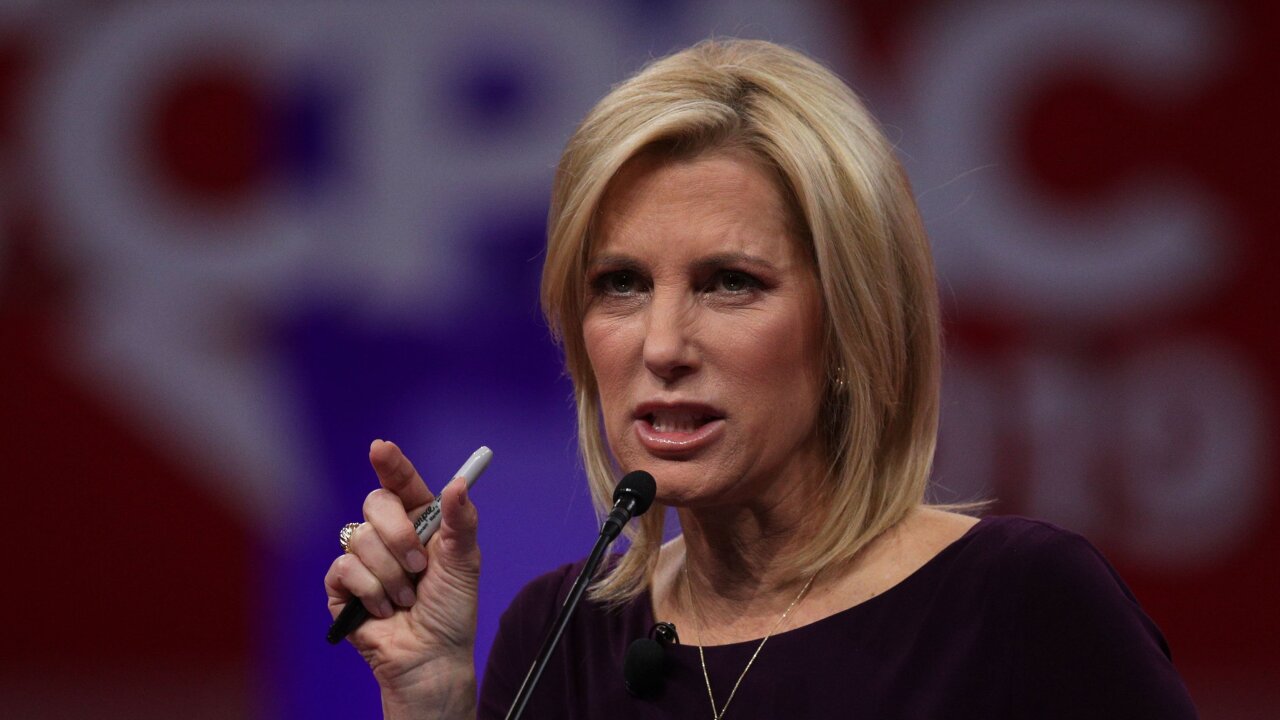 Fox News on Friday afternoon stood by Laura Ingraham after she defended a white supremacist and several other fringe people who have been banned or disciplined by large social media companies.

Ingraham's defense of the extremists on her prime time Fox show "The Ingraham Angle" came during a segment on Thursday about House Speaker Nancy Pelosi's criticism of Facebook for not removing a video doctored to make it appear she was drunk and slurring her words .

Ingraham said calls for Facebook to remove the video were a "pretext to be able to silence voices."

Later during the segment, Ingraham displayed a graphic showing images of people she characterized as "prominent voices censored on social media."

"Facebook now, what do they monitor? Quote, hate? That sounds good until you realize hate," Ingraham said. "And these are some of the people they've shunned."

The graphic included Paul Nehlen, a white supremacist who unsuccessfully ran for Congress in 2016 and 2018. Nehlen, who refers to himself as "pro-white," has had his racism and anti-Semitism well documented . Nehlen has also shared fringe conspiracy theories , including the idea that Bill and Hillary Clinton are murderers.

Nehlen, who was permanently suspended from Facebook and Twitter, is so toxic that even Gab, a platform used by members of the alt-right, banned him. In 2017, the far-right website Breitbart cut ties with Nehlen after he appeared on a white nationalist podcast.

Jonathan Greenblatt, chief executive of the Anti-Defamation League, criticized Fox News and Ingraham for the description of Nehlen.

"Paul Nehlen is not being censored because he's a conservative. He was kicked off social media for repeatedly spewing anti-Semitism & racism, and for targeting Jewish journalists," Greenblatt tweeted on Friday. "Do better, @FoxNews."

Following the backlash, Fox News released a statement saying it was "obscene to suggest" Ingraham had defended Nehlen.

"Anyone who watches Laura's show knows that she is a fierce protector of freedom of speech and the intent of the segment was to highlight the growing trend of unilateral censorship in America," the Fox News statement added.

Among the other people Ingraham included in her graphic were Laura Loomer, the far-right activist with a history of making Islamophobic comments who has been banned by most social media platforms; Alex Jones, the far-right InfoWars founder who has shared a number of conspiracy theories, including the idea the Sandy Hook massacre was staged, and who has also been banned from most social media platforms; and James Woods, the right-wing actor who was recently locked out of his Twitter account for tweeting the hashtag "#HangThemAll," which violated the company's terms of service.

Ingraham is prone to making controversial comments, and has lost advertisers as a result of some of them.

In April 2018, more than a dozen companies said they would no longer advertise on Ingraham's show after she mocked Parkland school shooting survivor David Hogg, who has become a vocal advocate for gun control.