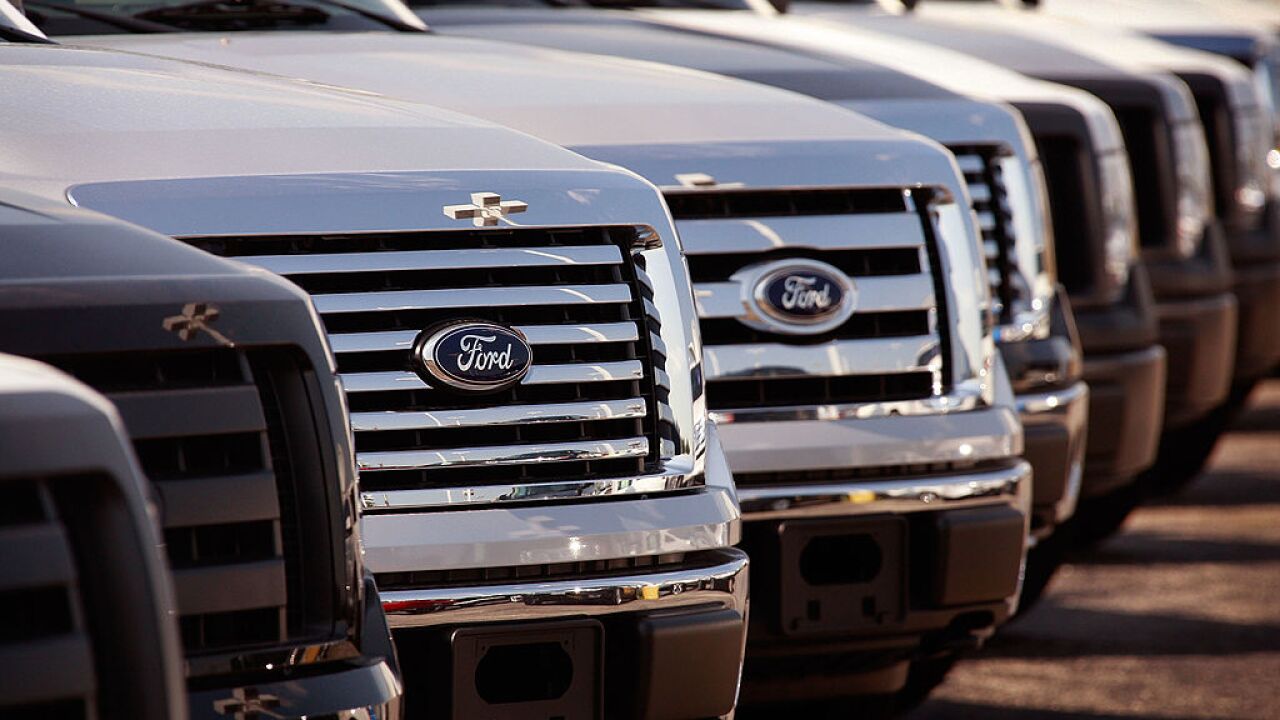 CHATOM, Ala. — A Ford dealership in Alabama is garnering some attention on social media and beyond after announcing a July 4 sale that promises customers a 12-gauge shotgun, an American flag and a Bible when they buy a new or used automobile.

"Hey y'all, this is Koby Palmer over here at Chatom Ford in Chatom, Alabama ," Palmer, the general manager of Chatom Ford, said in the video. "I just want to reach out to everybody in the area and let y'all know we're gonna be celebrating July 4 a little bit differently this year. Starting from the time between now and the end of July, to July 31, everyone that comes into our dealership and purchases a new, pre-owned or certified pre-owned car, truck or SUV, not only are they going to get the great deals and service that we provide here, they're also going to get a Bible, an American flag and, also, a 12-gauge shotgun."

The video featured all three items, with Palmer holding the shotgun, the American flag draped across the back of a cherry red Ford truck and the Bible sitting atop the tailgate of the vehicle.

Social media reactions have been mixed, with some commenters on Facebook saying they love the July 4 promotion.

"Good for you guys, God bless America," Jack Copeland wrote on the post.

"LOVE IT! We just purchased three vehicles up where we live, otherwise, I would take the time and drive to your dealership," Laura Bunn said on the post. "Love seeing those who stand up for God and Country. We are truly blessed in the USA and people need to remember that. Thank you for being true to your values."

Not everyone felt as compelled by the ad, however.

"Nooooooo thank you," Dakota Wright wrote. And Austen Omar commented with, "'Hey wanna buy a truck? Let me force my religion down your throat while I’m at it.' "

But Palmer insists the July 4 promotion isn't political or required. The general manager told Newsweek that management and sales staff came up with the idea based on what their local community values. He also said no one has to take the items if they don't want them.

As for the 12-gauge shotgun? Chatom Ford has partnerships with firearm affiliates in Mississippi and Alabama. The store isn't stocked with guns and isn't handing them out like candy. If a customer wants the free gun, they can get a certificate to take to get the gun affiliate and get a background check. If the background check clears, they get their 12-gauge shotgun.