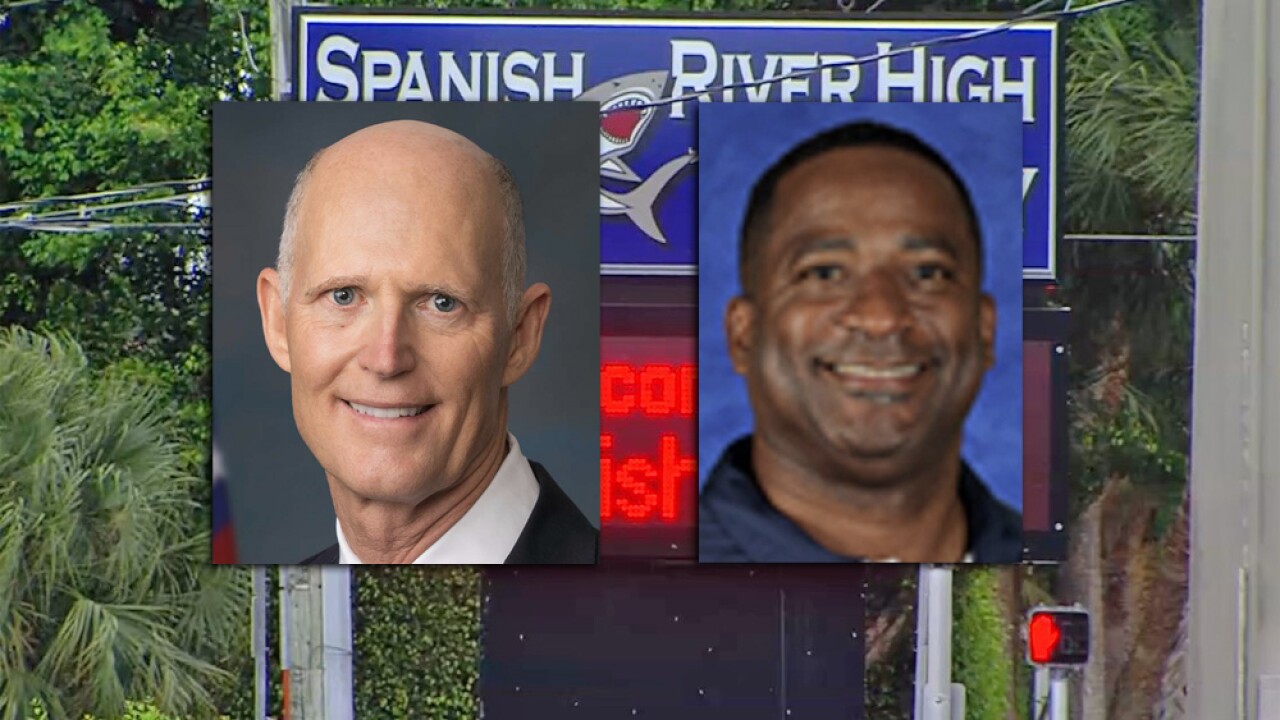 WEST PALM BEACH, Fla. — U.S. Senator Rick Scott is calling for the principal at Spanish River Community High School in Boca Raton, Florida, to be fired after he made controversial comments about the Holocaust.

William Latson was just reassigned to a district position after it was reported by the Palm Beach Post that he told a parent in an email in 2018, "I can't say the Holocaust is a factual, historical event because I am not in a position to do so as a school district employee."

Latson added that "not everyone believes the Holocaust happened."

On Tuesday, Scott tweeted that he spoke with Donald Fennoy, the superintendent of the Palm Beach County School District, and told him Latson should've been fired, not reassigned.

Spoke with @SuptFennoy this morning. This Principal should have been fired, not simply reassigned.

In a Facebook post on Tuesday, Caruso wrote in part, "William Latson is unfit to educate our children and must be terminated immediately. He is either demonstrably incompetent or a Holocaust denier. Whichever he chooses to be, one thing is certain, neither of those options should be in a position to shape young minds."

On Monday, the Palm Beach County School District said Latson was reassigned "out of an abundance of concern and respect for the students and staff of Spanish River Community High School."

In a statement, a school district spokesperson said:

"Mr. Latson made a grave error in judgment in the verbiage he wrote... In addition to being offensive, the principal's statement is not supported by either the School District Administration or the School Board."

The school district said Latson was counseled about his comments and has been reassigned effective immediately.

🔽 READ THE EMAIL EXCHANGE BETWEEN LATSON AND A PARENT 🔽

This story was originally published by Ryan Hughes on WPTV .